Representative Henry Waxman, chairman of the House Energy and Commerce Committee, said today that Toyota is more interested in defending itself from lawsuits than finding the source of problems with unintended acceleration of its vehicles. Waxman made the comments today at a follow-up hearing on Toyota’s recall of more than 8.1 million vehicles worldwide. Jim Lentz, President and Chief Operating Officer of Toyota North America was on hand

Waxman accused Toyota of “worrying more about defensiveness than about finding answers” as the Japanese automaker worked with an outside consulting firm Exponent to investigate possible issues.

In his progress report to congress, Lentz provided Congress with steps the automaker has taken to become more responsive and safety-focused. Lentz also said that Toyota’s electronic throttle control system is not to blame for unintended acceleration of its vehicles.

“Toyota remains confident that our electronic throttle control system is not a cause of unintended acceleration,” Lentz said. “Toyota and Lexus vehicles are inherently designed so that a real world uncommanded acceleration of the vehicle cannot occur. This is achieved by a redundant system design with dual computers and sensors as well as by robust fail safe architecture. We test our vehicles extensively to make sure that the fail safes and redundancies work.”

Check out Lentz’s full opening remarks after the jump.

Chairman Stupak, Ranking Member Burgess, members of the Subcommittee, thank you for inviting me here today. My name is Jim Lentz, and I am the President and Chief Operating Officer of Toyota Motor Sales, USA.

I am honored to return here to represent the 30,000 Americans who work for Toyota and the many thousands more at our dealerships and suppliers who bring great dedication and spirit to their jobs each day.

Three months ago, I told this Committee that Toyota is committed to strengthening our focus on safety and quality assurance and communicating effectively with our customers and regulators.

In subsequent hearings, four of my senior colleagues from the U.S. and Japan ““ including our President Akio Toyoda ““ also pledged to improve Toyota”s responsiveness on safety issues.

Today, I would like to update the Committee on the substantial progress we have made in honoring those commitments. We are taking major steps to become a more responsive, safety focused organization ““ listening more closely to our customers, responding more quickly to their concerns and those of our regulators, and taking concrete actions to ensure that we are among the industry”s leaders in safety.

Mr. Toyoda has made improving quality assurance his top priority, and our entire company has mobilized to ensure that Toyota vehicles are safe and reliable for our customers, not only when they are first sold or leased, but also when they are on the road.

Under Mr. Toyoda”s personal leadership, we have established a Special Committee for Global Quality, which is undertaking a top-to-bottom review of our quality assurance processes in all aspects of our global operations including design, manufacturing and after-market support.

Importantly, Toyota has appointed a new Chief Quality Officer for North America ““ a U.S.executive with more than three decades of manufacturing expertise ““ to act as the “voice of the customer” in this region. North America now has a greater say on recalls and other safety related issues that affect vehicles sold here in the United States. In fact, our Chief Quality Officer, Mr. Steve St. Angelo, has a direct line to Mr. Toyoda when it comes to ensuring our customers” safety.

These changes are having a real impact, as reflected in the speed and decisiveness of our response last month when Consumer Reports identified a potential software issue with the vehicle stability control system in the 2010 Lexus GX 460. We immediately suspended sales and within a week we had replicated the test, developed a software fix, communicated our findings to NHTSA and initiated a voluntary recall.

Our new SMART evaluation process has significantly increased the speed of our response to customer reports of unintended acceleration. SMART stands for “Swift Market Analysis Response Team.” At its core are 200 highly trained engineers and field technicians who can be deployed anywhere in the U.S. to investigate customer reports of unintended acceleration onsite.

Under this new evaluation process, the company has completed more than 600 on-site vehicle inspections and our dealership technicians have completed an additional 1,400 inspections. We have submitted 701 field technical reports to this Committee, including on-site SMART team evaluations. These examinations are giving us a better understanding about the reasons for unintended acceleration complaints.

Significantly, none of these investigations have found that our Electronic Throttle Control System with intelligence, or ETCS-i, was the cause.

As a result of these evaluations, we now understand that we need to improve our communication with customers about the features, characteristics and normal functions of our vehicles. Issues that have prompted unintended acceleration claims and concerns have
included:

ï‚· Vehicles that have not yet received the floor mat entrapment or sticking accelerator
pedal remedy;
ï‚· Cases requiring an explanation of vehicle characteristics where an increase in engine speed is normal, such as higher engine idle speed after a cold start, a slight increase in engine RPM when the air conditioning compressor cycles on, or a slight surge when the vehicle accelerates to the set speed once the cruise control is engaged;
ï‚· Concerns or questions about slight differences in the driving experience following a driveability programming update while the adaptive memory adjusts to the wear of certain components and their current operating characteristics;
ï‚· The presence of double or triple-stacked floor mats;
ï‚· Dissatisfaction with the feel of the accelerator pedal after the reinforcement bar remedy was fitted to address the potential for sticking pedals (in which case a new pedal was installed); and
ï‚· In rare cases, vehicles that were not correctly remedied during a recall.

In cases where no problem with the vehicle was found, Toyota will monitor any complaints of the vehicle identification number (VIN) closely so that any future report can be investigated with the benefit of the cumulative knowledge of the previous information related to that VIN.

We are also making extraordinary efforts to service our recalled vehicles and equip all of our new cars and trucks with even more advanced safety technologies, including our Star Safety System, brake override and improved event data recorders, or EDRs, that read both pre- and post crash data.

Our dealers have already completed nearly 3.5 million recall remedies. These modifications include:

Consistent with our pledge to Congress, we now have 150 EDR readout units in North America and the U.S. territories and are actively training our internal and field staff on their use. We have delivered 10 EDR readers to NHTSA so that it can conduct its own data retrieval from Toyota vehicles during investigations.

By the end of 2010, all new Toyota and Lexus vehicles will have EDRs that can record both pre and post-crash data. Additionally, Toyota has developed new policies and procedures for responding to direct customer requests for EDR readouts and data hand-off to help ensure a
smoother, more informed process for all parties involved.

The company plans to provide additional information to customers on how to make these requests, as well as on the process itself, on the Toyota website in the near future. Toyota is also actively developing plans to transition to a commercially available EDR readout device and software package, and remains on track to have this in place by September 2011, ahead of the 2012 federal deadline for automakers regarding EDR data capture and data accessibility.

And, Toyota is well on the way to being the first full line manufacturer to feature brake override technology as standard equipment on all our new models sold in the United States. Brake override will be available across our entire product line by the end of 2010. Our hybrids already have a braking system that achieves a similar result and we have taken the extraordinary step of retrofitting brake override on seven existing models involved in the recalls ““ some 3.3 million vehicles ““ as an additional measure of confidence for our customers.

Nonetheless, we are making a major scientific effort to further validate the safety of our vehicles by opening up our technology to an unprecedented level of independent review by respected safety, quality and engineering experts, including our new North America Quality Advisory Panel headed by former Secretary of Transportation Rodney Slater. The Panel will work closely with Toyota”s leadership team and the new North American Quality Task Force, headed by our Chief Quality Officer for North America, and will have unfettered access to information concerning Toyota”s quality and safety procedures. Its members are:

The engineering and scientific consulting firm Exponent has already completed more than 11,000 hours of testing and analysis of our ETCS-i and its comprehensive evaluation is ongoing. Engineers from Exponent have on several occasions in the past assisted the federal government itself in a wide variety of complex and high profile engineering evaluations.

Earlier this week, Steve St. Angelo, our Chief Quality Officer for North America, assumed the role of the senior Toyota executive responsible for the Exponent relationship. Mr. St. Angelo stated in his letter to Subbaiah Malladi, Exponent”s Chief Technical Officer: “As is already the case, Toyota will not limit the scope or budget of Exponent”s evaluation. Toyota remains committed to the proposition that Exponent be allowed to conduct its own independent analysis of the ETCS-i. I will do my best to make sure you continue to have unfettered access to the information and resources that Exponent”s scientists and engineers require from the company.”

Mr. St. Angelo further reaffirmed in his letter that Toyota intends to publish Exponent”s findings irrespective of Exponent”s conclusions. In addition, I have been advised by Secretary Slater that the Quality Advisory Panel he chairs will be initiating a rigorous peer review process as part of its assessment of Exponent”s findings.

A copy of Mr. St. Angelo”s letter to Exponent is attached. Also attached is a DRAFT Interim Status of Exponent”s Investigation of Toyota ETCS-i Vehicle Hardware and Software.

As Mr. Toyoda has told Secretary LaHood, we are pleased to cooperate fully with NHTSA and through NHTSA with engineers from NASA in their independent evaluations of our ETCS-i. We will also cooperate with the National Academy of Sciences on its evaluation of Toyota and
Lexus vehicles and on its industry-wide study of automotive safety.

Members of the Committee; at Toyota, we are committed to doing more than just correcting the mistakes of the past. We are learning from them and taking major steps to avoid them in the future.

I would like to quote the words of Mike Goetz, a Toyota team member of 22 years standing at our Georgetown, Kentucky plant. In “One Team On All Levels,” a book about what it means to work for Toyota written by Georgetown team members, Mike writes: “Toyota makes mistakes but we are expected to”¦take ownership to find out “˜why” and ensure we learn from them and prevent reoccurrence. We don”t just say that, we do it.”

That has been the Toyota Way for 70 years. For the future, by acting swiftly on safety issues whenever they arise, we are determined to set a new standard for quality customer care for vehicles on the road. Our goal is to lead the way for our industry. 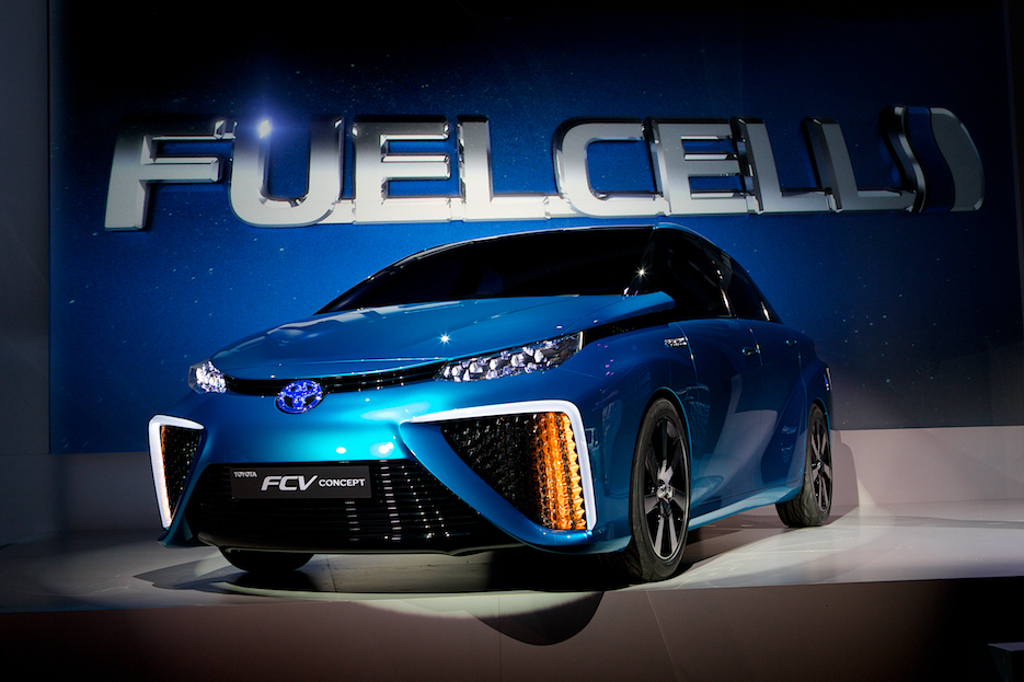 Lentz: Rebuilding Toyota’s image will be a tough process

March 31, 2010 Omar Rana Comments Off on Lentz: Rebuilding Toyota’s image will be a tough process