More and more states are allowing low-speed vehicles (LSVs) or minitrucks on public roads, but crash tests by the Insurance Institute for Highway Safety show that these vehicles mixed with regular traffic can be a very deadly combination.

“By allowing LSVs and minitrucks on more and more kinds of roads, states are carving out exceptions to 40 years of auto safety regulations that save lives,” says David Zuby, the Institute’s chief research officer. “It’s a troubling trend that flies in the face of the work insurers, automakers, and the federal government have done to reduce crash risk. On one hand you have NHTSA saying these vehicles were meant for low-risk, controlled environments or farm use, and on the other hand states are pushing them out onto the highways.”

LSVs are used for tooling around residential neighborhoods, while minitrucks are for hauling cargo off-road. While these small vehicles provide a way to cut fuel use, they don’t meet the basic safety standards that cars and pickups do, the IIHS said. The department said that these vehicles aren’t designed to protect their occupants in crashes.

The Energy Department estimates there are 45,000 LSVs on US roads. New LSVs qualify for up to a $2,500 tax credit under the American Recovery and Reinvestment Act of 2009. Many states also offer tax incentives on top of that. 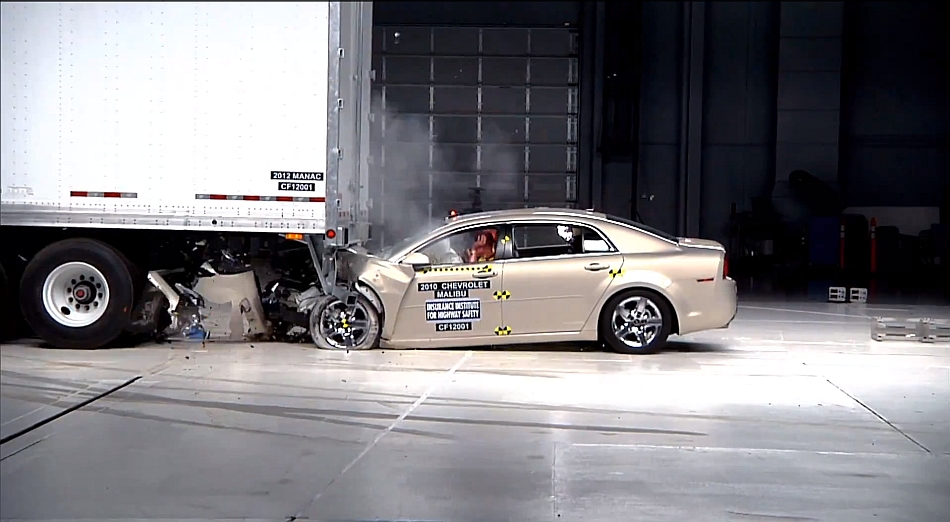 Video: Watch the Insurance Institute for Highway Safety look into the safety of semi trailors

July 10, 2013 Chris Chin Comments Off on Video: Watch the Insurance Institute for Highway Safety look into the safety of semi trailors