SMS Supercars has unveiled their brand new 2011 SMS 302 Mustang, the second in the trio of SMS American Supercars following the 2010 SMS 570 Challenger. Both will be followed by the 2011 SMS 620 Camaro later this year.

Later this year, the tuner will add the SMS 351X model. Steve says that the SMS 351X will come “with even more horsepower than the SMS 302SC, this supercharged beast will be the pinnacle performer of any production Mustang. More information on the SMS 351X will be released in the next few months.”

Corona, California. (April 16, 2010) On the day before the 46th anniversary of the debut of the Ford Mustang, which was launched on April 17, 1964, Steve Saleen, the man whose name has become synonymous with high performance Mustangs, launched his most eagerly awaited SMS Signature Series cars, the 2011 SMS 302 Mustang.

SMS Supercars President and CEO Steve Saleen says: “Many automotive enthusiasts have embraced our SMS 570 Challenger, but I know our core fans have been waiting for the first Mustang to come from the new company, SMS Supercars. I am thrilled to be able to end the suspense today. With the new 5.0L 2011 Mustang arriving at dealerships shortly, it was appropriate for us to act swiftly and present our SMS 302 Mustang based on this early model year change. We know the 302 name will excite any Mustang fan as well”.

After the successful launch of the 2010 SMS 570 Challenger in the Spring of 2009, the 2011 SMS 302 Mustang represents the second in the trio of SMS American Supercars, which will be followed by the introduction of the 2011 SMS 620 Camaro later this year. At first, two SMS 302 versions will be offered, the SMS 302 4V with a normally aspirated 5.0L engine, followed by the SMS 302 SC, using the patented SMS 296 Supercharger.

Continues Steve: “Our line of SMS Mustangs will be the only Mustangs authorized to bear my name, to use the benefit of my heritage and to incorporate performance innovations derived from my over thirty years of racing and manufacturing experience. With the extensive design, development, manufacturing, certification and warranty coverage that we put into each vehicle, the government agencies all recognize SMS as the manufacturer of record for these cars”.

The SMS 302SC will pump out over 535 hp and 450 ft-lb of torque, thanks to the use of the SMS patent pending 296 Supercharger System with Asymmetric Multi-Lobe Screws, SMS Six-PackTM Intercooler System and SMS patent pending Duo-Path Induction. Transmission options for both are a 6-speed Automatic or a 6-Speed TR3650 Manual.

The SMS 302 has a striking design that separates it from any other vehicle in the market. Chief Creative Officer of SMS, Phil Frank notes, “The SMS 302 is a dramatic, timeless and iconic visual statement that confidently leads the pack, continuing the evolution of the image of the SMS brand.” The sculpted front fascia utilizes a high volume lower radiator intake with brake ducts and an integrated front splitter with ducting for supercharged models. The striking new hood differentiates the car with its chrome trimmed heat extraction grilles. Available for either model as an option is the patented SMS Red ButterflyTM Center Ram Air Induction which debuted in 2008 on the SMS 25th Anniversary Mustang Concept. Notes Steve, “When those butterflies crack open under throttle, people stop and stare.”

The bold side skirts echo the new Mustang’s upper spear shape in the fenders while flowing seamlessly into the deep sculpting of the vented rear fascia. The high downforce rear diffuser includes a rear Formula One-style rain light in reference to Steve’s racing pedigree. The most dramatic element of the SMS 302 is the transformation of the rear of the car through the integration of the rear fascia, rear fender caps and the trunk lid spoiler; which creates a longer silhouette and its exotic car good looks and makes the SMS 302 unmistakably a Steve Saleen product.

Through the years, Steve’s cars have become collector’s items and many have held or even gained value due to their exclusivity and authenticity. After passing the extensive quality control and dynamic driving test, each SMS 302 is personally signed by Steve and then receives its matching serialized SMS VIN on the engine bay plaque, dash plaque and front bumper for authentication.

While the SMS 302SC can win a fight with almost anything on the road, another legendary moniker is making its way back onto the road. Later this year, SMS Supercars will add the SMS 351X model. Says Steve: “with even more horsepower than the SMS 302SC, this supercharged beast will be the pinnacle performer of any production Mustang. More information on the SMS 351X will be released in the next few months”.

SMS is in the process of completing the production run of 25 Limited Edition SMS 460 and 460X Mustangs based on the 2010 model year. These unique collector’s items are powered by a supercharged 4.6L V8 engine. All of them are sold.

SMS Supercars, a company founded by renowned race driver and automotive icon Steve Saleen, is a manufacturer of high-end lifestyle performance vehicles, technical performance parts, lifestyle accessories and apparel. SMS Supercars designs, engineers, tests, certifies, manufactures and assembles all of its own products and vehicles. SMS Supercars vehicles include the SMS 570 and 570X Challenger and the SMS 302 4V, 302SC and 351X Mustang models. The SMS 620 and 620X Camaro models will complete the trio of SMS American Supercars in 2010. 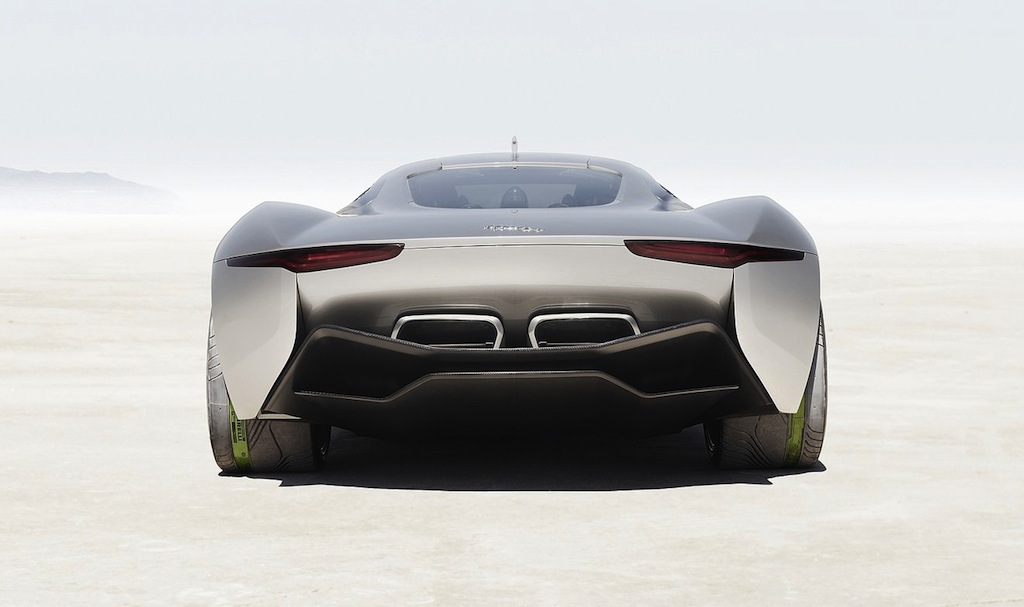