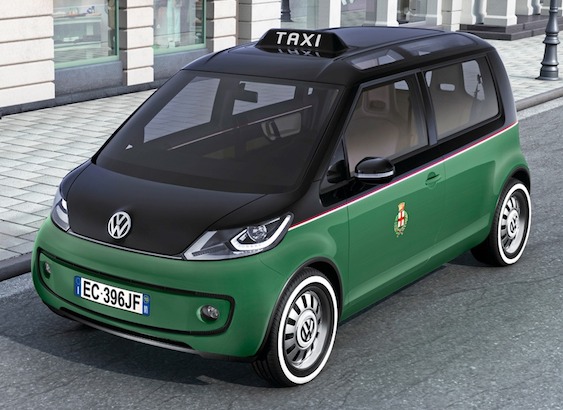 Volkswagen has already announced that it will launch its first production electric-vehicle for individual mobility sometime in 2013. However, Volkswagen said today that it is also concentrating on electric-vehicles in the public transportation segment.

Making its debut at the Hanover Trade Show is Volkswagen’s Milano Taxi, a concept car that has been created as an electric MPV with innovative features such as a swivel-sliding door that opens in a forward direction and customizable taxi touchscreens (things that never really make it to the production model).

Power for the Milano Taxi comes from an 85 kW 114-hp electric-motor, which is supplied energy via a lithium-ion battery under the concept car’s body. Volkswagen says that it is possible to cover distances of up to 186 miles on a full charge and that the battery can reach 80 percent charge in just over one hour. Not too shabby at all.

Wolfsburg / Hanover, 19 April 2010 – Volkswagen has announced that it will launch its first production electric vehicles in 2013. Electric cars that are driven emissions-free will revolutionise mobility over the mid-term, especially in urban areas. However, Volkswagen is not just thinking of individual mobility here, but is also considering its possibilities as a vehicle in public transportation. That is why Volkswagen is now showing ““ in a world premiere at the Hanover Trade Show ““ just how a large-scale production taxi driven by an electric motor might look. The “Milano Taxi” concept car that has been created is a city MPV tailored to the needs of taxi drivers and their passengers in its many innovative details such as a swivel-sliding door that opens in a forward direction and customisable taxi touchscreens.

Design for a new automotive era

The two-tone paint of the concept car – green and black – is the Volkswagen brand”s tribute to the fashion metropolis of Milan. That is where taxis were once painted in precisely this colour combination. A beautiful tradition and an example of how this concept can be visually adapted to the specific taxi look of any metropolis on the globe. Until then, it must be said that the Milano Taxi is still purely a concept vehicle. However, its styling that bears similarities to the legendary Volkswagen Samba bus, its emissions-free drive system and the very tangible, practical benefits of a compact space wonder could very quickly make it a highly coveted vehicle in cities like Milan, Berlin, New York, Beijing, Cape Town, London, Moscow or Tokyo.

The exterior: “One door less is all the more for a taxi,” is what Walter de Silva, Head of Design for the Volkswagen Group, decided, and this had a crucial impact on this vehicle”s technical and visual concept even before the first pen stroke was made. And in fact, De Silva is right. The safest way for passengers to enter and exit a taxi in city traffic is on the sidewalk side. And that is why the development crew sent the Milano Taxi on its way with just a single swivel-sliding door that opens far forward (!) on the passenger”s side. Thanks to the entirely new development of a mechanism with two-axis kinematics, this door opens wide to offer a broad entrance. The swivel-sliding door also extends well into the roof, so it also offers an enormous opening in terms of height. Apropos: The Milano Taxi is 1.60 metres tall, 3.73 metres long ““ or more accurately short, and 1.66 metres wide.

Similar in style to the Volkswagen Samba Bus of the 1950s, the outer roof areas are designed to be transparent (as part of the doors in front and at the right rear). This unmistakable design characteristic of the brand ““ together with a panoramic glass roof – creates a bright and friendly interior ambiance. In addition, passengers aboard the taxi will appreciate the added viewing perspective of the city”s architecture. Also designed in a translucent material is the taxi sign mounted over the glass roof; the taxi lettering lights green when the taxi is available and red when it is not, and it is unlit whenever the car and driver are taking a break.

Form and function on the Milano Taxi ““ designed by Klaus Bischoff, Head of Design for the Volkswagen Brand, and his team ““ engage in an interplay that benefits the vehicle. That is because every detail follows the goal of realising a taxi concept that is as appealing as it is practical in everyday use. For example, the lateral surfaces and the rear of the car body rise steeply upward; not only is this stylistic characteristic reminiscent of the first generation of VW buses; it also creates even more space in the interior.

The concept car now being presented in Hanover also opens a window to the future, since the genes of a future Volkswagen “design DNA” are already recognisable in the Milano Taxi. Consider the front end: It is no coincidence that it displays a prominent friendly and self-assured “face” with stylistic hints of Volkswagen icons such as the Beetle and the Samba bus. These specific genes also include the front bonnet that is drawn down low as well as the “elimination” of the classic radiator grille. An entirely new element is the transparent crossbar that joins the two headlights.

Another prime example of the reversal of the “form follows function” design principle is the interface for charging the batteries: The connector is located beneath the VW logo that swivels upward on the “E-motor bonnet”. Meanwhile, styled in a black, transparent look, like the roof, is the laterally swinging rear door with its 60:40 split.

Intelligent screens reign in the automobile

Volkswagen is one of the most successful taxi producers in the world. Even in New York, the first Volkswagens are appearing as Yellow Cabs. Volkswagen”s decades of experience in the taxi business are also expressed in the Milano Taxi”s interior concept.

The interior: The front passenger seat was quite intentionally left out on this taxi. In its place, there is a cargo space for luggage; the design of the instrument panel in this area was modified accordingly, creating additional space. Since luggage does not need to be lifted high over a sill, it is easy for passengers to stow the luggage themselves and secure it with a holding bracket at the press of a button. The actual bootspace behind the rear bench is only intended for small articles of gear; this is done to free up as much space for rear passengers as possible. And it is truly abundant: Knee room behind the driver”s seat rivals that of full-size luxury saloons (120 millimetres). A passenger sitting on the right rear seat can even stretch out his or her legs completely thanks to the nonexistent front passenger seat. In the rear, interior height is nearly unlimited too, thanks to a headroom dimension of 994 millimetres.

In the Milano Taxi, the need for passengers to always have to gaze at the taximeter in the front to see the current charges is now a thing of the past. The reason: There is an 8-inch touchscreen in the rear next to the driver”s seatback. It not only displays taxi charges but simultaneously offers the option of paying by credit card via a card reader. During the drive, passengers can also call up information (in various languages) about “points of interest” (POIs) along the route, navigation data (route overview, remaining route and arrival time), weather data and the current date and time. In addition, passengers can make climate control adjustments for the rear from the touchscreen.

Yet, a taxi is not just the most comfortable means of transportation for passengers; it is also the workspace for the driver. That is why Volkswagen placed high priority on an optimal design in this area of the Milano Taxi as well. One result of development work: a new Taxi Interface, on which important indicators and controls are bundled on an 8-inch touchscreen near the centre console. This screen is intuitively operated and includes the following functions: taximeter, door opener for the passenger space, trip computer, navigation system (destination input by keypad, handwriting or speech control), energy flow and power status indicator of the electric drive, climate control (for driver and rear seating space), taxi radio and telephone, clock time and online data showing a regional events calendar and weather data. The driver can call up the menu interfaces for basic functions in just seconds by shifting the application pages up or down on the touchscreen.

In addition, taxi drivers can load their personal applications and customise the sequence of functions in the display. A clever feature: The instrument cluster in front of the driver (including speedometer, odometer and navigation instruments) is networked with the touchscreen on the centre console. Up to four functional modules may be “moved” to the instrument cluster by a simple stroke movement of the fingers, so that they can be visualised there in a smaller form.

The driver sits in a specially customised space. Its ergonomics are designed for a long work day with a sport seat and an armrest integrated in the stationary seat border (separating the driver”s space from the rear and luggage spaces). Located in front of this are the multifunction switch for the engine (Start/Stop) and gearbox control (D, N, R).

The Milano Taxi, with its top speed of 120 km/h is driven by an electric motor with a peak power of 85 kW (continuous power: 50 kW). The motor is supplied with energy via a lithium-ion battery integrated in the concept car”s underbody. Thanks to the implemented battery storage capacity of 45 Kilowatt-hours (kWh) and the relatively low vehicle weight (1,500 kilograms), despite the battery, it is possible to cover distances of up to 300 kilometres (per NEDC) depending on driving style. The storage battery can readily be recharged to up to 80 percent of its total capacity in just over one hour, the exact time depending on the available recharging infrastructure and battery”s momentary charge state. 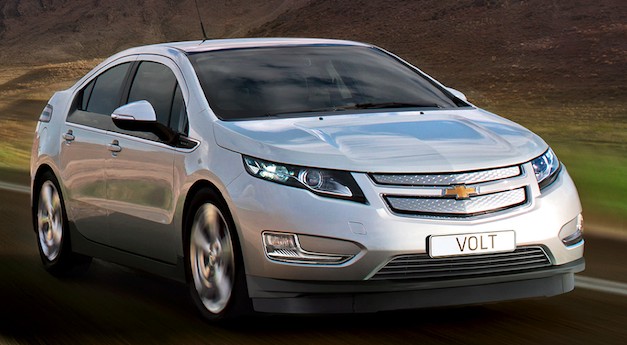