Lexus announced today that the new 2011 CT 200h compact hybrid hatchback will go on sale in the U.S. in early 2011 as the first dedicated hybrid in the luxury compact segment.

“The CT 200h is expected to lead the class in fuel economy and deliver low emissions, but the CT 200h isn”t just about being a hybrid, it”s about having fun,” said Mark Templin, Lexus division group vice president and general manager. “The stylish CT 200h has an attitude and driving dynamic unlike any other Lexus hybrid. It will excite eco-conscious, young consumers and symbolize urban, luxury living.”

Lexus has yet to announce official fuel-economy and performance figures of the CT 200h, but they’re expected to be impressive nonetheless – at least the fuel-economy figures. Prices will be announced closer to launch date.

The 2011 Lexus CT 200h will make its stateside debut at the 2010 New York Auto Show next week. We’ll be there live covering the show as it happens so make sure you join us starting March 31.

NEW YORK ““ March 22, 2010 ““ Lexus announced today that the all-new CT 200h premium compact hybrid will go on sale in the U.S. in early 2011 as the first dedicated hybrid vehicle in the premium compact segment.

The sporty five-door will be on display March 31 through April 11 at the 2010 New York International Auto Show. The new CT 200h debuted at the 2010 Geneva Auto Show in early March and will join the HS 250h as Lexus” second dedicated hybrid.

To reach this energetic and technology-savvy buyer, Lexus is taking a new approach to marketing the CT 200h. As part of an integrated launch in the U.S., Lexus will release a breakthrough interactive short film that offers a new take on the test drive by providing the viewer a fully immersive way to experience the new Lexus CT 200h.

The CT 200h”s Lexus Hybrid Drive technology features two motor generators. Each performs specific functions and can operate as both a motor and generator. The engine-driven generator can charge the battery pack or provide additional power to the drive motor as needed. The drive motor is driven by electrical power from the hybrid battery pack or generator and provides motive force for the front wheels. The hybrid battery pack is located under the rear cargo area within the wheelbase for optimized balance.

The electric motor, generator and power split device are all housed in one highly compact casing the size of a conventional gearbox, with drive to the front wheels provided by Lexus Hybrid Drive”s quiet and smooth shift-by-wire, electronically controlled continuously variable transmission (E-CVT).

The CT 200h will also be equipped with four drive-modes: Normal, Eco, Sport and EV. Normal mode has an essentially linear throttle response that gives naturally progressive power while the Power Control Unit (PCU) limits drive voltage to a maximum of 500 volts. The Eco mode adjusts air conditioning settings and the throttle for the best possible fuel economy. For an enhanced fun-to-drive experience, Sport mode, a first for the Lexus hybrid line-up, can be selected. Sport mode provides more direct Electric Power Steering (EPS) settings and throttle while the PCU boosts drive voltage to a maximum output of 650 volts. Vehicle Stability Control (VSC) and Traction Control (TRAC) are less intrusive when Sport mode is selected, allowing for more lively driving. In EV mode, under certain circumstances, the vehicle can be driven up to one mile using only the electric motors.

The sporty premium compact hybrid will also feature an ECO driving indicator that illuminates when the vehicle is being operated in an environmentally sensitive manner.

Active and Passive Safety
Like all Lexus vehicles, CT 200h will be equipped with many standard active safety features including an anti-lock brake system (ABS) with electronic brake-force distribution (EBD), Brake Assist (BA), TRAC and VSC.

The four-channel, four-sensor ABS helps reduce stopping time and improves control while braking. EBD monitors all four wheels during braking and varies brake pressure to each wheel based on driving conditions and available traction.

During hard braking the BA system helps boost braking force when the driver does not apply enough pressure to the brake pedal. BA intervenes when the system senses that the driver”s action indicates an emergency-stopping situation and allows the driver to benefit from more of the vehicle”s full braking power.

TRAC helps optimize traction by working with the Electronic Throttle Control System (ETCS), ABS and VSC to help prevent the drive wheels from spinning while accelerating under slippery conditions.

The VSC system is designed to help identify when the tires experience lateral slippage during cornering, or turning on slippery road surfaces. VSC responds by applying the brakes and reducing the throttle to help keep the vehicle on track. VSC works in concert with ABS and TRAC systems on slippery or dry road surfaces.

The Pre-Collision System (PCS) with Dynamic Radar Cruise Control will be available as an option on CT 200h. Dynamic Radar Cruise Control uses millimeter-wave radar to measure and help maintain a pre-set distance from a vehicle traveling ahead. PCS is equipped with a front-mounted radar sensor that can detect certain obstacles in front of the car. The PCS computer helps determine whether a frontal collision is unavoidable using information from the radar sensor, vehicle speed, steering angle and yaw-rate inputs. In such a situation, PCS alerts the driver with audible and visual warnings, and pre-initializes BA so that increased braking will be applied the instant the driver depresses the pedal. In addition, PCS will preemptively retract front seat belts.

The CT 200h will incorporate a standard eight airbag Supplemental Restraint System (SRS) with dual-stage airbags and knee airbags for driver and front passenger, side curtain airbags, and front seat-mounted side airbags to help protect passengers in certain types of severe frontal or side collisions.

Chassis/Body/Suspension
Lexus engineers developed the five-passenger CT 200h for excellent handling and a comfortable ride. Its fun-to-drive experience is aided by the lowest possible center of gravity for the car and the concentration of mass as close to the center as possible. Engineers positioned the seats as low and as close together in the chassis as possible without sacrificing comfort. They also created a low ride height and driver”s hip point to further enhance driving control and enjoyment.

For superior driving dynamics, particular attention has been paid to structural rigidity through the optimization of weld points, and the reinforcement of the wheel mounts, steering gearbox mount, steering column assembly, and the suspension members. To help minimize unnecessary engine movement and achieve a precise steering feel, the front engine mounts have unique lateral stabilizers.

The CT 200h will offer a comfortable ride and have a more direct steering feel with the help of a feature unique in the premium compact segment, a front and rear body-damping system. This system, a first to the Lexus line-up, absorbs and minimizes undesirable body vibrations.

A custom suspension design combining a MacPherson strut front system with a unique, double wishbone architecture to the rear helps the CT 200h offer excellent handling. Numerous elements of the MacPherson strut front suspension system were developed exclusively for the CT 200h by Lexus engineers. The rear suspension features a lightweight trailing arm and positions the coil spring and shock absorber separately to minimize system intrusion into the cargo floor.

Exterior Design
CT 200h, with visible links to the LF-Ch compact hybrid concept that debuted at the 2009 Frankfurt Auto Show, was designed to be a fun-to-drive luxury vehicle that achieves high fuel efficiency. The overall design combines sportiness, and elegance. The low center of gravity design combines short front and rear overhangs with a lowered edge of the rear roof allowing the CT 200h to cut through the wind. The grille and headlamps with standard LED daytime running lamps illustrate airflow with their three-dimensional arrowhead-shaped design cues, and strongly emphasize the unique, dynamic face of the CT 200h. Like all Lexus hybrids, the CT 200h has a blue “L” logo in the center of its grille.

The CT 200h is further distinguished by its long, aerodynamic roofline and unique Lexus slingshot window graphic. Its elegant silhouette is marked by a steeply raked windshield and flowing roofline. In the rear, the trailing edge of the roof overhangs the wide, wraparound window to create a seamlessly integrated spoiler housing a high-mount stop light. A pronounced step in the rear bumper flows from the muscular rear wheel arch shoulders, and is anchored by a sweeping taillamp design that incorporates a Lexus-unique L-shaped motif, first introduced in the LS flagship luxury sedan. In addition, the hood and rear hatch door are made of aluminum to minimize weight.

Interior Design
The CT 200h interior focuses on the driver, and is based on clearly divided display and operational zones. This layout positions functional equipment such as Remote Touch, the shift lever and steering wheel mounted audio controls close at hand, allowing the driver to operate them without having to change posture or divert attention from the road. The instrument panel, center cluster and console all make up what Lexus designers call advanced Human-Machine Interface (HMI). Based on Lexus L-Finesse design philosophy, the interior exudes a sporty yet spacious environment. The driver-centered cabin then combines these sporty touches with refined interior components that have been carefully designed to express the true form and fit of the material. The cabin is trimmed with metal and a new synthetic material called NuLuxe™ that is soft to the touch like leather. Leather-trimmed seating will be available as an option.

A sporty, wide-grip steering wheel gives the driver command of the road while three large, high-visibility dials, speedometer, tachometer/hybrid meter and fuel gauge, in the instrument panel (IP), provide the driver with pertinent information. In Normal or Eco modes, the IP features a blue background. When the Sport mode is selected, a tachometer replaces the hybrid meter on the IP and the IP back lighting turns red. The drive mode switch and center console are also illuminated in red adding to the cabin”s sporty atmosphere. 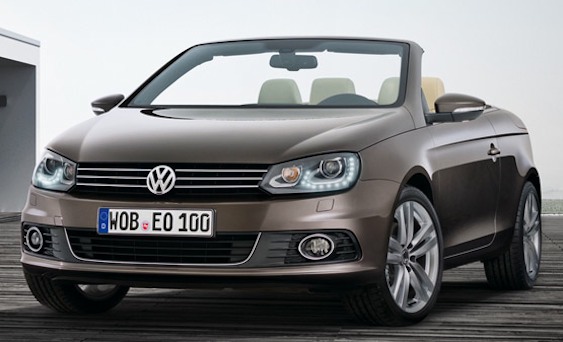