If you’re someone that knows cars and hears the words “head-up display” you automatically think of a little projector that magically shows your speed limit and other information directly on small area of your windshield. Well, General Motors R&D is taking it a step further and is studying a new system that would be able to gather data from vehicle sensors and cameras and project images generated by ultra violet lasers onto the entire surface of the windshield.

What’s so new about this new head-up display technology? Imagine you’re driving in heavy rain or fog and can barely see the road. The new system can use compact lasers and the lane detection system to project a virtual road edge onto the full windshield to help drivers stay on the road.

Combined with night vision technology, the new head-up display can also highlight objects such as deer for the driver, helping prevent potential accidents.

How long before GM implements this revolutionary head-up display system into production models? Nothing confirmed yet but the Detroit automaker says “it’s not far away.”

Warren, Mich. — Imagine a fog-shrouded morning when you cannot see the end of your driveway let alone the road you”re about to drive. Wouldn”t it be great if the sides of the road could magically appear on your windshield?

It”s not magic, and it”s not far away either.

General Motors R&D and several universities are working on a system that would use data gathered from an array of vehicle sensors and cameras and project images generated by compact ultra violet lasers directly onto the entire surface of the windshield,

Enhanced vision systems are a 21st Century take on Head up display technology that GM was the first to market in 1988. Designed to help keep driver attention on the road ahead by displaying important information such as vehicle speed, lane change indicator status and vehicle warning messages directly into the driver”s field of vision, head-up display systems are currently available on the GMC Acadia, Chevrolet Corvette, Buick LaCrosse and Cadillac STS.

Scientists and lab technicians at GM”s global research and development in Warren, MI, are now developing next-generation head-up systems that could transform the everyday windshield into a device that can make driving even safer. While the full windshield head-up system has not yet been identified for a future GM vehicle program, Seder says some of the supporting technologies could end up in GM vehicles in the near-term future.

Coated with a series of transparent phosphors which emit visible light when excited by a light beam””in this case from a compact laser””the windshield becomes a large area transparent display, instead of current HUD systems that use only a small portion of the windshield.

The ability to use such an expansive surface enables the system to alert drivers of potential dangers that may exist outside of the normal field of vision””including children playing or motorcycles passing.

On that foggy day, maybe worsened by sleet or snow, the enhanced vision system could combine night vision with the head-up system to identify and highlight the precise location of animals roaming along the side of the road that could have avoided recognition with the naked eye.

“This design is superior to traditional head down display-based night vision systems, which require a user to read information from a traditional display, create a mental model and imagine the threat”s precise location in space,” Seder said

As an added safety feature, the head-up system can be combined with automated sign reading technology, similar to the Opel Eye system that debuted on the 2009 Opel Insignia, to alert the driver if they are driving over the posted speed limit or if there”s impending construction or other potential problems ahead. Additionally, the system can use navigation system data to alert the driver of their desired exit by reading overhead traffic signs.

“We have done testing on a number of drivers and their performance is better relative to head-down systems that are commonly used in vehicles today,” Seder said. “It”s a compelling design.” 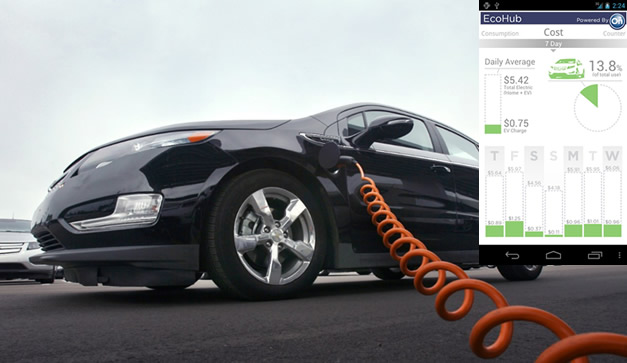 October 29, 2009 Omar Rana Comments Off on Chrysler to offer Mobile TV in its vehicles with up to 20 channels