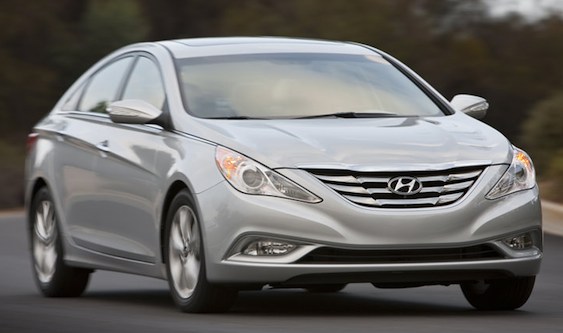 Kelley Blue Book announced today that its latest Market Intelligence data shows that brand loyalty for Hyundai has surpassed that of Honda and Toyota, making Hyundai’s brand loyalty No.1 among car shoppers.

“When comparing February 2010 data to Q4 2009, Korean import automaker Hyundai has seen the greatest recent increase in loyalty, with Hyundai owners looking at new models within the brand increasing by 10.4 percentage points to 56.3 percent,” kbb.com said in a statement. “This surge leads Hyundai to the top spot in brand loyalty on kbb.com for the first time in recent history, up from third place in Q4 2009.”

In the same timeframe, kbb.com says that Toyota fell from No.1 to third place while Honda continued its steady hold at second place.

“Hyundai is clearly benefiting from ‘a perfect storm’ – a result of introducing passionate new products like the 2011 Sonata and 2010 Tucson, while Honda’s mainstream vehicles like the CR-V and Accord are a bit stale in the marketplace and Toyota is experiencing a huge consumer perception crisis,” said James Bell, executive market analyst for Kelley Blue Book’s kbb.com. “To sustain this momentum, Hyundai should continue to promote its attractive new-vehicle lineup, solid warranty offer and strong price-points to new-car shoppers. Hyundai’s main challenge in the near future will likely come from domestic automakers like Ford and GM as they gear up for battle over buyers starting to look for a change from ‘Camry-land.'”

Also, according to Kelley Blue Book Values data, throughout the month of February 2010 Hyundai outperformed the overall car segment average by a healthy margin.