FoMoCo announced in Dec. 2009 that it had more than 1,000 reservations for the 2010 Ford Fiesta six days after launching a new Web site that allows consumers to build, price and reserve the compact hatchback. Last week, FoMCo confirmed that it now has 6,000 reservations, with half of them from non-Ford customers and more than 100,000 handraisers showing interest in the new fuel-efficient Ford.

“The Reservations program is providing Ford with a better understanding of consumer preferences, Ford said in a statement. “Nearly 60 percent of customers are opting for high series models, and 65 percent are choosing the five-door hatchback. Among the top three color choices are Blue Flame and Lime Squeeze.”

“People saw the Fiesta come to life through the Fiesta Movement, a program where 100 young trendsetters drove a European-spec Ford Fiesta for six months, which created tremendous interest for the vehicle,” said Sam De La Garza, Fiesta brand manager. “That interest now has translated into 6,000 reservations from interested consumers who can build and price their Fiesta.”

Fiesta reservations can be made by visiting www.fordvehicles.com/2011fiesta or by texting “reserve” to 4Ford on an iPhone or BlackBerry. 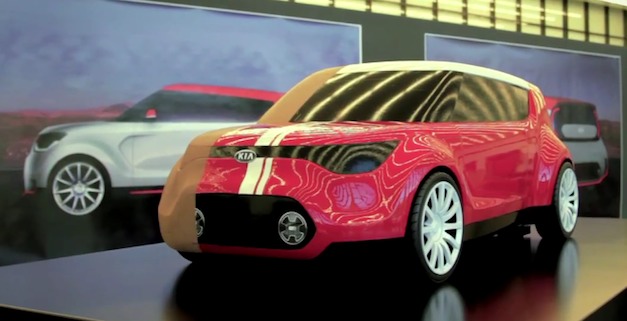 Video: How Kia went about building the Track’ster Concept

February 15, 2012 Omar Rana Comments Off on Video: How Kia went about building the Track’ster Concept