Just before the end of last year, Nissan unveiled the stateside version of the 2010 Nissan 370Z 40th Anniversary Edition. At the 2010 Geneva Motor Show, Nissan will once again celebrate 40 years of the Datsun 240Z with the Euro version, known as the 370Z Black Edition.

The 2010 Nissan 370Z Black Edition, available only as a coupe and gets two metallic shades including black and quartz, dark grey 19″ aluminum forged RAYS wheels, red brake calipers and 40th Anniversary emblem on the back door. Inside, the 370Z Black Edition gets red leather & suede trim on the seats and doors with 40th Anniversary logo seats. It also gets a leather wrapped steering wheel with red stitching and red stitching on the centre cluster, centre console and knee pads.

Just over 40 years ago a motoring icon was born. As the sixties moved into the 1970s, the Datsun 240Z was launched on the US market. American drivers instantly fell in love with the car and sales in that one market alone regularly topped 50,000 units annually. The Z legend had begun.

Now four decades, six generations and well over a million cars later, Nissan is introducing a special celebratory version of the newest two-seater to wear the famous Z badge – the 370Z.

The 370Z Black Edition marks the 40th anniversary in style. Available from April as a coupÃ© only, and in a limited edition run of just 370 units in Europe, it comes in two distinctive metallic shades: black and quartz. Both paints use Nissan’s pioneering Scratch Shield technology, ‘healing’ the finish in the case of stone chip damage.

Inside the 370Z Black edition there are:

The exterior of the 370Z Black can be identified thanks to:

Among the many benefits are vastly extended mapping which now includes Turkey, Eastern Europe and Russia, as well as a new easy to follow 3D navigation guidance with improved graphics and a more realistic depiction of the road and landmarks ahead for many of Europe’s principle cities. The resolution of the new 7 inch screen is up to four times better than the previous generation system.

The new generation system uses a touch-screen interface, maximising both ease of use and safety not only for the navigation, but also for other functions such as Bluetooth phone connectivity and entertainment. It is also possible to operate the system using voice recognition.

The new generation navigation system also allows USB connectivity for portable audio devices. Furthermore, DVDs can be played on the centrally mounted navigation screen (when the car is stationary), while external audio and video devices can be connected via the VTR connections that are found in the central storage box.

In terms of its mechanical specification, the Black Edition matches the standard 370Z. That means a 3.7-litre 24-valve twin cam V6 developing 328PS and a limited top speed of 155mph and a 0-62 mph time of 5.3 seconds (5.6 seconds for the automatic version). The 2010 model year update means the 370Z is now fully compliant with forthcoming Euro 5 emission legislation.

Since its launch in June 2009, more than 1,050 examples of the 370Z have been sold across Europe, an exceptional achievement for a niche product in extremely challenging market conditions. The car’s largest market to date has been the UK, followed by France and Germany.

“The “˜story of Z’ is full of positives, with success not just in the sales charts all over the world but on racetracks and at award ceremonies, too. The 370Z Black Edition is a fitting tribute to a great car,” said Vincent Wijnen, Nissan’s European Vice President for Marketing.

Customers can order the 370Z Black Edition from all Nissan High Performance Centres and throughout the dealer network with deliveries starting in April. 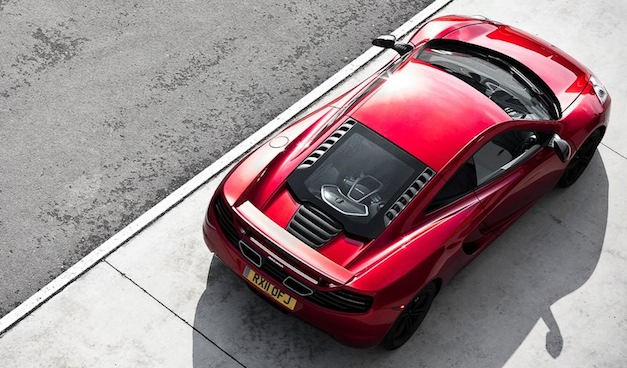