Toyota is well-known to be a family affair, still controlled by members of the founding family; Akio Toyoda sits as president while his father, Dr, Shoichiro Toyoda serves as honorary chairman and remains deeply involved in operations.

Such being the case, one would have expected to see and hear from at least one of the Toyoda”s with regard to the recent recalls facing the company, but that was not to be. Instead, an American sales exec by the name of Jim Lentz was the one to face questioning on behalf of the company. Lentz, who is one of the top executives in the field, is not Toyota”s top exec, nor is he an engineer; bringing to question his qualifications to address this issue. Many in the industry have grown short with the Toyoda”s for not addressing the safety crisis with their leading market head-on.

CEO Akio Toyoda has even acquired the moniker “˜No-show Akio”. In fact, Toyoda was seen hopping into an Audi after a conference last week in Europe.

Toyota has historically had a poorly developed sense of communication with the American market. Toyota is a company run by engineers, who are more adept to root-cause problem solving than any artful PR moves.

Despite the above PR challenge to the the company, the company has made slow but steady progress towards warmer relations, but that has gone by the wayside given their handling of the current situation. With out some prolonged media exposure by the Toyoda family, the company”s ability to continue to grow and expand on the global market comes into serious question. 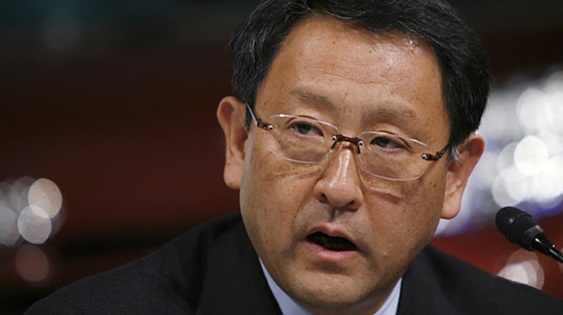 June 29, 2012 Omar Rana Comments Off on BMW and Toyota further expand collaboration, will build a sports car together