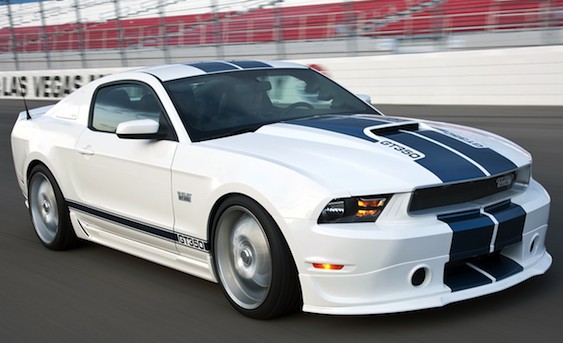 “In 1964, Ford Motor Company asked Shelby American to turn their secretary’s car into a race winner to help them sell Mustangs,” said Carroll Shelby, founder of Shelby American. “Our Shelby GT350 ruled its class at the track and was feared by GM and Chrysler owners on the street. Enthusiasts have anticipated the GT350’s return since it went out of production in 1970. Now my band of hot rodders has created a car worthy of the name.”

Performance wise, the 2011 Shelby GT350 is upgraded over a standard 2011 Mustang GT in almost every way. The most significant upgrade, however, is under the hood. The 5.0L V8 features a supercharger from Ford Racing helping the GT350 produce more than 500-hp (official specs have yet to be released). The engine is mated to a 6-speed manual transmission and center exit exhaust. Stopping power comes from a Baer brake system, which features 6 piston kit in the front and 14″ ERADISPEED rotors in the rear with cooling ducts for all four corners.

In term of pricing, a starting MSRP of $33,995 doesn’t sound all that bad – well, at least until you realize that it doesn’t include the price of a new 2011 Mustang GT.

SCOTTSDALE ““ Jan. 18, 2010 ““ Shelby American, a wholly owned subsidiary of Carroll Shelby International Inc. (CSBI:PK), will fulfill the dreams of enthusiasts by returning the legendary Shelby GT350 to its lineup of American performance cars. The Shelby team unveiled a supercharged concept version of the Mustang-based 2011 Shelby GT350 to the surprise of thousands gathered at the Barrett-Jackson Auction Opening Night Gala to honor the 45th anniversary of the first GT350 and first Shelby big block Cobra.

The concept behind the GT350 was to build a car that is light, nimble and powerful. Beginning with the “small block” 5.0 liter Ford Mustang GT as its base, the Shelby American team worked with experts from Ford Racing, Goodyear, Borla, Cragar and Baer to create a car that is fast and has razor sharp handling. Every segment of the car is enhanced or replaced to create the ultimate balanced performance pony car that is true to the spirit of the 1965-1970 MY Shelby GT350.

“The 2011 GT350 balances heritage with modern necessity,” said Shelby American president Amy Boylan. “Former Hot Wheels and Ford designer Larry Wood joined Vince LaViolette, Walter Cardenas, Andrew Smidt and the rest of our Las Vegas team to help integrate 1965-1970 Shelby styling cues with modern aerodynamics. We worked with Ford Racing to supercharge the engine with a goal of 500 horsepower, as well as to sharpen the handling. Baer Brakes helped engineer the fantastic brakes and we shod the GT350 with 19″ modern Cragar wheels and super sticky Goodyear tires. This Shelby is truly a complete performance package”

“Since this was one of the most important cars in Shelby’s history, everyone stepped up to make sure it meets Carroll’s performance standards,” added Gary Davis, vice president of production for Shelby American. “After it was hand built in our new design studio, it began extensive testing at Las Vegas Motor Speedway by veteran test drivers Vince LaViolett and Gary Patterson. We’re all proud to be part of this milestone Shelby car.”

Each GT350 will be clad in traditional white with Shelby Guardsman blue Le Mans stripes and feature the new Ford V8 coupled to a 6 speed manual transmission and center exit exhaust. Blue Shelby GT350 valve covers and billet caps set off the supercharged engine. The Baer brake system features 6 piston kit in the front, as well as 14″ ERADISPEED rotors in the rear with cooling ducts for all four corners.

The suspension was upgraded with new Ford Racing springs, struts, sway bars and adjustable caster/camber plates. The car also receives a new front fascia, tail light trim, front splitter, rear deck lid filler panel and rear fascia. Functional scoops are located on the side rockers and hood. GT350 badges on the outside and inside include a Shelby serial number. The A pillar carries a fuel pressure, oil pressure and boost gauge.

The Shelby GT350 is a post title program; a customer purchases a car from their local Ford Dealer, which is turned into a GT350 by the Shelby American Team. A limited number will be built in the 2011 model year. A Ford Mustang GT can be dropped shipped by a Ford dealer to Shelby’s Las Vegas facility for conversion or a customer can arrange to have a properly specified car transported to the factory. The Shelby GT350 up-fit completed by Shelby American has a MSRP of $33,995 and does not include the price of the base car. 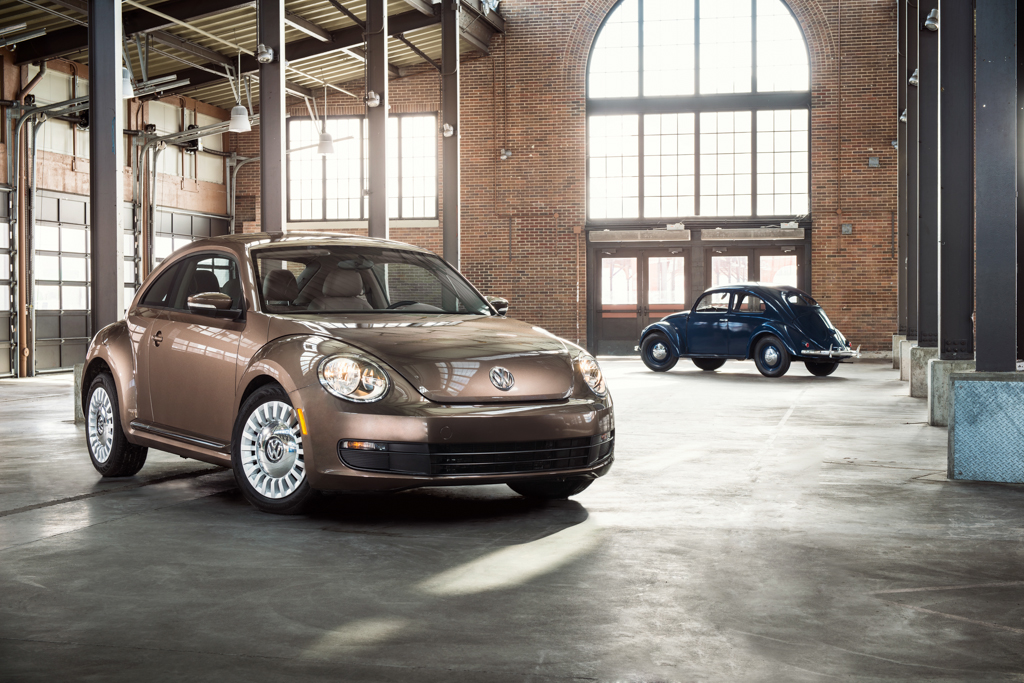