With more than 10,500,000 views of his “KEN BLOCK GYMKHANA TWO THE INFOMERCIAL” video on YouTube and winning three medals at X Games, Ken Block is a very popular figure in the motorsport industry. Ford announced today that it will team up with Block to market its new Focus and Fiesta to the motorsport world.

Starting this year, Block will campaign a Ford Focus in the FIA World Rally Championship (WRC) and a Ford Fiesta in Rally America and X Games.

“I am stoked to be rallying in a Ford. They are an impressive force in the sport,” said Ken Block. “From the days of the 1970s Escorts to the Group B RS200 to the modern-day Focus and now the Fiesta, Ford just does an excellent job at rally and I couldn”t be happier to now be part of this amazing heritage. Not to mention my dad would be proud. He was a dedicated Ford guy.”

Bored? Kill some time by watching Ken Block Gymkhana Two the Infomercial posted after the jump.

Block, the 2005 Rally America Rookie of the Year and a three-time medalist at X Games, has cultivated a tremendous following with his Gymkhana videos on YouTube. In 2010, Block will campaign a Ford Focus in the FIA World Rally Championship (WRC) and a Ford Fiesta in Rally America and X Games.

“Ken Block has established himself as an action sports competitor and a rising star in the world of American rally racing,” said Jamie Allison, director Ford North America Motorsports. “We are excited to have him on our team to help promote our new global products, the 2011 Ford Fiesta and 2012 Ford Focus.”

Rallying is a crucial part of Ford”s global motorsports strategy and provides the company with the opportunity to showcase the true performance capabilities of Ford”s products. Since its support of rallying began, Ford has won three WRC titles and 73 individual events. And, last year in North America, Ford’s participation in the Pikes Peak International Hill Climb and X Games 15 were key elements for the launch of the Ford Fiesta for the U.S.

“Thanks to our participation in WRC, rallying has always played a key role in Ford”s global motorsports programs,” said Allison. “Ford is the only manufacturer that could provide Ken with global rally opportunities.”

“We”re delighted that Ken Block has chosen to team up with Ford to develop his rallying activities beyond America and into the global arena,” said Gerard Quinn, Ford of Europe”s senior motorsports manager. “Ford and its U.K.-based rally partner, M-Sport, is looking forward to welcoming Ken to the wider team of talented rally drivers using Ford vehicles to compete in this demanding sport at the highest level internationally.” 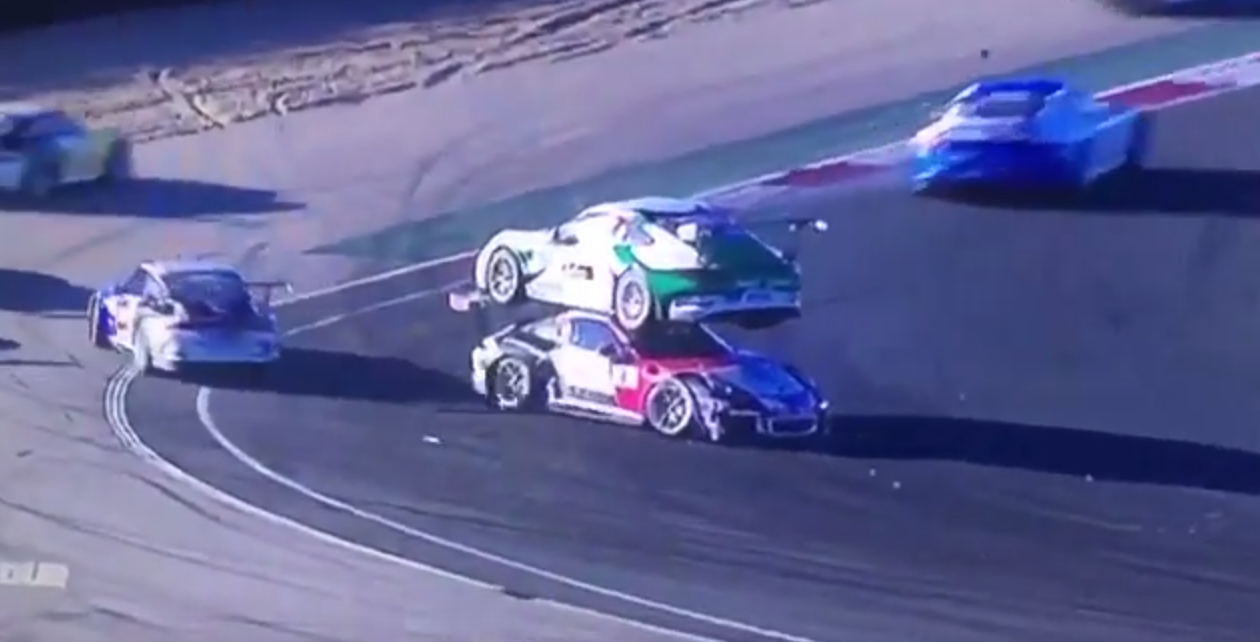 Video: Watch how one Porsche 911 GT racer hilariously ends up on top of another

September 28, 2015 Chris Chin Comments Off on Video: Watch how one Porsche 911 GT racer hilariously ends up on top of another