General Motors Company’s new CFO, Chris Liddell, will receive a salary of $750,000 in 2010 and will get another $5.45 million worth of company stock starting in 2012 when GM intends to sell its shares to the public. Liddell’s package exceeds the imposed limits on companies that received government aid, but GM said in a government filing yesterday that an exemption was made with the government pay czar Kenneth Feinberg.

Liddell, who will take up his new position on Dec. 31, was receiving a pay package of $2.4 million when he was working at Microsoft.

According to a report by the Associated Press, Liddell is also a possible candidate for GM’s next CEO. GM’s current CEO, Ed Whitacre Jr., does not receive a salary but gets an annual compensation of $350,000 as a board member. Former CEO Fritz Henderson received a compensation of nearly $5.5 million, including an annual salary of $950,000. 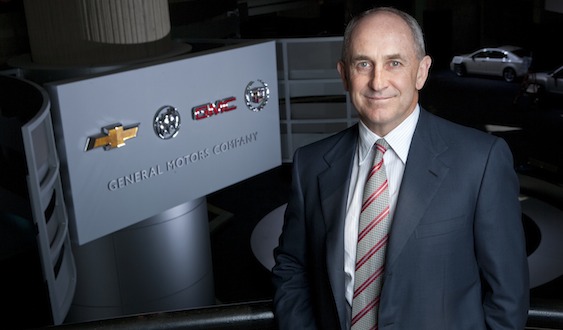 GM to buy back U.S. preferred stock, will bring down leverage by $11 billon

October 28, 2010 Omar Rana Comments Off on GM to buy back U.S. preferred stock, will bring down leverage by $11 billon