FoMoCo announced today that according to a recent report by the Environmental Protection Agency (EPA), the Blue Oval brand records the largest increase in fuel-economy gains and CO2 emission reductions over the past 5 years.

Ford says that it credits the gains in fuel-economy to the introduction of the Ford Escape and Mercury Mariner hybrids along with a range of incremental aerodynamic, mechanical, energy management and weight-saving improvements across its lineup. The automaker expects further gains with the introduction of the Ford Fusion Hybrid, Mercury Milan Hybrid and its range of EcoBoost engines.

Joining it’s ‘green’ lineup next year will be the 2011 Ford Fiesta and the redesigned 2011 Ford Focus. Also in the works is a battery-electric version of the Transit Connect due out next year, an electric Focus due in 2011, a next-generation hybrid vehicle in 2012 and a plug-in hybrid by 2012.

Ford said it expects to deliver 30 new powertrains over next two years to increase fuel efficiency.

Ford Motor Company has improved in fuel economy more than any other major automaker since 2004, according to a recent report by the U.S. Environmental Protection Agency. The EPA rated Ford”s combined car and truck fuel economy improvement at nearly 20 percent, almost double the next closest competitor.

Ford credits its recent gains in fuel economy in part to its introduction of the Ford Escape and Mercury Mariner hybrids and numerous incremental aerodynamic, mechanical, energy management and weight-saving improvements across its vehicle lineup. Going forward, it expects the 2009 introduction of the Ford Fusion and Mercury Milan hybrids and its fuel-efficient EcoBoost engines to further improve its fleet-wide fuel economy.

Dramatic fuel efficiency improvement is evident throughout Ford”s vehicle lineup ““ from cars and crossovers to sport utilities and trucks. Depending on powertrain specifications, the 2010 Fusion, Fusion Hybrid, Escape Hybrid, Taurus SHO, Flex, F-Series and Transit Connect offer best-in-class or unsurpassed fuel economy. The same can be said of the 2010 Lincoln MKS and MKT and Navigator, Mercury Milan Hybrid and Mariner Hybrid.

Ford expects to see its overall fuel economy continue to rise in 2010 with the introduction of the 2011 Ford Fiesta and redesigned 2011 Ford Focus ““ both high-mileage small cars.

“2009 has been a breakthrough year for Ford, leading with the launch of EcoBoost and the introduction of new products that will result in further improvement in 2010,” said Sue Cischke, group vice president, Sustainability, Environment and Safety Engineering. “Our commitment to delivering affordable, fuel-efficient vehicles for millions has never been stronger or better demonstrated.”

Not only is the improved fuel efficiency good for customers” wallets, it benefits the environment as well. As a result of the boost, Ford lowered its tailpipe CO2 emissions more than any other automaker with a fleet-wide average of 434 grams per mile ““ 37 grams lower than its 2007 total and 25 grams lower than 2008.

A powerful difference maker
The fuel efficiency of the 2010 Ford Fusion improved 21 percent over the 2009 model, jumping from 28 mpg to 34 mpg in highway driving, and leap-frogging the competition. Powertrain improvements were a big difference maker. Fusion and other new models benefit from the introduction of Ford”s new six-speed transmission, which offers a wider gear span than four-speed transmissions.

The six-speed allowed Ford”s engineers the flexibility to tune the powertrain for greater responsiveness in low gears and better fuel economy in the taller gears. The new double-overdrive gearbox is designed to contribute up to 4 percent fuel economy improvement. Ford has committed that almost 100 percent of its transmissions will be advanced six-speed gearboxes by 2013.

On average, nearly one in five buyers of the Taurus, Flex, Lincoln MKS and MKT have opted for EcoBoost since the engine lineup”s introduction in August. By 2013, Ford will offer EcoBoost engines in 90 percent of its product lineup with annual volume of vehicles with EcoBoost at 1.3 million globally.

“We are committed to delivering new products with the best fuel economy in every segment in which we compete ““ driven in large part by substantial advancements in powertrain technology,” said Barb Samardzich, vice president, Ford Global Powertrain Engineering. “We are focusing on sustainable technology solutions that can be used not for hundreds or thousands of cars, but for millions of cars, because that is how Ford truly will make a difference.”

It”s all about incremental improvements
The fact that the 2010 Ford Taurus and 2009 Ford F-150 are up to 12 and 17 percent respectively better on fuel economy than their 2004 predecessors isn”t due to one “silver bullet” solution but a host of vehicle enhancements, including aerodynamic refinements, weight efficiency and mechanical improvements.

The progress made by Ford during the past few years reflects an engineering philosophy that every joule of energy gained through incremental improvement is precious. Ford engineers work tirelessly using a systems approach to manage vehicle energy and implement a variety of design and engineering solutions that can each improve fuel economy by 1 percent or more. Taken together, the improvements help deliver significant savings for consumers at the pump.

Aerodynamics
The ease with which a vehicle moves through air greatly influences its fuel efficiency. Ford engineers use sophisticated computer modeling and wind tunnel testing to painstakingly tweak vehicle designs millimeter by millimeter to get the best possible aerodynamics without losing sight of the designers” original vision. The energy saving can be significant. A 10 percent reduction in aerodynamic drag increases fuel economy by approximately 1 percent for cars and approximately 2 percent for trucks with conventional internal combustion engines.

Weight reduction
Reducing vehicle weight also is a critical part of fuel economy improvement. For every 10 percent reduction in weight, fuel consumption is estimated to improve by 3 percent. According to a recent study, replacing heavier materials with lightweight materials is nearly as important as hybrid technology for automakers to meet the expected increase in the One National Program regulations by 2016.

Ford increasingly uses light-gauge, high-strength steel and lightweight materials such as aluminum and magnesium to meet weight reduction goals ranging from 250 to as much as 750 pounds. In turn, weight savings in body and structural materials allow for the use of smaller-displacement engines and lighter-weight suspensions and chassis components.

The Fusion team eliminated 125 pounds for the S-Series fuel economy leader. The size of the radiator, for example, has been reduced in size by one-third with no degradation in performance. Also, 16-inch aluminum wheels and low-rolling resistance tires help aid aerodynamics while still delivering top performance.

Energy management
Ford is eliminating energy waste in every vehicle system, including power steering. Ford”s new Electric Power Assist Steering (EPAS) can improve fuel economy up to 3 percent, while reducing CO2 emissions and enhancing steering performance. EPAS saves fuel primarily because the steering system is powered by an electric motor connected to the vehicle”s battery, as opposed to engine-mounted hydraulic pump steering systems. By 2012 Ford plans to fit nearly 90 percent of the Ford, Lincoln and Mercury lineup with EPAS.

“While we are implementing our near-, mid- and long-term plans, we are continuing to achieve efficiencies throughout the vehicle in areas that can quickly lead to fuel economy improvement today,” said Derrick Kuzak, Ford”s group vice president of Global Product Development. “Whether we”re reducing wind drag, eliminating engine-driven power steering pumps or switching to low-friction engine oil, this attention to every detail and these small improvements collectively deliver significant fuel economy gains for our customers.”

A new frontier of electric vehicles
In 2009, Ford launched an aggressive plan to bring pure battery-electric vehicles, next-generation lithium-ion battery powered hybrids and a plug-in hybrid to market quickly and more affordably during the next four years. The vehicles include:

These new vehicles pave the way for additional applications in the future, using Ford”s high-volume global small car and midsize car platforms. The use of global platforms showcases Ford”s ability to develop products with worldwide market opportunities in mind. Powering the company”s electrification drive is its ONE Ford global product vision.

As part of Ford”s electrification plan, it will bring battery system design, development and manufacturing in house as a core competency in support of the development of its next-generation hybrid vehicle in 2012. This underscores Ford”s commitment and belief in the growth potential for electrified transportation. Ford will continue to work with supplier Johnson Controls-Saft on the design and development of battery cells and packs for Ford”s PHEV that also launches in 2012.

“Next-generation hybrids, plug-in hybrids and pure battery-powered vehicles are the logical next steps in our pursuit of greater fuel economy and sustainability,” said Nancy Gioia, Ford director of Global Electrification. “A growing number of consumers want that kind of choice, and we want to be in a position to deliver it to them across multiple vehicle categories.”

Audi A2 making a comeback in 2012, will get electric variant 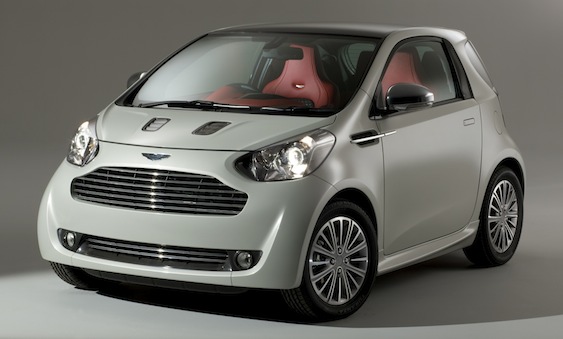