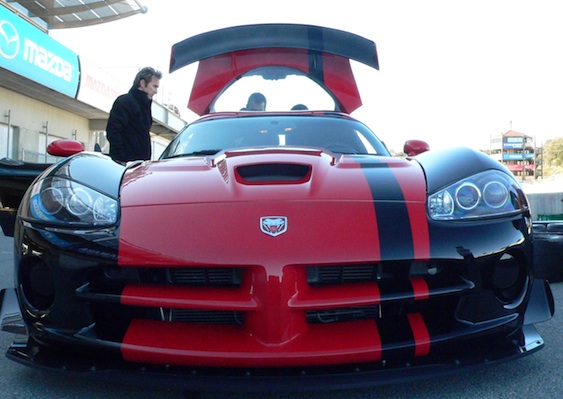 The 2010 Viper SRT10 ACR has been hanging out at Laguna SECA all day with Dodge president and CEO Ralph Gilles and driver Chris Winkler. The group has just wrapped up the exciting day by breaking the Laguna Seca track production car lap record with a new time of 1:33.944. But before we get into all that – let us introduce you to the 2010 Dodge Viper SRT10 ACR.

Dodge says that all 2010 Viper models have customizable looks that stand out in any crowd with the addition of new colors including Toxic Orange and Silver. Viper now offers 10 other exterior colors, six stripe colors, five interior colors, three interior bezels, and four wheel options. That means buyers can pick from 7,000 different combinations. Since only 500 Vipers will be produced (it will be replaced by a new supercar in 2012), each and every 2010 Viper can end up with its own unique look.

“The car has been a lot more successful than we ever imagined,” Gilles said. “There”s some very serious Dodge legend being built again here, and I really like that. That”s a dimension of Viper I really wanted to keep fanning the flames of.”

Click through to watch the video some videos from Laguna SECA.

“It was definitely exciting but a somewhat uneventful lap overall from behind the steering wheel,” said Winkler, who is still learning the intricate details of Laguna Seca raceway, having spent only one other session on the course. “The Dodge Viper ACR has amazing power and handles like a dream, so following my first practice here last month, I came away pretty confident that we”d be able to set a new record.”

In 2008, professional road racer Randy Pobst, drove a 2008 Dodge Viper ACR to a one-lap, production car record of 1:35.117 at Laguna Seca raceway while working with Motor Trend. That record stood until August 6, 2009 when the most recent record of 1:35.075 was established by a one-off exotic prototype.

Ralph Gilles, President and CEO, Dodge Brand and Senior Vice President, Product Design Office, Chrysler Group LLC, was impressed with the Viper”s performance. “I”ve been closely tied to this car my entire career and even after owning one myself for some time, I”m still amazed with what the Dodge Viper can do on and off the race track,” Gilles said. “After our record-setting lap at the NÃ¼rburgring circuit, we”re excited to set a second performance benchmark record at another world-famous road course.”

The Dodge Viper is going into the final year of production for the current-generation model. Approximately 500 Vipers will be produced in 2010.

“We”re going to keep Dodge”s performance icon alive and well by not only producing some of the most special Vipers ever built, but we”re also investigating what the next-generation Viper is going to be,” added Gilles. “When we have partners across the ocean who are known as the best sports carmakers in the world, the future opportunities are huge.”

2010 Dodge Viper SRT10 ACR
The Dodge Viper ACR remains the ultimate purpose-built, street-legal track car since its introduction in 2008.
New for the 2010 model year is a shorter fifth gear ratio (changing from 0.74 to 0.80) for improved high-speed acceleration and higher straightaway speeds. This improvement is a direct result of SRT”s experience at the 12.9-mile NÃ¼rburgring Nordschleife circuit in Germany where during the lap-record run in 2008, it was found that a revised gear ratio would have resulted in a higher speed capability and potentially a shorter elapsed time.

The Dodge Viper ACR also receives a new short-throw shifter in 2010 for enhanced driver experience and better performance. The rear wing profile and end plates are redesigned to further optimize the vehicle aerodynamics and improve rear yaw downforce. These changes result in an increase in top speed of 4 mph (to 184 mph).

Powered by the venerable 8.4-liter, V-10 engine with 600 horsepower and 560 lb.-ft. of torque, the Dodge Viper ACR continues to offer extreme performance, including 0-60 mph acceleration in less than 4 seconds, quarter-mile time in the mid 11-second range and 0-100-0 mph in 11 seconds flat.

The Dodge Viper ACR with optional Hard Core Package is more than 80 lbs. lighter than the production SRT10 and offers race-ready hardware and competition tuning for optimal on-track performance.

The aerodynamic package features a carbon fiber “fanged” splitter in front and adjustable carbon-fiber wing with seven-position stanchions that allow up to an amazing 1,000 lbs. of downforce at 150 mph. Lightweight wheels, two-piece slotted StopTech brake rotors and Michelin PS Cup tires round out the Dodge Viper ACR package. 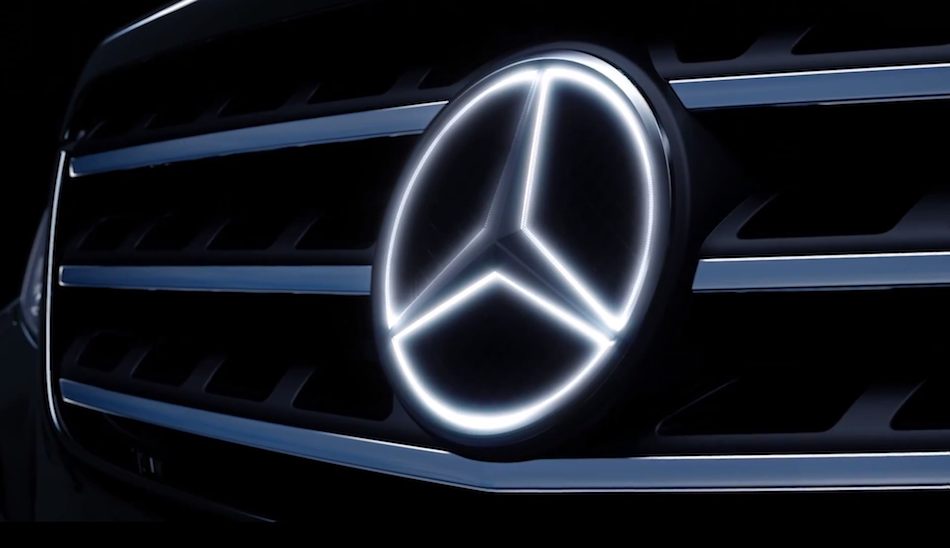 Take a break: Play with the 2010 Chevrolet Camaro configurator