General Motors Company’s Chairman, Edward Whitacre, is urging the Obama administration to give the automaker less restrictive pay caps. The comments by Whitacre, which were made at an appearance at Texas Lutheran University, were the most detailed he has made since becoming GM chairman in July.

Whitacre, who rolled up in a red 2010 Chevrolet Camaro (we’re guessing it was an SS), said GM would face difficulties in hiring senior executives under pay caps set by the Obama administration.

Separately, Whitacre said that GM has made some significant strides since coming out of bankruptcy and stressed the urgency inside the company to repay the billions in government loans.

“We’re getting into a fighting shape. We have a long way to go, but we’re definitely on our way,” he said. “I can’t tell you when (we’ll pay it back) but it’ll be sooner than you think.”

Whitacre: GM will pay back roughly $8 billion of government loans before June 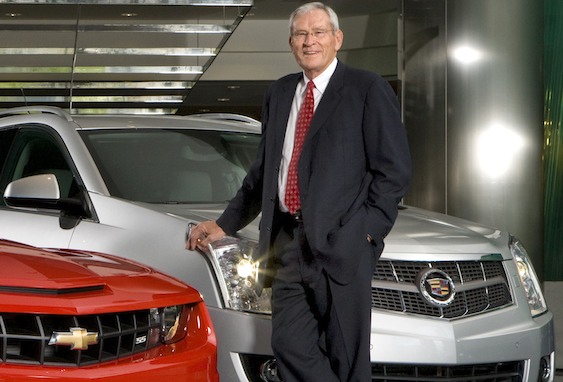