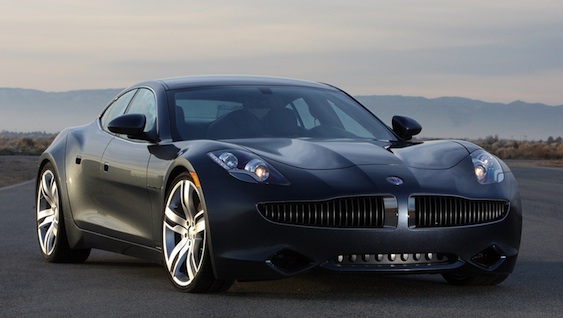 As reported yesterday, Fisker Automotive confirmed today that it has purchased General Motors’ Wilmington, Delaware plant, which produced that Saturn Sky, Pontiac Solstice and the Opel GT until July.

Fisker said that it has signed a letter of intent with Motors Liquidation Co., formerly known as the wonderful General Motors Corp. to purchase the Wilmington plant for $18 million. It will spend another $175 million to refurbish and retool the factory over the next three years.

The company said that it will use funds from its $528.7 million Department of Energy loan that it was awarded in September.

The Wilmington plant will be responsible for supporting Fisker’s NINA project, which is a family-oriented plug-in hybrid sedan that will enter production in 2012. The new sedan will cost $39,900 after federal tax credits.

The plant will support Fisker Automotive’s Project NINA, the development and build of an affordable, family-oriented plug-in hybrid sedan costing about $39,900 after federal tax credits.

Production is scheduled to begin in late 2012. Fisker Automotive anticipates Project NINA will ultimately create or support 2,000 factory jobs and more than 3,000 vendor and supplier jobs by 2014, as production ramps up to full capacity of 75,000-100,000 vehicles per year. More than half will be exported, the largest percentage of any domestic manufacturer.

“This is a major step toward establishing America as a leader of advanced vehicle technology,” said Henrik Fisker, CEO. “Wilmington is perfect for high quality, low volume production and will soon be the proud builder of world-class, fuel-efficient Fisker plug-in hybrids.”

Fisker Automotive has signed a letter of intent with Motors Liquidation Co. (MLC), formerly known as General Motors Corp. to purchase the Wilmington plant for $18 million after a routine four-month evaluation period.

An additional $175 million will be spent to refurbish and retool the factory over the next three years.

Funds will come from a conditional loan of $528.7M the Department of Energy awarded the company in September.

The loan is part of the $25B Advanced Technology Vehicle Manufacturing loan program (ATVM) appropriated by Congress in 2007 to help the United States lead in the development and manufacturing of advanced technology vehicles.

The company’s first car, the Fisker Karma, will be the world’s first production plug-in hybrid when it goes on sale this summer at retailers in the U.S. and Europe.

Fisker plug-in hybrid cars will help remove the country’s dependence on foreign energy by eliminating the need for 42 million barrels of oil by 2016. They will also offset 8 million tons of carbon dioxide emissions.

“With our close-knit business, government, and educational communities and our potential to respond rapidly to new opportunities, today’s announcement is a testament to what works best in Delaware. Fisker is a perfect partner in shaping Delaware’s economic future, and we are thrilled that the vehicle that can reshape the automobile industry will be built here in Delaware, by Delaware workers.” said Governor Jack Markell (D-Delaware).

Gary Casteel, UAW director responsible for the plant, said, “It gives me great pride to give UAW Local 435 workers the opportunity to partner with Fisker Automotive to create a greener America by building a plug-in hybrid car that will compete globally.”

Fisker Automotive is a privately owned, premium American car company with a vision to lead the automotive industry into the next-generation of automobiles with high-end design expertise and eco-friendly powertrain technology. Global headquarters are in Irvine, California, USA.

The Wilmington Assembly plant was built by General Motors in1947. Over the years it has been expanded to 3.2 million square feet on 142 acres of land. It includes an on-site powerhouse and waste water treatment facility. More than 8.5 million cars have been manufactured there, including the Pontiac Streamliner, original Chevrolet Impala, 1997-1999 Chevrolet Malibu, Saturn L-Series and the Pontiac Solstice/Saturn Sky/Opel GT roadsters. Production capacity is 300,000 cars per year. The plant and its workforce have received many awards for excellence in quality, production and safety.

2010 Jaguar XJ and Panamera to make U.S. debut at Pebble Beach in Aug.