Mercedes-Benz announced today that its new SLS AMG supercar will be joining the Ferrari 458 Italia along with many other high-performance vehicles in the upcoming Gran Turismo 5.

“The most exciting car for the most exciting game. In the new Gran Turismo 5 video game, exclusively for PlayStation 3, gaming fans and car enthusiasts alike will be able to enjoy an intense and interactive driving experience at the wheel of the new Mercedes-Benz SLS AMG in full HD quality thanks to an extremely realistic rendering,” Mercedes-Benz said in a statement.

To make the Mercedes-Benz SLS AMG look as real as possible the game designers and engineers digitized the new gullwing model using elaborate video scans. Mercedes-Benz says that the “in-game performance virtually matches the real performance of the SLS AMG on the race track.”

Refresher: Power comes from a 6.2L V8 making 563-hp with a maximum torque of 479 lb-ft. Mated to an E-SELECT system that controls the AMG SPEEDSHIFT DCT 7-speed sports transmission, the SLS AMG can go from 0 to 62 mph in just 3.7 seconds (with the Race Start launch control system) with a top speed of 196 mph.

Make the jump for more pictures.

The new Mercedes-Benz SLS AMG, the highlight of the 2009 International Motor Show (IAA) in Frankfurt/Main, will soon be delighting video game fans the world over. The gullwing model is being featured in the latest version of the PlayStation®3 (PS3TM) game Gran Turismo®5, in which it is expected to excite gamers with its breathtaking performance.

For an emotionally appealing and realistic reproduction of the vehicle from different camera angles, the game designers and engineers from Polyphony Digital Inc. have digitised the new gullwing model using elaborate video scans. But it is not just the visual aspects of the game which are a delight: the in-game performance virtually matches the real performance of the SLS AMG on the race track.

will be a fantastic experience,” explains Yamauchi, who is in addition both Senior Vice President of Sony Computer Entertainment Inc. and President of Polyphony Digital Inc.

Developed by Polyphony Digital Inc. exclusively for the PlayStation® family of products, the Gran Turismo® series is not only one of the world’s best-selling video games, having clocked up sales of more than 52 million copies, but thanks to its impressive true-to-life detail and realistic vehicle handling it also represents the absolute benchmark among fans. Gran Turismo® , the series” next iteration, is currently in development exclusively for PS3TM and latest information on Gran Turismo was unveiled at the Tokyo Game Show (24 ““ 27 September 2009).

The new Mercedes-Benz SLS AMG is truly exciting with its unique technology package: aluminium spaceframe bodywork with gullwing doors, AMG 6.3-litre V8 front centre engine with a maximum power of 420 kW/571 hp, 650 Nm of torque and dry sump lubrication, 7-speed double clutch transmission in a transaxle configuration, sports suspension with aluminium double wishbone axles and a kerb weight of 1620 kilograms according to the DIN standard – this combination guarantees the very highest level of driving dynamics. The ideal weight distribution of 47 to 53 percent between the front and rear axles and the low centre of gravity accentuate the distinctive sports car design. The gullwing accelerates to 100 km/h in 3.8 seconds, and has a maximum speed, which is electronically limited, of 317 km/h. Its fuel consumption of 13.2 litres per 100 kilometres (combined) ranks it top among the competition (all values are preliminary). 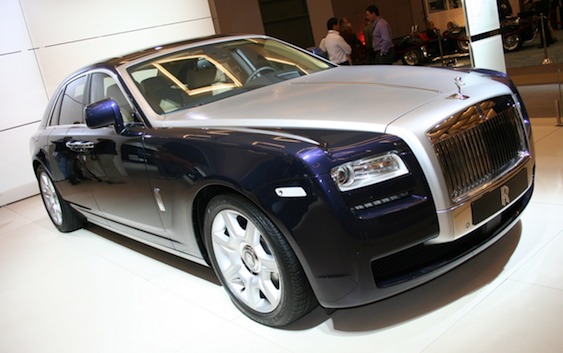