Hybrids and electric-vehicles have been continuously criticized for being too quiet since blind pedestrians may not hear them approaching. Toshiyuki Tabata, an engineer at Nissan that spent his 30 years at the Japanese automaker trying to make gasoline engine quieter, is now consulting music composers to make Nissan’s new LEAF EV noisier and safer.

“We fought for so long to get rid of that noisy engine sound,” Tabata told Bloomberg in an interview. With electric cars, “we took a completely different approach and listened to composers talk music theory.”

So what is the Nissan LEAF EV going to sound like when it comes to the U.S. next year? Blade Runner. Tabata worked with Japanese composers and what his six-member team came up with is a high-pitched sound like the flying cars in the 1982 film by Ridley Scott.

Tabata said that the system would turn on automatically when the car starts and will shut off at 12 mph.

Can’t wait to test-drive one of these. 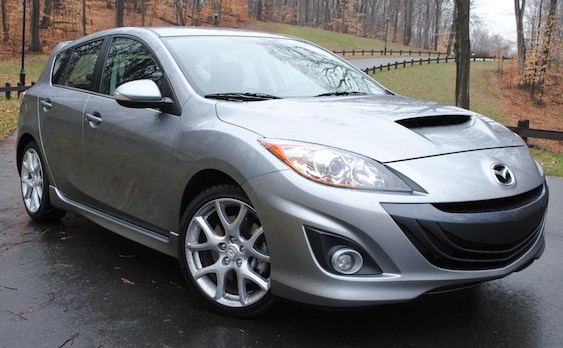 Review: 2010 Mazdaspeed3 is a solid hot-hatch, but how does it compare to the VW GTI?