At the 2009 Frankfurt Motor Show next week, Fiat will be flaunting its new 105-hp and 135-hp MutliAir engine technology. However, for us, it’ll be the new the Alfa Romeo MiTo Quadrifoglio Verde with 170 hp 1.4 MultiAir TBi that will get all the attention.

There numerous visual changes made to set the Quadrifoglio Verde apart from other MiTos. Check them out in the high-res photo gallery after the jump.

Follow through for the high-res photo gallery and the press release.

Available following the launch of the 105 and 135 hp MultiAir engines, the world premiere of the Alfa Romeo MiTo Quadrifoglio Verde with 170 hp 1.4 MultiAir TBi takes place in Frankfurt. The exclusive trim brings back a legendary symbol that over the years has appeared on some of Alfa Romeo’s sportiest cars. Having always been synonymous with heritage, racing and victory, the “Quadrifoglio Verde” (four-leaf clover) now represents a new kind of sportiness that combines maximum driving pleasure with improved environmental qualities.

Bearing the Quadrifoglio Verde is this MiTo with the most powerful 170 hp MultiAir engine and innovative solutions that accentuate the existing qualities of the model: hold, agility, active safety and driveability are heightened by an engine with one of the highest specific power values in the world and a chassis with features hitherto unthinkable for a car in this class.

This engine’s best feature is its outstanding weight/power ratio, which has always been one of the key factors behind Alfa Romeo’s success on the road and the racetrack. The class-leading ratio of 6.7 kg/hp is almost 10 per cent better than the already excellent performance of the current 155 hp 1.4 TBi. At 124 hp/litre, this engine is also one of the world leaders in specific power. In fact, this is the highest value ever recorded for an Alfa car, affirming the excellent engineering heritage of the Alfa MiTo.

This is a particularly important value because it proves the effectiveness of downsizing, aimed at producing high-tech engines to get better performance allied with sharp reductions in fuel consumption and emissions. Indeed, it is this latter area which provides the most surprising evidence of the technical level achieved: 4.8 l/100 km and 139 g/km of CO2 (in the extra-urban cycle) are closer to what you would expect from an economy car than a compact sports car that goes from 0 to 100 km/h in just over 7 seconds.

On the back of these exceptional power qualities and the unbeatable performance/consumption ratio, Alfa Romeo decided to give a sporty and technological feel to this Quadrifoglio Verde version with high-quality finishes, attention to detail and a raft of features. One example is the 17″ satin titanium-finished wheels (based on the Alfa Romeo 8C Competizione supercar). The same colour is used for the headlight frames and the wing mirrors, while the dark finish of the headlight parabolas is achieved by a brand new metal sublimation technology. The interior also has a refined sporty feel thanks to the all-black environment that ensures no reflections or distractions while driving. The technological aspect of this car is further enhanced by the sporty fabric used to upholster the seats, the modern dashboard and the white lighting on the instrument panel.

It should also be stressed that Alfa Romeo has developed an innovative chassis upgrade to further emphasise the dynamic qualities of the MiTo Quadrifoglio Verde.

Competitive racing has always been a testing ground for new technologies, which have found their way from the world’s most famous racetracks to standard road cars. One example of this passage between two seemingly very different worlds is dynamic suspension. This system, which actively and continuously controls the electronic shock absorbers, was developed by combining Alfa Romeo road testing with the latest engineering techniques from Magneti Marelli.

So, using experience gained on the racetrack, the system allows the MiTo Quadrifoglio Verde to excel even further in terms of agility and handling, giving it exceptional driveability and unparalleled safety. The driver gets three benefits from the Dynamic Suspension system: comfort, safety and agility. Above all, the electronic shock absorbers adapt to the road conditions and control all the car’s movements. This guarantees maximum comfort and ensures that the unevenness of road surfaces is fully absorbed. In addition, the Dynamic Suspension system always ensures maximum grip and safety by actively responding to all road conditions. Finally, because roll and pitch are more restricted in all conditions, there is better stability and cornering that adds to the undoubted agility of the Alfa Romeo MiTo.

The suspension interacts perfectly with the three different control strategies of the Alfa DNA system. In “Normal”, agility is combined with a higher level of comfort, whereas in “All Weather”, the safety features are enhanced by continual interaction between the Vehicle Dynamic Control stability system, the steering and the suspension. Finally, in “Dynamic”, the MiTo becomes a true sports car clinging to the ground and fit for any road: it is no coincidence that the system was developed at the historic Balocco test track and round the corners of the Nurburgring. So, thanks to the hard work of Alfa Romeo and Magneti Marelli, the car is responsive and reliable when you turn the steering wheel or put your foot on the accelerator.

The innovative Dynamic Suspension system is made up of four electronically controlled shock absorbers, five accelerometric sensors, a control unit and an interface with Alfa DNA for the different settings and with the other on-board electronic systems.

Its main feature is to actively and continuously control the response of the shock absorbers, which adapt depending on the movement of the car and the road conditions, as well as the driving style. To sum up, the Dynamic Suspension system better protects passengers from uneven road surfaces thanks to an effective filtering and optimises comfort by recognising an obstacle (such as a bump or a hole) and adapting suspension behaviour accordingly. The system also ensures better cornering by altering damping distribution of the four shock absorbers, enhancing handling and hold thanks to advanced lateral dynamic control. What’s more, the Dynamic Suspension system manages longitudinal dynamic control by adjusting the movement of the chassis during acceleration, braking and gear changes, and by integrating perfectly with the Vehicle Dynamic Control, steering and braking systems.

The technological qualities of the Alfa Romeo MiTo Quadrifoglio Verde are further enhanced by the next-generation C635 gearbox. Developed by FPT and manufactured at the Verrone factory in Italy, this groundbreaking mechanical unit is the first result of a design philosophy aimed at improving driveability, consumption levels and production flexibility.

As far as driveability is concerned, the new gearbox ensures clean and swift changes with very short selection movements, uniform activation pressures, no noise and no vibrations. In addition, modern design and construction techniques help to significantly reduce consumption levels thanks to less friction and the best possible gear ratios.

Its appearance in the Alfa MiTo 170 hp 1.4 MultiAir TBi marks the debut of a modern family of gearboxes adapted for a broad range of models.

December 13, 2011 Omar Rana Comments Off on Acura ILX to be produced in Indiana, will replace TSX 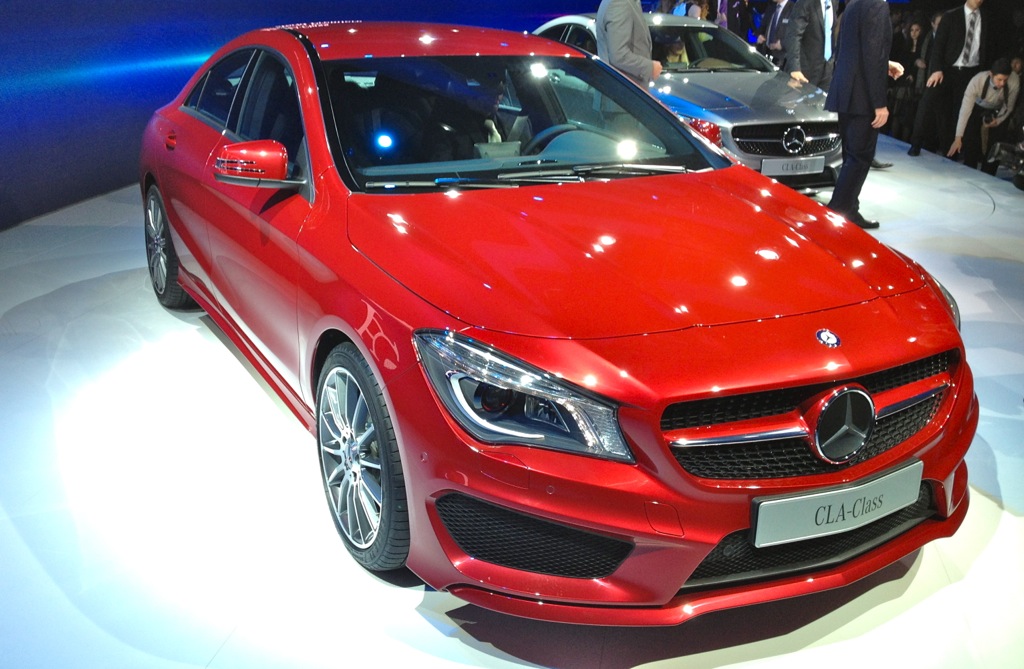