For 2010, the Honda CR-V gets a refreshed front fascia with a new grille, a new bumper and a re-sculpted hood. The back gets a new rear-bumper and the side profile is enhanced with 10-spoke alloy wheels, which are now standard on the CR-V EX and EX-L. On the inside, Bluetooth is now included in all models equipped with Honda’s Satellite-Linked Navigation System.

09/10/2009 – TORRANCE, Calif. – The Honda CR-V adds to its compact crossover SUV credentials for the 2010 model year with refinements and upgrades to the exterior and interior, new features, better fuel economy, and more power.

Exterior styling enhancements include a freshened front fascia with a new grille and bumper design, a re-sculpted hood, and a new rear bumper shape. A 10-spoke alloy wheel design, standard on CR-V EX and EX-L, replaces the previous 7-spoke alloy wheel design. Interior improvements focus on new features and functionality. Bluetooth® HandsFreeLink® is now included on models equipped with the available Honda Satellite-Linked Navigation System™. Auto on/off headlights have been added to the CR-V EX-L and the front seats have wider center armrests on all models.

Upgrades to the 2.4-liter 4-cylinder engine improve power output to 180 horsepower (hp), a 14 hp increase. City/highway EPA-estimated fuel economy ratings increase to 21/28 miles per gallon1 (mpg) on 2WD models and 21/27 mpg1 on models equipped with Real Time™ 4WD – an increase of 1 mpg in both city and highway driving on all models.

“The CR-V provides many of the favorable aspects of a car and an SUV in a stylish, yet highly functional and capable vehicle,” said Vicki Poponi, assistant vice president of American Honda Motor Co., Inc. “For 2010, the CR-V represents an even better value with significant upgrades throughout the vehicle.”

While compact on the outside with a 103.1-inch wheelbase and a convenient-to-park length of less than 15 feet, the interior provides 103.8 cu-ft. of passenger volume (CR-V LX) for up to five passengers. Add in a cargo volume of 35.7 cu-ft. behind the rear seats and the CR-V creates a total interior volume that, from a space efficiency perspective, exceeds the U.S. EPA’s size definition for a large sedan of 120 cu-ft.

A wide range of interior updates for 2010 include modifications to the radio functionality and control layout, the introduction of new seat fabric textures and an upgraded interior door handle design with a rubberized grip handle. Revised trim panel sections for the steering wheel, gear selector, upper glove box and center console (navigation-equipped models only) serve to brighten the overall interior color theme. Models equipped with an ivory interior now feature a more passenger-friendly darker brown carpet instead of light brown.

Consistent with the new audio system backlighting, the background color of the Multi-Information Display (MID) now appears blue (previously black). The MID’s digital display functions, which include the odometer, trip computer and vehicle maintenance indicators among other features, for 2010 now include a compass feature on CR-V EX and EX-L (non-navigation) models. On navigation-equipped models, the newly added Bluetooth HandsFreeLink status and related functions are displayed in the MID.

For comfort, the driver’s and front passenger’s center folding armrests are each wider by 1 inch compared to the previous model. The front row storage zones continue to offer the same functionality with areas designed to accommodate items as large as a handbag between the seats to items as small as a mobile phones and music players on the retractable center tray table. A center console replaces the retractable center tray table on the CR-V EX-L with navigation.

A sliding 60/40 split second row seat with a 40/20/40 folding seatback offers cargo versatility by sliding forward to increase cargo space, folding forward to accommodate long objects, or folding and tumbling forward to create a large, flat cargo area. Maximum possible cargo volume measures 72.9 cu-ft. with approximate floor dimensions of 51 inches long by 39 inches wide (at wheel wells). Storage potential behind the rear seat is enhanced by a dual-deck cargo shelf (CR-V EX and EX-L) that can strategically accommodate items like a folded baby stroller on the lower level and groceries bags on the upper level. The second row seat includes a Lower Anchors and Tethers for CHildren (LATCH) child seat mounting system for all rear seat positions, allowing two outboard child seats to be installed or one center child seat.

The CR-V’s unit-body construction makes extensive use of high-strength steel (58 percent) to save weight and create a high-rigidity body structure, which significantly contributes to the vehicle’s ride quality, fuel efficiency and safety performance.

A dynamic forward cabin blends the CR-V’s upscale body lines into a sculpted lower body with a rugged appearance and durable cladding. A two-tier grille and a side profile with an arched window shape and chrome trim accent the CR-V’s distinctive and upscale presence.

For 2010, the front fascia’s upper grille has a single horizontal chrome-style trim cross bar as opposed to the double slat style cross bar from the previous design. The hood’s sheet metal now flows flush into the upper portion of the grille instead of wrapping down and around the grille.

The lower portion of the grille receives a honeycomb design that replaces the previous three-bar horizontal cross design. A chrome-colored trim piece has been added at the junction where the lower grille section intersects the top of the bumper (on EX and EX-L only). The circular port for Honda Genuine Accessory fog lights is encompassed within the re-sculpted front bumper’s painted surface area, which extends lower on the vehicle, instead of within the lower black body cladding. Correspondingly, the re-shaped rear bumper’s painted surface area now encompasses the red rear reflectors, also previously located within the black cladding.

The suspension is comprised of a front MacPherson strut layout and a rear multi-link suspension. The high-rigidity body and independent suspension offer a comfortable and engaging driving experience for a crossover SUV. State-of-the art noise absorption materials help to reduce engine and road noise for a quieter cabin.

The CR-V became the best-selling SUV in the United States with calendar-year 2008 results of 197,279, also placing it among the top-ten best-selling vehicles for that year. The CR-V is a global product for Honda and is sold in 160 countries throughout North America, Europe, Asia, South America and Africa. Worldwide, the CR-V is assembled of domestic and globally sourced parts including at the Honda of America Manufacturing, Inc., East Liberty Auto Plant in Ohio.

ABT gets busy with the new Audi Q3 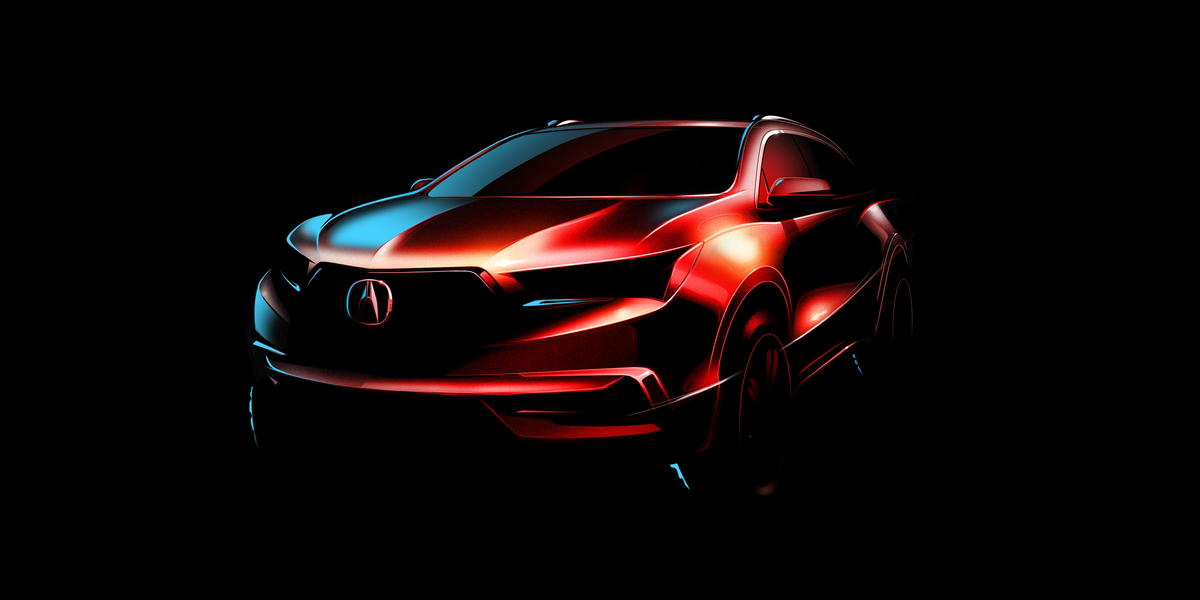 Acura says so-long to the polarizing beak on the new 2017 MDX, teased before NY debut

February 24, 2016 Chris Chin Comments Off on Acura says so-long to the polarizing beak on the new 2017 MDX, teased before NY debut