Lotus today revealed its first push into the hybrid market by unveiling what it calls a “Range Extender Engine.” The automaker said that the Range Extender Engine is designed to work in a series hybrid vehicle by either powering the electric motor directly or by charging the vehicles battery.

It is a 1.2L 3-cylinder engine with 2 valves per cylinder pumping out a total of 47-hp and is described my Lotus as an monoblock construction with integrated exhaust manifold.

Lotus says that the Range Extender Engine has been created as a part of the “Limo-Green” project funded by UK’s Technology Strategy Board, Lotus, MIRA, Caparo and Jaguar. The engine will make its debut at the 2009 Frankfurt Motor Show next week.

Lotus Engineering, the world-renowned automotive consultancy division of Lotus, unveils its Range Extender engine at the 63rd Frankfurt International Motor Show. In a series hybrid vehicle, the Range Extender engine is attached to an electricity generator and provides a highly efficient source of energy to power the electric motor directly or charge the vehicles battery. The battery can also power the electric motor which enables the design of a drivetrain that has low emissions, optimised performance and acceptable range.

The three-cylinder 1.2 litre Range Extender engine is optimised between two power generation points, giving 15 kW of electrical power at 1,500 rpm and 35 kW at 3,500 rpm via the integrated electrical generator. Its low mass of 56 kg makes it ideal for the series hybrid drivetrain configurations for which it is designed. The engine uses an optimised two-valve port-fuel injection combustion system to reduce cost and mass and, in line with Lotus Engineering”s extensive research into renewable fuels, can be operated on alcohol-based fuels or gasoline.

For successful market uptake of series hybrid vehicles with acceptable driving range, vehicle manufacturers must overcome the challenges of high vehicle cost. The Lotus Range Extender engine not only offers the advantage of a cost effective design, but also its high efficiency and low mass will enable the downsizing of expensive batteries whilst maintaining vehicle efficiency and range. The engine has been designed using production methodologies and the parts procured from low volume potential production suppliers, offering a fast route to market for original equipment manufacturers wanting to source a dedicated range extender for series hybrid vehicles.

Paul Newsome, Managing Director of Lotus Engineering said: “As the world changes, Lotus Engineering continues to change with it, continuously developing solutions for more sustainable transportation. The Lotus Range Extender engine is another example of Lotus Engineering developing new technologies for efficient performance, this time in the area of series hybrid vehicles. The engine concept we have created with its optimised combustion and compact, low mass, low cost construction is a clear demonstration of the expertise and progressive approach Lotus takes for its own research and for its clients.”

The Lotus Range Extender engine has been developed as part of the “˜Limo-Green” project funded by the UK”s Technology Strategy Board, a collaboration between Lotus Engineering, Jaguar Cars Ltd, MIRA Ltd and Caparo Vehicle Technologies, demonstrating a large, lightweight, prestigious executive saloon with less than 120 g/km CO2 emissions.

Simon Wood, Technical Director of Lotus Engineering said: “Most series hybrid vehicles that are currently being developed will use adaptations of existing, conventional engines which are therefore compromised in the efficiency that they can achieve, designed as they are for a wide range of operating conditions. Designing the Lotus Range Extender purely for use in series hybrids has allowed us instead to develop an optimised engine that has high thermal efficiency, low fuel consumption, multi-fuel capability and a 35 kW peak output from a 1.2 litre, low cost architecture over the precise operating range required by a series hybrid drivetrain.”

Key features of the Range Extender engine in detail:

The Range Extender features a novel engine architecture incorporating a monoblock construction that blends the cylinder head and block together eliminating the need for a cylinder head gasket, improving durability and reducing weight. Approximately 17 parts are eliminated using this approach and the water jacket is better optimised.

Attached to the engine via the crankshaft, the generator sustains vehicle operation beyond the range provided by the batteries.

The Lotus Range Extender engine generates a reduction in emissions through faster light-off of the close-coupled catalytic converter with a reduction in heat loss between the exhaust port and catalyst inlet. Engine operating range is optimised to deliver more efficient running, which also aids underhood thermal management.

Utilisation of the monoblock construction results in an assembly cost reduction, while there is also a reduced catalyst loading requirement because less heat is lost on engine start-up between the exhaust port and catalyst inlet.

Increased vehicle integration flexibility is achieved because of the reduction in mass and the reduced package size leads to reduced space requirements. Particular emphasis has also been placed on the coupling of the generator and NVH signature. 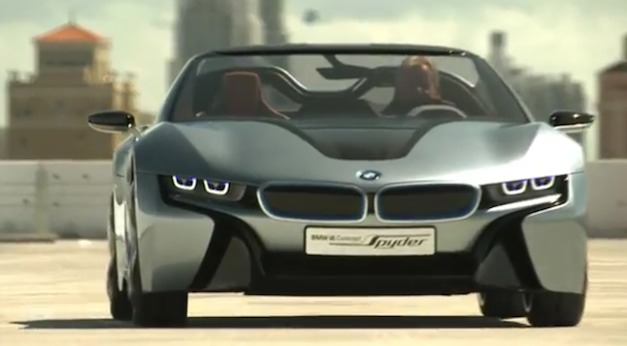 April 2, 2012 Omar Rana Comments Off on Videos: BMW i8 Spyder Concept in Action 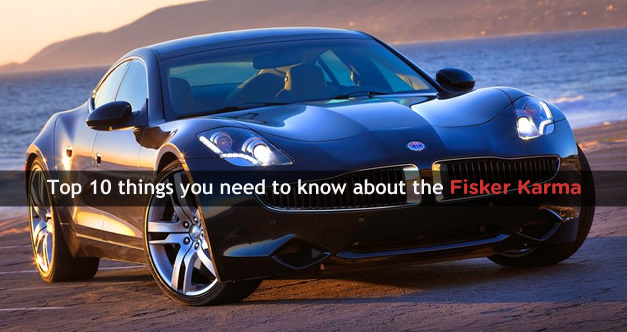 December 8, 2011 Omar Rana Comments Off on Top 10 things you need to know about the Fisker Karma

May 19, 2010 Omar Rana Comments Off on Group of automakers agree to make electric-cars louder