FoMoCo announced today that it is rolling out its freshest lineup ever for the 2010 model year with a series of new high-quality fuel-efficient cars and crossovers. Ford also announced details on 30 new powertrain “actions” globally, 22 of which will occur in North America alone.

Ford said that the average fuel economy of its vehicle lineup will improve 20 percent through the end of 2010, when compared to 2005. It said that that the company is on track to improve fuel-economy of its fleet by more than 35 percent by 2015.

As reported earlier this morning, Ford also confirmed that its 2.0L 4-cylinder EcoBoost engine will go on sale next year. The engine will be the first EcoBoost engine to include Twin-Independent Variable Cam Timing (Ti-VCT) and will deliver a 10 to 20 percent fuel economy improvement when compared to V6 engines. Ford did not say which models will get the 2.0L 4-cylinder EcoBoost.

We expect the 4-cylinder EcoBoost to find its way under the next-generation Ford Focus, Fiesta, Escape, Fusion and many others.

Make the jump for the press release for full details.

* Fuel efficiency improves yet again
o Average fuel economy of Ford’s vehicle lineup will improve approximately 20 percent through the end of 2010 versus 2005, and the company is on track to improve fuel economy by more than 35 percent by 2015
o Ford’s fuel economy improvements are driven by more than 30 new powertrain actions globally through the end of 2010; 22 slated for North American products
o Ford announces a new 2.0-liter, 4-cylinder EcoBoost engine to go on sale next year

DEARBORN, Mich., July 21, 2009 – Ford Motor Company is delivering its freshest lineup ever for the 2010 model year with a series of new, high-quality, fuel-efficient cars and crossovers and an unprecedented investment in advanced new powertrains.

Ford today is rolling out its entire 2010 model year Ford, Lincoln and Mercury lineup for North America and announcing plans for 30 new powertrain actions globally – 22 in North America alone – by the end of 2010.

“We are creating a full lineup of Ford vehicles – small, medium and large cars, utilities and trucks – that are best-in-class in fuel efficiency, quality, technology and safety and available to consumers with exceptional value,” said Derrick Kuzak, group vice president, Global Product Development. “We are making fuel economy a reason to buy a Ford, and we are distinguishing ourselves as leaders in connectivity and unique consumer-friendly technologies – many of which are appearing in our 2010-model lineup for the first time ever.”

The unprecedented number of new vehicle introductions for the 2010 model year includes:

Plus, Ford is delivering vehicles with even greater levels of interior comfort as well as more new convenience and safety technologies than competitors offer – even in premium sedans. These new technologies include:

Fuel efficiency improves with more new powertrains
Ford also is making an unprecedented investment in new engine, transmission and driveline components, helping the company improve its average U.S. vehicle fuel economy by approximately 20 percent fleet-wide through the end of 2010 versus 2005 – with plans to increase car and truck fuel economy by more than 35 percent by 2015, thanks to powertrain advancements.

“We are absolutely committed to delivering new products with the best fuel economy in every segment in which we compete – driven in large part by substantial advancements in powertrain technology,” said Barb Samardzich, vice president, Ford Global Powertrain Engineering.

In addition to an aggressive electrification strategy – which will result in at least four electrified vehicles on the road in the U.S. by 2012, including full battery electric vehicles, new hybrids and a plug-in hybrid – Ford is improving gasoline engines across all products in high volumes.

The foundation for Ford’s plan is its new EcoBoost engine. EcoBoost is a new high-volume, affordable engine technology slated for a range of global vehicles – from small cars to large trucks. It uses gasoline turbocharged direct-injection technology for up to 20 percent better fuel economy, 15 percent fewer CO2 emissions and superior performance versus larger-displacement engines.

EcoBoost is arriving for the 2010 model year on the Ford Flex, Taurus SHO, Lincoln MKS and MKT. By 2012, the company plans to produce 750,000 EcoBoost units annually in the U.S. and 1.3 million globally. By 2013, Ford will offer EcoBoost engines in 90 percent of its product lineup.

For the 2010 model year, Ford also is offering two new hybrids. The Ford Fusion and Mercury Milan Hybrids deliver 41 mpg in the city – 8 mpg better than Toyota Camry Hybrid – making them the most fuel-efficient midsize sedans in America.

For the first time in the 28-year history of the Global Quality Research System (GQRS) study, customer satisfaction with Ford, Lincoln and Mercury vehicles has reached its highest level in North America – and now equals Toyota.

In addition, Ford, Lincoln and Mercury vehicles had the lowest number of “things gone wrong” among all automakers – putting Ford in a statistical tie with Toyota for initial quality and ahead of Honda.

“Ford’s total focus on quality and customer satisfaction throughout the design and manufacturing process is paying off, and customers are noticing,” said Mark Fields, Ford’s president, The Americas.

“This is a major milestone, but we are not satisfied,” he added. “For Ford, our plan is continuous improvement year after year.”

The GQRS study is conducted for Ford on a quarterly basis by Bloomfield Hills, Mich.,-based RDA Group. New vehicle owners are asked to report defects or issues as well as rate satisfaction with vehicle quality on a scale of 1 to 10 across an array of vehicle systems and features.

Strong new products attracting new customers
Internal and external studies show a positive trend in the percentage of consumers with favorable opinions about Ford and growing numbers of consumers who are willing to consider purchasing a Ford product, thanks to improved fuel economy, smart technology and higher residual values.

Among Ford’s recent accomplishments in the marketplace:

* Ford’s retail market share has improved in the U.S. for eight of the past nine months. Meanwhile, Ford of Canada became the No. 1-selling brand in June, achieving its eighth straight month of market share gains.
* The Ford brand just posted all-time highs in favorable opinion and purchase consideration, based on customer tracking. Favorable opinion of the Ford brand, for example, has risen 17 percent this year alone, with consideration up 13 percent – driven by customer response to new products.
* In the second quarter, Ford average vehicle transaction prices increased at a rate more than double the industry average, reflecting greater customer investments in higher vehicle series and optional features.
* Ford’s vehicle residual values are projected to be higher than domestic competitors’ and are closing the gap on the imports, according to Automotive Leasing Guide. The improvements mean Ford customers will see greater values at trade-in time.
* Vehicles such as the 2010 Fusion Hybrid are bringing new customers to Ford at unprecedented rates. Approximately 54 percent of Fusion Hybrid buyers did not previously own Fords, and 66 percent of Fusion Hybrid owners are coming out of foreign vehicles. Similarly, Ford Flex is drawing nearly 50 percent new buyers to the Blue Oval, more than one-fifth of them from imports.
* The Ford, Lincoln and Mercury brands all showed significant improvement in the 2009 J.D. Power APEAL study, which measures customer satisfaction in design, content and vehicle performance. The Ford F-150 and Flex were singled out for awards in their segments.
* Merrill Lynch’s closely watched “Car Wars” study concluded that Ford is expected to have the highest vehicle replacement rate among full-line manufacturers between the 2010 and 2013 model years. Ford’s average product freshness is expected to improve substantially – particularly compared to rivals – positioning the company to win even more new customers.

“Customers are recognizing that Ford is delivering exceptional quality, fuel efficiency, smart technology and better value,” said Fields. “We’re delighted to see more and more new customers putting their trust in Ford and encouraging others to do the same.” 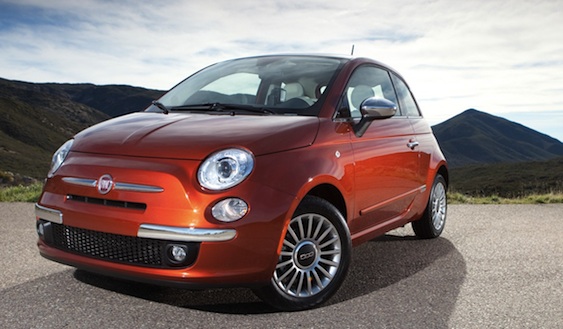