So you think by buying an affordable mini or microcar you’ll be saving money? Not according to the Insurance Institute for Highway Safety (IIHS). The IIHS announced today that those fuel-efficient little buggers can add up to thousands of dollars in repair costs since “the bumpers don’t adequately protect vehicles from damage.”

“None of the bumpers on 7 mini and microcars the Insurance Institute for Highway Safety recently tested earns the top rating of good, and just 1, the Smart Fortwo, is acceptable,” IIHS said in a statement. “Five out of the 7 earn poor ratings and 1 earns a marginal”

Mini and microcar bumpers allow pricey damage;
none of the 7 tested rates good under new system

ARLINGTON, VA – Urban drivers often pick mini and microcars because they’re affordable, fuel efficient, and easy to park on city streets. Fender-benders are hazards of urban driving, and just one of them can add up to thousands of dollars in repair costs because the bumpers don’t adequately protect vehicles from damage. None of the bumpers on 7 mini and microcars the Insurance Institute for Highway Safety recently tested earns the top rating of good, and just 1, the Smart Fortwo, is acceptable. Five out of the 7 earn poor ratings and 1 earns a marginal.

The Institute evaluated results according to a new ratings protocol for low-speed tests that better represents the damage insurance claims centers assess daily. The worst performer is the Kia Rio with $9,380 total damage in the 4 tests, 2 full-width and 2 corner impacts, to earn a poor rating. The Rio’s repair bill is worse than those of most other small and midsize cars and minivans the Institute has tested. This minicar racked up about $3,700 damage, or 30 percent of its purchase price, in the full-front test alone. The Toyota Yaris, Honda Fit, Hyundai Accent, and Mini Cooper also earn poor ratings for bumper performance (see table below).

The Smart Fortwo is best overall, with $3,281 total damage in 4 tests. Costs are relatively low for this microcar because its prepainted plastic body panels are dent-resistant, inexpensive, and easy to replace. The Chevrolet Aveo, a minicar, is next best, with $4,490 total damage.

“You should be able to drive your car home after a low-speed crash, but too often vehicles are sidelined by only minor impacts,” says Institute senior vice president Joe Nolan. “Damage to sheet metal, air-conditioning condensers, and safety equipment like headlights should never happen when your car is bumped at just 3 to 6 miles an hour. Bad bumpers add up to one big headache for consumers.”

New ratings system: These are the first bumper test results released under a new Institute ratings protocol that’s based on repair costs averaged and weighted to reflect real-world damage patterns. These averaged and weighted repair costs determine each vehicle’s overall rating of good, acceptable, marginal, or poor in 4 bumper tests representing full-width and corner crashes at low speeds. Weighted average repairs must be less than $500 for a good rating, less than $1,000 for acceptable, and less than $1,500 for marginal. Repairs of $1,500 or more earn bumpers a poor rating.

“Bumpers can be designed so there’s no damage in these low-speed impacts. At a minimum, repairs should cost less than the typical insurance deductible for a collision, which is $500,” Nolan explains. “This is why we set the benchmark for a good rating at less than $500. Damage at this level may be only cosmetic, so consumers may choose not to bother with repairs. Likewise, $1,000 is about the cost of a new bumper cover, reinforcement bar, and paint, while $1,500 includes replacing vehicle parts like grilles and headlights. When you reach $1,000 the bumper isn’t doing its job, and anything $1,500 or higher is egregious.”

No vehicle can earn a good or even an acceptable rating in the Institute’s bumper tests if it’s unsafe to drive afterward or can’t be driven at all. Inoperable headlights or taillights, severely buckled hoods, or a compromised engine cooling system would prevent any vehicle from achieving the top 2 ratings. For instance, the Accent’s hood buckled and its radiator hose kinked in the full-front test.

“If you decided to drive away after this, you’d be calling a tow truck in short order because of engine overheating,” Nolan says.

How they’re rated: The Institute puts bumpers through 4 crash tests including full front and rear into a barrier that mimics the front or back bumper on another vehicle plus front and rear corner impacts. The full-width impacts are run at 6 mph while the corner ones are at 3 mph. The shape of the barrier the Institute uses to test bumpers represents a typical vehicle bumper. It’s set at 16 inches from the ground in the corner test and 18 inches from the ground in the full-width test.

Bumpers are supposed to absorb the energy of low-speed collisions and slow vehicles before there’s damage to expensive-to-repair parts like grilles, hoods, and fenders. They also should extend to vehicle corners to protect costly lights and fenders.

Bumpers have to be tall enough to engage, and stay engaged with, the bumpers on other vehicles in collisions, even during emergency braking. Otherwise, the bumpers bypass each other when vehicles collide, overriding and underriding so crash energy is absorbed by body parts instead of bumpers.

For example, the front bumper of the Rio briefly engaged the barrier in the front full-width test before it underrode it, resulting in damage to its grille, hood, headlights, radiator, fender, and air-conditioning condenser, plus the bumper reinforcement bar. The Rio had the most expensive damage in this test, and the Accent had the second highest.

Five of the 7 cars in the full-front test underrode the barrier, and none sustained less than $1,000 damage. The 2 that engaged the barrier, the Aveo and Fit, have the lowest damage totals in this test. In the full-rear test, only the Mini Cooper fully engaged the barrier. It also has the highest bumper of the group and the second lowest damage total behind the Smart Fortwo’s. The Mini’s rear bumper is tall enough to do a reasonably good job in the full-width-rear test. Repairs cost $929, while the Smart’s bill is $631. Damage to the Fit in the same test is $3,648, or 25 percent of this car’s list price.

“Just about every panel and part on the back of the Fit had damage in the full-rear test,” Nolan says. “The bumper isn’t in the right place to protect the tailgate, rear panel, and taillights because it’s mounted too low. It’s built this way to allow easy cargo access through the tailgate. The trade-off is that in an everyday rear-ender, the other car will hit the tailgate instead of the bumper.”

Pricey styling decisions: The Mini Cooper is the only car the Institute has tested with a hood that buckled in the front corner test. This is a pricey styling design on the manufacturer’s part, Nolan points out. The minicar’s hood wraps around the front of the car like a fender, so instead of replacing just a fender, the car needed an $810 new hood. Repairs total $2,637 in this test.

Minor impacts can cause lots of damage if the bars underneath bumper covers aren’t long enough to protect car bodies out to the front and rear corners, compromising lights and other safety-related parts. Five of the 7 cars in the full-front test and 6 in the front corner test required headlight replacement.

In the rear corner test, the bumpers on the Aveo, Mini Cooper, Rio, and Yaris all engaged the barrier. Damage was limited to the bumper cover, a sign of a better bumper design.

Smart’s design saves on repairs: The Smart’s plastic body parts easily can be replaced in sections. This makes repairs relatively affordable in comparison to other vehicles. For example, front and rear bumper covers come in 3 sections each (left, right, and center), so mechanics need to replace only the damaged parts instead of the entire plastic cover. Also keeping costs down is the fact that the bumper cover sections are prepainted. They cost roughly $160 for the center section and $180 each for the left or right fender sections.

This is the first car the Institute has tested that has prepainted body panels. In comparison, it costs $480, not including labor, to replace and paint a front bumper cover on the Aveo.

“With consumers watching every penny in this shaky economy, no one should have to shell out hundreds and even thousands of dollars to fix damage that shouldn’t happen in the first place. That’s not to mention the time that’s wasted coordinating and waiting for repairs,” Nolan says. “Our new bumper ratings should help streamline the buying process so consumers can zero in on vehicles with good bumpers. At the same time, the ratings should encourage automakers to make improvements that help move cars off their lots.”

Better bumpers don’t have to be complicated. Auto manufacturers already know how to make good ones. Longer and taller reinforcement bars and energy-absorbing material are key to reducing damage in low-speed collisions. 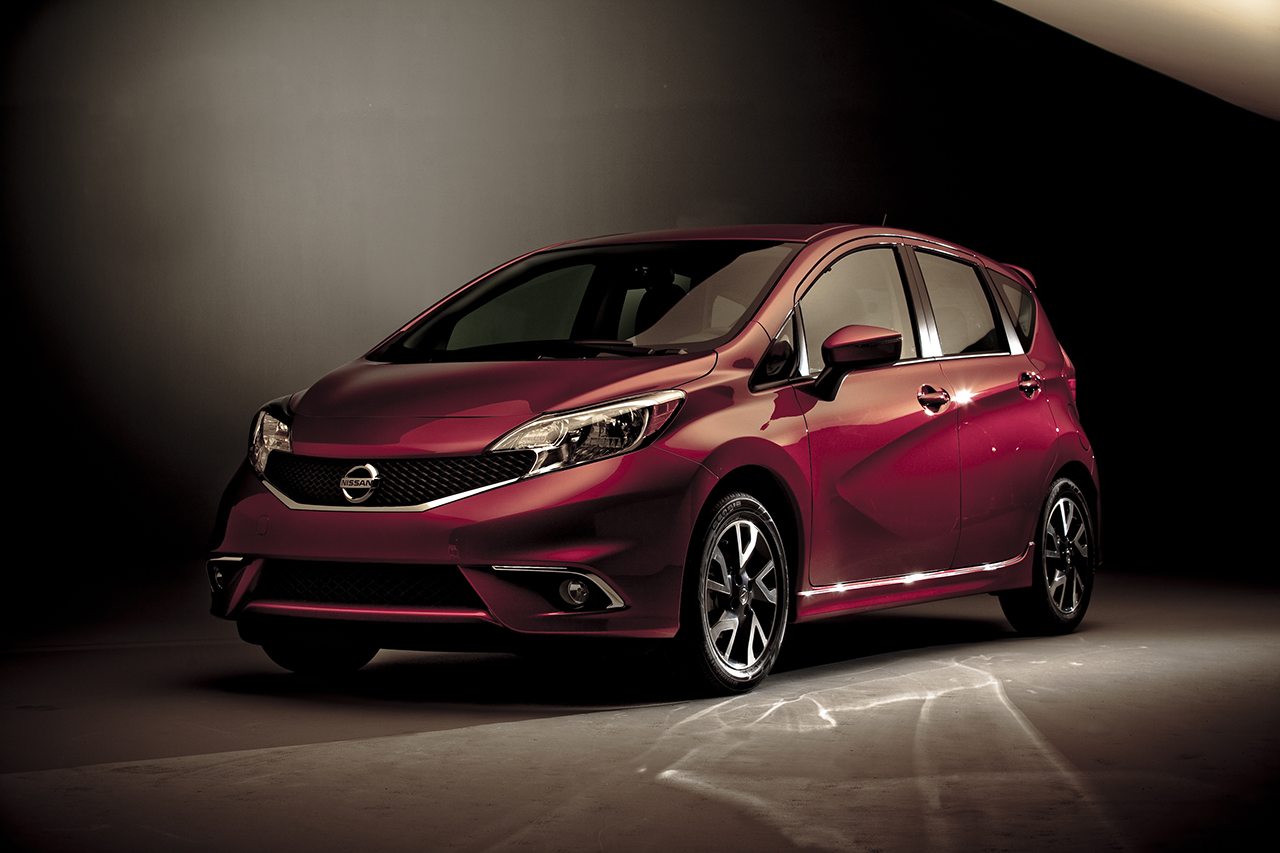 February 24, 2010 Omar Rana Comments Off on Daimler strikes deal with Renault/Nissan to produce next Smart for 2014