Last month, Bloomberg reported that Fuji Heavy Industries, producer of Subaru vehicles, will be introducing gasoline-hybrid models by 2012. Well, it seems like Subaru is going to go a little further than that. Subaru has announced that it will sell its Stella plug-in hybrid electric-car starting July. Subaru said that it will sell a total of 170 units for this fiscal year.

Based on the Stella compact car, the Stella plug-in hybrid features a electric-drive-system that allows it to travel 55 miles on battery power alone.  With its quick charge system, the Stella EV can be charged up to 80 percent in 15 minutes. A regular household power outlet charge will take up to 5 hours.

Pricing for the Stella EV starts at 4,725,000 yen ($48,003 USD). We’re guessing Subaru will use customer feedback from the 170 Stella EVs to eventually mass-produce an electric-vehicle for the near future.

Tokyo, June 4, 2009 – Fuji Heavy Industries Ltd. (FHI), the maker of Subaru automobiles, today announced
the launch of its Subaru Plug-in STELLA electric vehicle (EV), which is equipped with a high-performance
lithium-ion battery. The model will be sold in Japan directly through FHI. Delivery will start from late July
and around 170 units of delivery in total will be planned in this fiscal year (by the end of March 2010).
After-sales services will be provided through some Subaru dealerships designated by FHI.

The Subaru Plug-in STELLA was developed based on the Subaru STELLA mini car. It combines the EV
system with the compact and light body, which offers an adequate and convenient means of transportation
for daily commuting. It also achieves 90km* range of driving featuring the most appropriate number of
batteries required for city driving. (*Claim based on Subaru research. Driving range when driven in 10-15
mode of Japanese Ministry of Land, Infrastructure, Transport and Tourism.)

The EV can be re-charged up to 80% of its capacity in 15 minutes using the quick charging system, whereas
it’s also fully rechargeable in 8 hours with AC100V household power outlet or 5 hours with AC200V. The
car not only offers zero CO2 emissions during driving but also dramatically reduced level of CO2 produced
in the process of electric generation, compared to the petrol engine vehicle’s emissions level. The Subaru
Plug-in STELLA’s new mobility combines utility, practical driving range and environmental friendliness.

The electric motor of the EV, mounted in the engine room, generates 47kW of maximum power output. The
Subaru Plug-in STELLA offers powerful and smooth acceleration, making full use of the advantages of the
electric motor. It generates maximum torque from the start. It also recovers inertia energy in deceleration
through a regeneration system, which further enhances the energy efficiency.

The manufacturer’s suggested retail price of the Subaru Plug-in STELLA is 4,725,000 yen (including
consumption tax). It was approved by the “Next Generation Vehicle Promotion Center” as a vehicle whose
users are offered a subsidy of 1,380,000 yen at a maximum. Additional tax reduction will also be expected
due to special measures conducted by Japanese Ministry of Land, Infrastructure, Transport and Tourism.

FHI pursues the perfect integration of a pleasant and reliable driving with environmental considerations in its  vehicle development philosophy. In its efforts to constantly enhance its current power unit line-up, FHI
positions the EVs as one of the viable solutions and key technologies for environmental preservation, and it
will further research and develop its EVs.

Lutz: Cadillac Converj is one potential future application for the Voltec system

July 13, 2009 Omar Rana Comments Off on Lutz: Cadillac Converj is one potential future application for the Voltec system 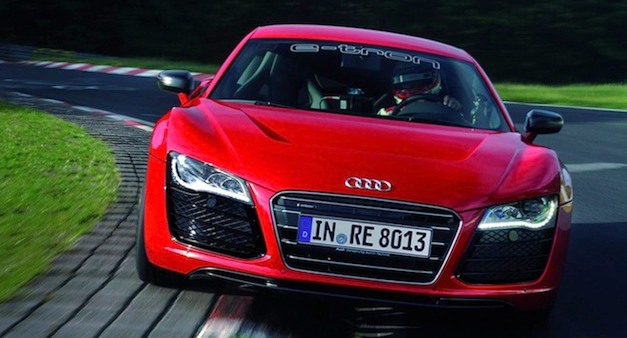 April 12, 2010 Omar Rana Comments Off on Infiniti’s version of the Leaf will look sporty and luxurious… less like a leaf