Last month when Chrysler listed most of its $2 billion assets in bankruptcy court, the Auburn Hills automaker said that it didn’t have any firm offers for its Viper brand, which was put up for sale last August. The only offer that Chrysler listed was a $5.5 billion bid by Devon Motors Works.

Now there is a new twist to the Viper story. A California congressman asked former CEO Bob Nardelli to disclose information on a $35 million bid for Viper. He said that the offer hand been hidden from Chrysler’s bankruptcy filing.

In a letter to Bob Nardelli, Rep. Darrell Issa, Calif. said that the lack of disclosure about the information on the bid suggests that Chrysler’s bankruptcy was mishandled. He said that Chrysler must provide proof that Fiat SpA was not trying to get rid of Viper altogether in order to eliminate a rival to its Ferrari unit.

Issa said that a group of investors had been exploring to buy Chrysler’s Viper business in March and April. He said that the group had spoken to Louisiana officials and that the office has a record of a sales agreement that was never signed.

“If it is the case that Fiat used its ‘hard-fought’ superior bargaining position to establish as a condition of the merger a requirement that Chrysler allow the Viper brand to disappear in order to reduce competition for Ferrari, this too must be presented to the court, said Issa.”

All we can say is – Sergio Marchionne may have been threatened with the Dodge Viper SRT10 ACR’s 7:22.1 Nurburgring lap. 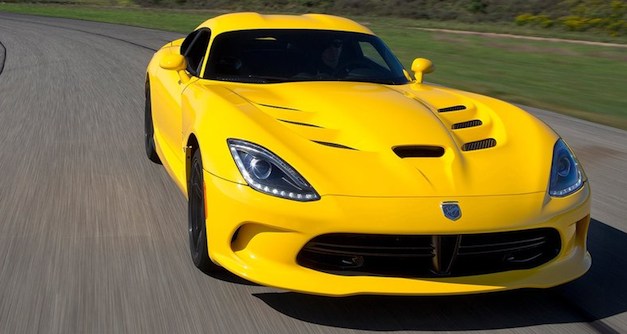 May 31, 2011 Omar Rana Comments Off on Marchionne: Chrysler willing to buy back Canadian government’s share in company