Later this summer, the Olsberg Motor Sport Evolution from Sweden will take two modified race-spec Ford Fiestas to race in the annual Pike’s Peak “Race to the Clouds.” The two modified Fiestas will be piloted by Andreas Eriksson and rally legend Marcus Gronholm.

Based on the road-going Fiesta compact cars, the race-version will run in the Unlimited Class, which allows the team to make extensive modifications. The Olsbergs MSE Fiesta Rallycross cars run on an all-wheel-drive system and are powered by a 2.0L Duratec Ford engine capable of more than 800-hp.

The suspension system of the Fiesta Rallycross car’s is the result of a collaboration between Olsbergs Motor Sport Evolution, Ã–hlins and Ford of Europe’s Team RS engineers,

“We worked night and day all winter to get the Fiesta ready on time for the European championships, and it was great to see it score a hard-earned victory in Portugal at the start of May,” said Eriksson. “We are excited to be bringing the car to Pike”s Peak and to be able to see what it can do in such a unique competition. It”s a legendary event, and we”ve already been there to take a look at the challenge we will face. I”m convinced we”ll be a top contender to break the 10-minute mark and give the Fiesta a proper racing debut in the U.S.”

Ford Racing North America, although not directly involved in the project, will assist the team with logistical support while it is in America. 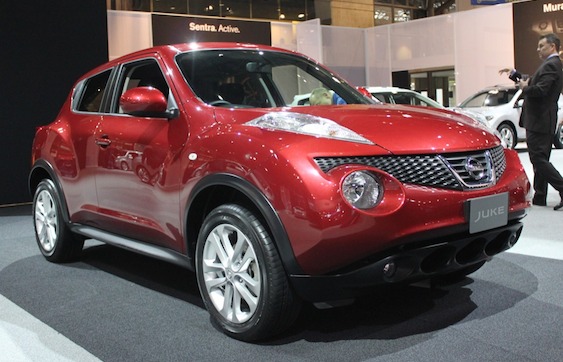 More than 90% of Chevy customers are new to the brand, thanks to Volt

May 4, 2011 Omar Rana Comments Off on More than 90% of Chevy customers are new to the brand, thanks to Volt

Report: Audi and Volkswagen bet on large vehicles when it comes to the U.S.