Buyers can opt for features such as a Technology Package with Intelligent Cruise Control and front Sonar System for parking; and an Infiniti Mobile Entertainment System with a DVD player, 8-inch color screen, two wireless headphones and remote controller.

Infiniti today announced pricing on the 2010 Infiniti QX56 full-size luxury SUV, which is on sale now at Infiniti retailers nationwide. The QX56 is available in two-wheel and four-wheel drive models, both equipped with a standard 320-horsepower 5.6-liter DOHC V8, 5-speed automatic transmission, leather-appointed seating and a long list of luxury and technology features. The Manufacturer’s Suggested Retail Price (MSRP) for the 2010 Infiniti QX56 2WD is $56,050 and $59,150 for the Infiniti QX56 4WD.* 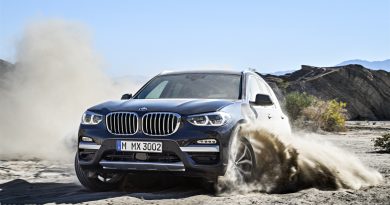