The 24-Hour Race at the Nurburgring will return on May 23/24 and Volkswagen will be returning to Green Hell with three Sciroccos. Volkswagen will feature two new Scirocco cars with natural gas engines. Last year, Volkswagen held a one-two victory in the 2.0L turbo-class right before the Scirocco’s market launch.

This time, the 2.0L Scirocco will be joined by two Scirocco GT24-CNG 2.0L turbo engines powered by a natural gas that helps it pump out 300-hp. Power will be transferred to the wheels via a 6-speed DSG gearbox with steering-wheel mounted paddle-shifters.

The Scirocco GT24-CNG will make its debut on April 18th, at the Four-Hour Race on the “ring.”

At the 24-Hour Race on the NÃ¼rburgring on 23/24 May, Volkswagen will field two Scirocco cars with innovative natural gas engines. Following the historic one-two victory at the Dakar Rally in January, which Volkswagen won as the first automobile manufacturer using diesel technology in the event, the Wolfsburg brand is now taking on another technical challenge – the use of EcoFuel engines in the endurance test twice around the clock on the world’s most demanding race track.

Last year, Volkswagen clinched a one-two victory in the 2.0-litre turbo class even before the Scirocco’s market launch.

“The 24-Hour Race offers Volkswagen an exciting stage to demonstrate its technical capabilities and expertise,” says Volkswagen Motorsport Director Kris Nissen. “The Scirocco GT24 already proved its strengths as a dynamic sports coupe by clinching class victory in its debut race last year. In 2009, we are taking yet another step forwards by using two different engine concepts. We want to prove that Volkswagen offers different powertrain concepts, all of which excel in terms of high efficiency, dynamics and reliability. The Nordschleife and the 24-Hour Race provide an ideal test bed for this purpose.”

Engine technology: innovative and proven systems for the circuit marathon

For this acid test on the challenging Nordschleife, Volkswagen developed a CNG (compressed natural gas) version based on the 2.0-litre petrol engine that was victorious last year. The engineers primarily focused on the fuel induction system of the unit equipped with a turbocharger as well as on the balance between maximum exhaust gas temperature and full usage of the turbocharger’s potential in order to optimise both driveability and power output. The result: just under 300 hp and 350 Nm of torque which continue to be transmitted to the front wheels via a six-speed DSG gearbox operated by paddle shifters on the steering wheel.

Natural gas as an efficient and clean source of power

The new generation of natural gas turbo engines takes full advantage of the high anti-knock quality of approx. 130 octane offered by natural gas fuel. This enables natural gas vehicles to achieve a level of driving dynamics unrivalled by any other alternative powertrain system. Furthermore, natural gas as a fuel is particularly eco-friendly as well as very cost-effective.

“Dakar” aces, “NÃ¼rburgring” experts and multi-talents: the drivers of the Scirocco GT24

The squad of one of the three petrol-powered Scirocco GT24 cars reflects the exploit achieved at the Dakar Rally: “Dakar” winner Giniel de Villiers (ZA), two-time World Rally Champion Carlos Sainz (E) as well as Dieter Depping (D) will take turns at the wheel during their excursion from rally to circuit racing.

A true juniors’ foursome is formed by last year’s winners Jimmy Johansson (S) and Florian Gruber (D) as well as Nicki Thiim (DK) and Martin Karlhofer (A). In addition, the formula racing specialists Congfu Cheng (CN), Carlo van Dam (NL) and Franck Mailleux (F) as well as the two-time 24-H overall winner Altfrid Heger (D) will share another one of the cockpits of the 330 PS Scirocco GT24 cars.

A model of success returns: the Scirocco GT24 on the Nordschleife

The 2009 24-Hour Race on the NÃ¼rburgring will mark the return of the Scirocco GT24 to the scene of its success. Last year, the Scirocco experienced its competition debut even before its production counterpart started selling on the market. Jimmy Johansson (S), Florian Gruber (D), Thomas Mutsch (D) and Hans-Joachim Stuck (D) secured class victory in the ultra-competitive 2.0-litre turbo class (SP3T) in front of an audience of some 200,000 spectators. The one-two victory in the field of 219 touring cars that had started from the grid was completed by Carlos Sainz (E), Giniel de Villiers (ZA), Dieter Depping (D) and Hans-Joachim Stuck (D).

Tests and races to prepare for the 24-hour NÃ¼rburgring

In addition to tests, Volkswagen’s preparation for the 24-hour NÃ¼rburgring includes three races in the BFGoodrich Endurance Championship NÃ¼rburgring. The Scirocco GT24-CNG will make its debut on 18 April at the Four-Hour Race on the “ring”.

May 21, 2009 Omar Rana Comments Off on Citroen GT supercar to lap Nurburgring at 24-Hour Race event 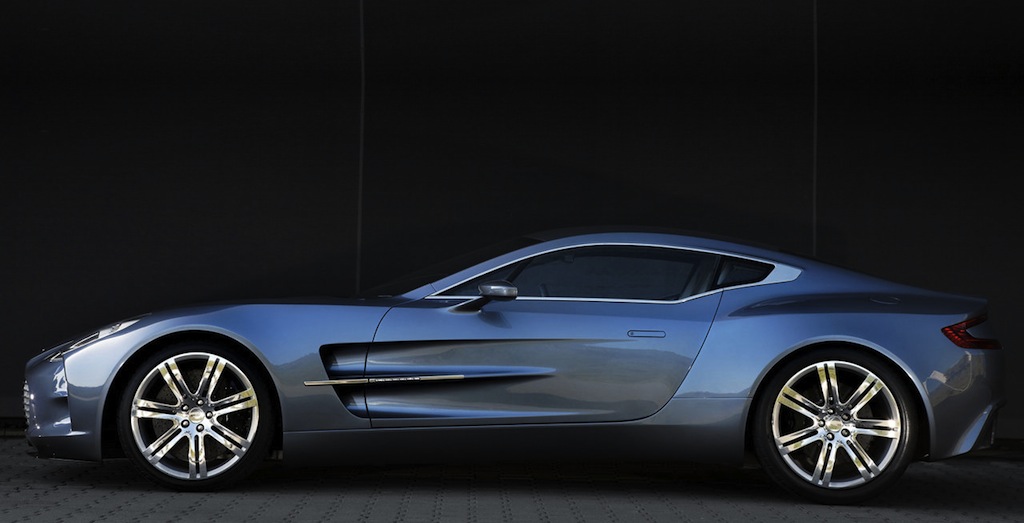