Ford said today that a new study shows that its SYNC hands-free system reduces the level of driving distractions when a drive attempts to select a phone number or choose a song to play from their playlist.

The research conducted by Ford itself found that on average a driver takes his/her eyes off the road for 25 seconds when selecting a song from their MP3 player compared to 2 seconds while using SYNC.

You can read all about it in the press release after the jump.

DEARBORN, Feb. 4, 2009 ““ A new study shows that Ford’s SYNC hands-free system significantly reduces the level of distraction when drivers select a phone number or choose a song on their MP3 player compared with the same operations with hand-held cell phones and music players.

For example, the research conducted by Ford Motor Company shows study participants spent an average of 25 seconds with their eyes-off-the-road to select a song with a handheld MP3 player compared with 2 seconds for those choosing a song using SYNC.

“We know people want to stay connected in their vehicles, so Ford is continuing to deliver that connectivity for them responsibly and safely,” says Susan Cischke, Ford’s group vice president of Sustainability, Environment and Safety Engineering. “Our SYNC research backs up what most of us instinctively know ““ that it is better while driving to place a call using a voice interface than dialing manually, because you can keep your hands on the wheel and eyes on the road.”

Ford’s researchers found that distraction potential for most tasks was significantly minimized when the SYNC voice interface was used as compared to the manual-entry required for handheld devices. For example, reading a text message on a handheld phone typically took the driver’s eyes off the road for 11 seconds compared to about 2 seconds when listening to the text message with SYNC’s text-to-speech output. Drivers also meandered over lane lines in more than 30 percent of trials using handheld phones and music players for song, artist, and phone book contact selection, as compared to zero percent when performing those same tasks with SYNC.

Ford’s study results are consistent with prior research, such as Virginia Tech and the U.S. Department of Transportation’s recent driving study, which followed 109 drivers for one year, including 42,300 hours of driving over two million miles. That study concluded that manually dialing a handheld device — a task that requires looks away from the road — while driving was almost 2.8 times riskier than normal driving. However, the on-the-road study showed that talking/listening on a phone while driving was no riskier than normal driving.

SYNC, which recently earned Popular Mechanics’ Editor’s Choice Award for best new products at the 2009 International Consumer Electronics Show, allows consumers to connect almost any mobile phone or digital media player with their vehicle (via Bluetooth or USB connection). The driver is able to operate them by using voice commands and a steering wheel-mounted control.

The success of SYNC continues to grow. By summer 2009, Ford’s entire North American lineup will offer this technology with more than 1 million SYNC-equipped vehicles on the road by the third quarter of 2009.

Ford, working with the Alliance of Automobile Manufacturers, helped develop guidelines for new telematics and infotainment systems. The voluntary guidelines set limits to the eyes-off-road time required to complete visual-manual tasks. Even though SYNC is a voice-based system, its visual-manual components covered by the Alliance guidelines were tested to ensure they meet the distraction requirements.

“Ford is committed to addressing driver distraction research and testing, and implementing our findings in safety and advanced infotainment systems throughout our vehicle lines,” says John Shutko, Ford technical specialist in Human Factors and Ergonomics. “We know that customers are increasingly using telematics devices while driving their vehicles and studies show voice-activated systems like SYNC offer significant safety benefits over hand-held manual devices. If people are going to use nomadic devices, Ford Motor Company wants to offer our customers a safer way to use them, through SYNC.”

SYNC’s new “911 Assist” feature will help drivers connect with emergency assistance in the event of an air-bag deployment. When a phone is properly paired, turned on and connected to SYNC ““ which is designed to happen every time the driver enters the vehicle with his or her cell phone ““ the system will be ready to assist in placing a call to a local 911 emergency operator should an air bag-deploying accident occur.

“With SYNC, and specifically with the 911 Assist feature, we will be providing our customers an extra layer of security and peace of mind,” Cischke says.

Customers won’t have to spend significant time with eyes off the road and hands off the wheel searching for this information on their radios, maps or other telematic devices. Driving safety can be improved when customers can retrieve this information quickly and efficiently using simple voice commands.

The new services will be available on nearly all 2010 Ford, Lincoln and Mercury models with no initial monthly subscription fees, thanks to three years of service included with a new vehicle purchase. 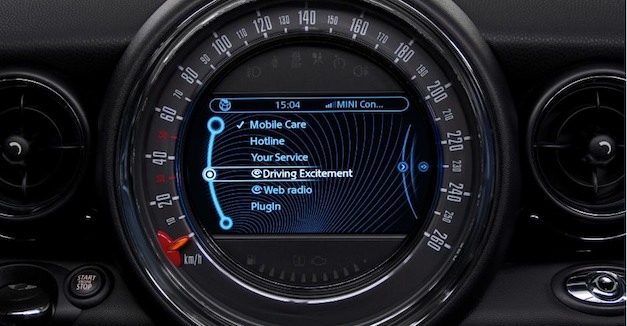 OnStar plans on expanding its services on a global scale

August 9, 2011 Omar Rana Comments Off on OnStar plans on expanding its services on a global scale