General Motors announced today that it is planning the next phase of getting the Chevrolet Volt ready for two cities it believes that the plug-in hybrid will do well in. GM will be working with San Francisco and Washington, D.C. to accelerate their transition to plug-in electric hybrid vehicles.

What does this new phase mean? GM will be working with a broad group of utilities to build an infrastructure that will allow you to recharge your plug-in hybrid, like the Chevy Volt, on the go.

GM says that there have been significant development in the segment including a $7,500 tax incentive for consumers of plug-in electric hybrids, California cities announcing plans for a plug-in hybrid infrastructure and a new Michigan law that expedites the development of advanced battery manufacturing.

– Plug-in-ready communities key to commercializing electric vehicles
– Next phase of getting the Volt ready for market will include communities such as Washington, D.C., San Francisco and other early-adopter markets
– GM and a broad group of utilities working together to establish infrastructure and accelerate the commercialization of plug-in electric vehicles

WASHINGTON – General Motors today outlined a comprehensive plan of action to help communities get ready for plug-in electric vehicles such as the upcoming Chevrolet Volt. GM announced details of the plan at the Washington Auto Show.

“Collaborating with communities such as San Francisco and metropolitan areas such as Washington, D.C. – where there’s already an interest in plug-in vehicles – is another important step toward raising customer awareness of the environmental and economic benefits of vehicles such as the Volt,” said Ed Peper, GM North America vice president, Chevrolet.

General Motors is working with key stakeholders in cities such as San Francisco to develop policies and enablers to accelerate the transition to plug-in electric vehicles. GM will undertake similar efforts around the country in communities such as Washington, D.C. These actions will help ensure the early success of the Chevrolet Volt – which hits the market next year – and other plug-in vehicles. Stakeholders that are key to establishing plug-in-ready metropolitan areas and regions include:

“Cities have an indispensable role in making plug-in vehicles successful,” said San Francisco Mayor Gavin Newsom. “Here in San Francisco, we are acting now to make sure the charging infrastructure will be available to support these vehicles as soon as they are ready for sale, and we are working with other cities in the region to make the Bay Area a thriving market for electric transportation.”

Challenges that need to be addressed include consumer incentives to make this early technology more affordable; public and workplace charging infrastructure; consumer-friendly electricity rates and renewable electricity options; government and corporate vehicle purchases; supportive permitting and codes for vehicle charging; and other incentives such as high-occupancy-vehicle (HOV) lane access.

GM is making great strides toward bringing the Volt from concept to the showroom. More than 30 prototype vehicles powered by lithium-ion battery packs are undergoing rigorous testing at GM’s Proving Ground in Milford, Mich. In addition, last month at the North American International Auto Show in Detroit, GM announced it will manufacture the Volt battery packs in the United States.

Several recent positive developments in this regard include:

– Last October, the federal government approved a $7,500 tax incentive for consumers of plug-in electric vehicles such as the Chevy Volt.
– In November, the California cities of San Francisco, San Jose and Oakland announced a plan for plug-in vehicle infrastructure, incentives and enablers.
– A new Michigan law expedites the development of advanced battery manufacturing and research capabilities in the state.

GM is also helping to pave the way to plug-in commercialization on several other fronts, including:

– Working with the Electric Power Research Institute (EPRI) and a coalition of more than 40 utilities to solve challenges and accelerate the commercialization of plug-in electric vehicles.
– Playing a lead role in helping to create Society of Automotive Engineers (SAE) standards for the vehicle charging interface.

“We know plenty of work still remains, both within and outside of GM,” said Peper. “But today’s and other recent announcements underscore the comprehensive work being done to bring the Chevrolet Volt and other electrically driven vehicles to market – and they also highlight why we are so optimistic about the ultimate success of the Volt.” 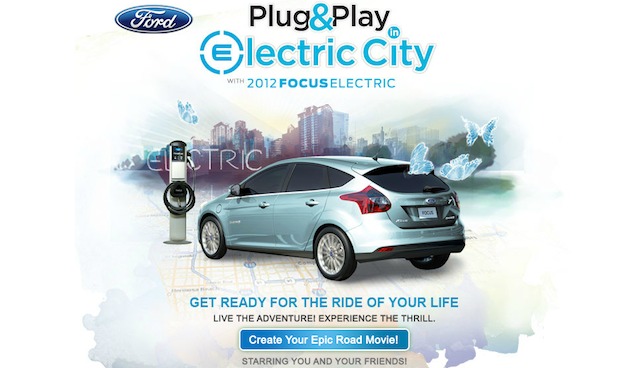