According to the folks at AutoCar, BMW is working on a fuel-efficient supercar that will incorporate all of its EfficientDynamics fuel-saving technologies. The BMW Z10 ED (ED standing for EfficientDynamics), is being produced to showcase BMW’s new powertrains, electronic technologies and body construction. All the things you see on the Z10 ED will eventually find their way on other BMW models within the next decade.

Originally, the car was planned to be a one-off concept car; however, when executives dropped plans to compete with the Audi R8 last year, the big bosses decided to make EfficientDynamics their main focus by greenlighting the Z10 ED to production.

The car is being produced by its Technik division, which has previously worked on the 3-Series based Z1 and the M5 based Z8. AutoCar says that the car should weigh no more than 1,400 kg (3,080 lbs). Engine options on the table right now include a turbocharged direct-injected inline-6. It will produce close to 400-hp when mated to BMW’s 7-speed dual-clutch gearbox. Sources say that with fuel-saving technologies such as start/stop and a rengeration braking system, the Z10 ED could increase fuel-efficiency by 15 percent. The regenerative braking system will store energy in an on-board lithium-ion battery, making the car a hybrid. 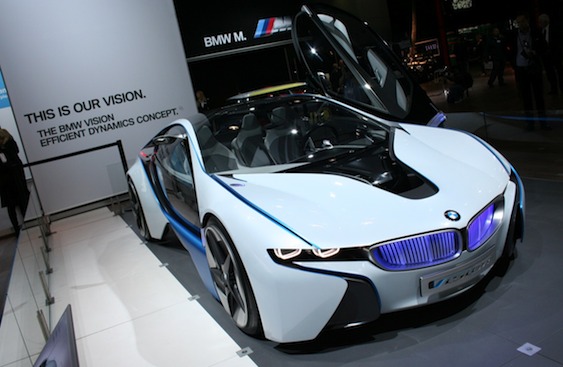