Happy New Year – what a way to kick off 2009. Ford has just dropped all the details on the brand spankin’ new 2010 Ford Shelby GT500 and this time Ford’s Special Vehicle Team delivers more power, more torque and better performance in a more refined package.

Using the already aggressive design of the 2010 Ford Mustang, Ford has made numerous aerodynamic upgrades including a new front end that optimizes air flow along with a new lower-drag rear spoiler. Ford has also added racing stripes this year on both the coupe and convertible models. Of course, Shelby’s exterior modifications are rounded off with the signature Cobra badges on the front grille and front fenders.

Follow the jump to read more and to view the high-resolution image gallery.

The inside of the 2010 Shelby GT500 upgrades the new interior design of the 2010 Mustang with two-tone genuine leather seats, aluminum trims on the instrument panel and Alcantara inserts on the seats and steering wheel (which this year gets an aluminum GT500 logo engraved into the center). Other interior goodies include the bright 360-degree rings surrounding the gauge cluster (seen on the 2010 Mustang) finished in Satin Liquid Chrome, a Shelby Cobra in the startup on the navigation screen, a red “SVT” logo with new ambient lighting and the classic white shift knob.

Ford says that the SVT team “used the gains made on the 40th anniversary edition Shelby GT500KR “King of the Road” Mustangs as the performance starting point and built from there.” The Shelby GT500KR’s 540-hp supercharged 5.4L V8 was thrown in the 2010 Ford Shelby GT500. However, the aggressive new exterior design enhances performance through a new power doom hood that helps cool the engine through a hood extractor to remove heat from the engine and a “Gurney Flap” spoiler to tune rear downforce. Shelby’s open-element air induction system features a conical air filter instead of a flat-panel closed system. Working along with a cold-air intake, that allows the 2010 Shelby GT500 to produce more power and increase the engine’s efficiency. Acceleration is improved with upgrades to the twin-disc clutch on the 6-speed manual transmission – which are now larger and are made of copper and fiberglass. Driving dynamics have been further enhanced with SVT’s chassis tuning, optimized spring and dampers and a stiffened steering shaft. The AdvanceTrac feature allows the driver with several performance options. The “on” mode helps with ever-day normal driving while “Sport” mode lets drivers loosen-up on the track.

Of course, when you buy a car like the 2010 Ford Shelby GT500, sound matters. While you may want people to know that you’re driving something powerful, you don’t want that noise filtering into the interior. The Noise, Vibration and Harshness (NVH) team used a patented resonator placed between the air filter and engine throttle body that helps keep noise out of the interior.

The 2010 Ford Shelby GT500 coupe rides on new 19-inch wheels wrapped in Goodyear F1 Supercar tires while the convertible sits on 18s. The 2010 Shelby GT500 will hit dealers later this spring. Pricing will be announced closer to launch.

Standard features on the 2010 Shelby GT500 include:

SYNC: The voice-activated hands-free in-car communication and entertainment system developed by Ford and Microsoft.  The system fully integrates most Bluetooth-enabled mobile phones and digital media players, providing customers hands-free cell phone and music selection capabilities ““ plus new 911 Assist and Vehicle Health Report provided with no monthly fees.
911 Assist:  When a phone is properly paired, turned on and connected to SYNC, the system is ready to assist in placing a call directly to a local 911 emergency operator in the event of an air bag-deploying accident. The key advantage of SYNC 911 Assist is speed, as calls are placed directly to local 911 operators.
Vehicle Health Report (VHR):  SYNC gathers relevant information from the major vehicle control modules and packages diagnostic data into a usable format in a matter of minutes.  That data packet is sent to Ford via an 800-number automatically dialed using the customer”s paired and operable mobile phone.
Ambient Lighting System with MyColor™ allows drivers to customize the interior lighting of the vehicle to suit their mood.  The enhanced MyColor system features seven base colors ““ ice blue, purple, blue, orange, red, white and green.  Customers also can create 125 custom colors by mixing the red-green-blue palette.

2010 Kia Forte Koup coming to the U.S. later this summer 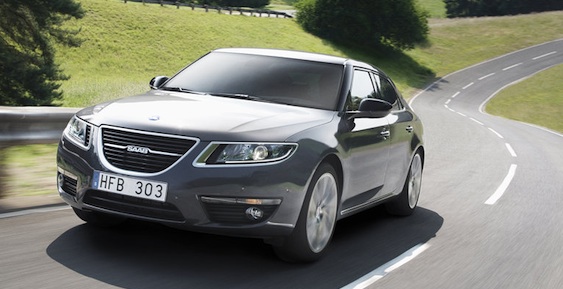