Here is your first look at the next-generation B-Class (in concept form of course) from Mercedes-Benz that will make its way to the U.S. in 2011. Next month at the 2009 Detroit Auto Show, Mercedes-Benz will reveal three new concepts under a new badge called ‘BlueZero’.

The first, known as the BlueZero E-Cell, will be powered by a lithium-ion battery pack that will allow for a maximum range of 124 miles on battery power alone. The BlueZero F-Cell will be the second concept featured in Detroit and will be powered by a tank full of hydrogen that allows it to go for a total of 400 miles with power coming from the car’s 120-hp electric-motor.

The third concept, and probably the one that will most likely see production, will be the BlueZero E-Cell Plus. Like the 2011 Chevrolet Volt, the BlueZero E-Cell Plus is an E-REV (Extended-Range Electric Vehicle). It is powered by a 67-hp 3-cylinder turbo engine from the Smart ForTwo that will charge an onboard lithium-ion battery pack allowing for a total of 373 miles. It is capable of traveling 62 miles on battery power alone.

Mercedes-Benz says that all three concepts will go from 0 to 62 mph in less than 11 seconds with a top speed electronically limited to 93 mph. 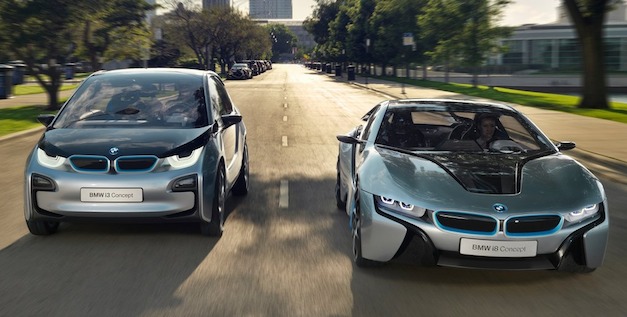