After the spy shots and the video, HAMANN has finally released the official details and images of the new HAMANN Volcano – a car based on the Mercedes-Benz SLR McLaren. Besides a performance boost, HAMANN has added a body kit that reduces-lift and will probably turn heads everywhere you go.

Using mainly carbon fiber material, HAMANN added a new front and rear wing along with new side skirts, an integrated hood scoop and a new front and rear spoiler. HAMANN also offers a special paint job for the Volcano in either aluminum/chrome or white/matte-black. The HAMANN Volcano rides on 21-inch EDITION RACE wheels.

Power comes from the same 5.4L V8 engine but with a new modified ECU and a high-performance exhaust manifolds, output is increased to 700-hp with a maximum torque of 612 lb-ft. 0 to 60 mph comes in 3.6 seconds with a top speed of 218-mph – that’s 9 mph faster than the factory produced SLR 722.

The serial Mercedes-Benz SLR is already one of the most impressive cars on our roads ““ but compared to the HAMANN VOLCANO it still looks rather harmless. Once again, HAMANN-Motorsport proves its cutting edge when it comes to refining superb sports cars. From a lift-reducing body design to a powerful performance enhancement to a lavishly styled interior, HAMANN focuses on all components of this luxury car and makes the automobile dreams of its exclusive clientele come true.

The total makeover of the Laupheim-based refiner is made of extremely light full carbon and consists of front- and rear wing extensions and also new side skirt attachments and sheathings. The front view of the Volcano is optically perfected with a newly designed bonnet which enhances the overall impression by its integrated hood scoop. But also for the rear, the refining technicians implemented new ideas giving the SLR appearance its finishing touch. Under the boot lid cover, HAMANN placed a strong diffuser which improves the car´s output in combination with the large rear wing. At the front axle, a newly developed front spoiler renders the necessary contact pressure. If desired, an especially developed overall paint for the VOLCANO in either aluminium/chrome or white/matt completes the striking appearance of this bolide.

The 21-inch rims named EDITION RACE with tyres measuring 255/30ZR21 at the front and 345/25ZR21 at the back render an optimal road grip. The design of the extraordinary light forged wheel thereby combines vitality and elegance and also perfectly fills out the wheel houses.

The HAMANN makeover is not only sportive, but also has a lot to offer under the bonnet. The HAMANN motor technicians get the most out of the Mercedes Benz V8-aggregate (5.4 litres, 626 hp, 780 Nm): 700 hp / 515 kW and a maximum torque of 830 Nm at 3,300 crankshaft revolutions per minute. The therefore necessary modifications include a newly programmed control unit, especially developed high performance exhaust manifolds and an amended belt pulley combination for the serial compressors. In order to facilitate the increased motor performance, HAMANN adds a second water pump and adjusts the gearbox electronics. Invigorated in this way and with the adequate sound from the six end pipes of the sport exhaust system, the VULCANO accelerates from naught to a hundred in only 3.6 seconds. With a maximum speed of 348 km/h, the HAMANN VOLCANO is 14 km/h faster than the serial model.

A skillfully refined interior is waiting for the VOLCANO-pilot and also the exterior does not rank behind. The overall makeover contains pedals and foot rests in aluminium as well as noble door sill protectors and headrests with embossed embroidered HAMANN-Logos. They can also be found on the exclusive floor mats. The overall makeover can be enhanced with a HAMANN interior set containing custom-made carbon parts for the dashboard and centre console. If desired, also the roof interior, all pillars, the cockpit including the steering wheel and the sun visors can hereby be adjusted in terms of colour. Therefore, HAMANN solely uses the high-quality material Alcantara. 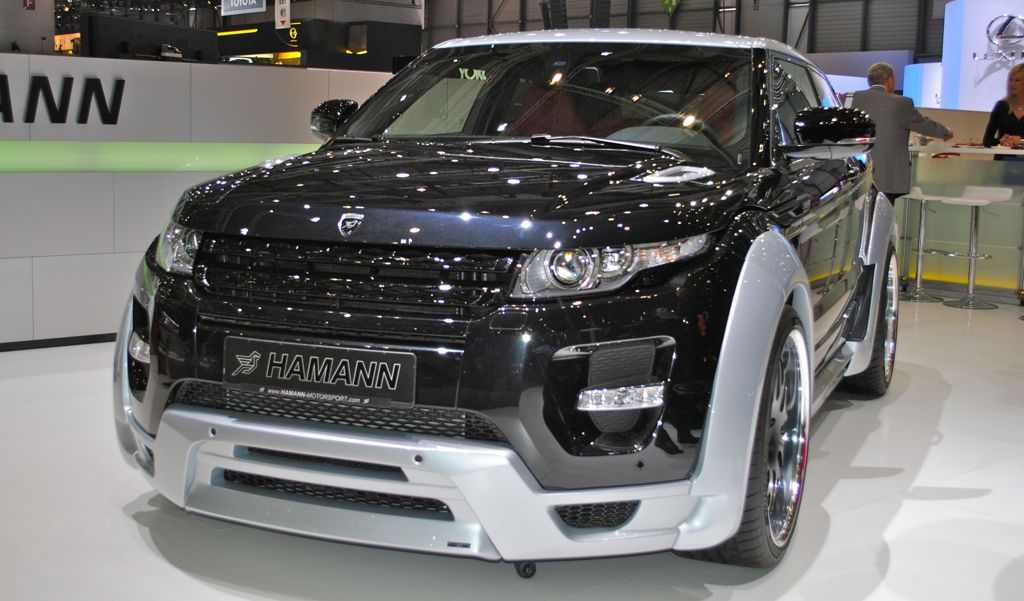