Joining the new Mazda Kiyora Concept, Mazda6 equipped with a new MZR-CD 2.2L turbo diesel and a Mazda2 equipped with MZ-CD 1.6L diesel at the 2008 Paris Motor Show will be the facelift to the Mazda MX-5 roadster.

Before Mazda designers go ahead and give the MX-5 a total radical makeover in 2012, Mazda will keep the roadster fresh with a minor facelift that gives it an aggressive feel to its front fascia. As you can see from the one image released by Mazda, the 2009 Mazda MX-5 will get a new grille, new headlamps and new fog lamps.

Unfortunately, Mazda has canceled plans to build a MazdaSpeed version of the MX-5.

Joining the Mazda Kiyora concept car on Mazda”s stand at the Paris show, the Mazda MX-5 facelift will make its world debut together with the Mazda6 equipped with Mazda”s newly developed MZR-CD 2.2-litre turbo diesel engine, and the Mazda2 powered by a MZ-CD 1.6-liter diesel.

Officially titled the Mondial de l”Automobile, the Paris motor show press days are October 2 and 3, and the public days are October 4 to 19. Mazda will hold its press conference on Thursday, October 2, at 12:15 p.m. (local time). 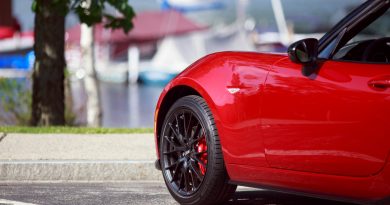 Long-Term Review: Starting a life with a new 2016 Mazda Miata

June 19, 2017 Sawyer Sutton Comments Off on Long-Term Review: Starting a life with a new 2016 Mazda Miata