As you can see from the images the 2010 Cadillac SRX stays true to the styling and size of the Cadillac Provoq Concept that made its debut at the 2008 Detroit Auto Show earlier this year.

Cadillac has yet to release any powertrain and other technical details – but what we do know is that the 2010 SRX will go on sale worldwide in mid-2009. We expect more details during the auto show season later this fall.

PEBBLE BEACH, Calif. ““ Today Cadillac provided a special sneak preview of the next-generation SRX Crossover, a 2010 model that will launch worldwide in mid-2009.The all-new SRX is intended to bring a more dynamic alternative to the heart of the luxury crossover segment, featuring a fresh iteration of Cadillac”s signature design language.

“The next-generation SRX is the result of the continued exploration and refining of Cadillac design language, with the goal of creating dramatic presence in the luxury crossover space,” says Clay Dean, Cadillac design director.

The all-new SRX debuts at major global auto shows later this year, at which time complete details will be released. The 2010 model will replace the current SRX Crossover, which launched in 2004 as a key component of Cadillac”s ongoing product renaissance and global expansion. This next-generation crossover is similar in styling and proportion to Cadillac”s Provoq Concept that appeared in many auto shows during 2008.

The all-new production model is being developed to achieve excellent driving dynamics and wet-weather traction, with an elegantly modern cabin designed to accommodate five passengers and ample cargo.

“The next-generation SRX, along with the new CTS Sport Wagon, showcases Cadillac taking its dramatic design into new directions, particularly cars and crossovers that are the right size at the right time for today”s luxury consumers,” said Jim Taylor, Cadillac general manager. 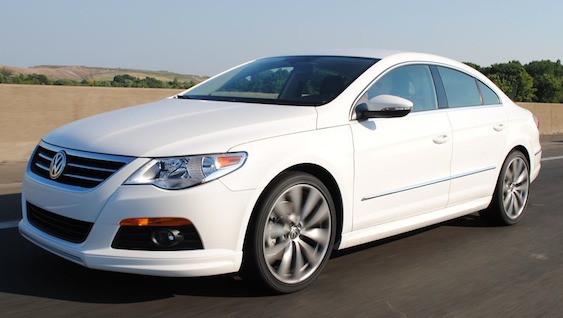 August 24, 2010 Omar Rana Comments Off on Review: 2010 Volkswagen CC is a wise choice for four-door-coupe fans

Suzuki offering $100 to those who consider 2010 Kizashi over Audi A4, Acura TSX