Don’t worry – it’s optional. Nissan announced today its ECO Pedal technology – a feature that it says helps drivers become more fuel-efficient. If the driver wishes to switch the ECO Pedal system on, a counter force pushes back when it detects some pedal to the metal from the driver.

Nissan says that the system tells the driver they could be using more fuel than required. An indicator on the instrument panel also displays real-time information that helps the driver see how their driver behavior could be affecting their fuel-consumption.

The Nissan ECO Pedal feature will be available starting 2009 and Nissan says it can improve fuel-efficiency by 5-10 percent.

TOKYO (August 4, 2008) — Nissan Motor Co., Ltd., today unveiled the ECO Pedal ““ a world first technology ““ designed to assist drivers to become more fuel-efficient. When the eco-pedal system is on, each time the driver steps on the accelarator, a counter push-back control mechanism is activated if the system detects excess pressure, helping to inform the driver that they could be using more fuel than required. An eco-driving indicator integrated into the instrument panel feeds the driver with real-time fuel consumption levels to help improve his/her driving behavior. The ECO Pedal system can be turned on or off according to the driver”s preference.

Nissan plans to commercialize the ECO Pedal during 2009. Research conducted by Nissan has shown that by using the ECO Pedal drive system, drivers can improve fuel efficiency by 5-10%*1, depending on driving conditions.

The ECO Pedal system is fed data on the rate of fuel consumption and transmission efficiency during acceleration and cruising, and then calculates the optimum acceleration rate. When the driver exerts excess pressure on the accelerator, the system counteracts with the pedal push-back control mechanism.

At the same time, the eco-driving indicator incorporated on the instrument panel indicates the optimal level for fuel-efficient driving. Driving within the optimal fuel consumption range, the indicator is green. It begins to flash when it detects increased acceleration before reaching the fuel consumption threshold and finally turns amber to advise the driver of their driving behavior.

In order to achieve reduction in CO2 emissions, Nissan takes a “triple-layer” solution that encompasses vehicle technologies, driving behavior and traffic conditions. The ECO Pedal supports the second-layer addressing driving behavior and is among a range of eco-friendly technologies being pursued under the Nissan Green Program 2010. The company”s environmental roadmap aims at developing new technologies, products and services that can lead to real-world reductions in vehicle CO2 emissions, cleaner emissions, and recycling of resources.

Hyundai working on dedicated hybrid model for 2012, plug-in version for 2013

Hyundai plug-in hybrids coming to the U.S. in 2012 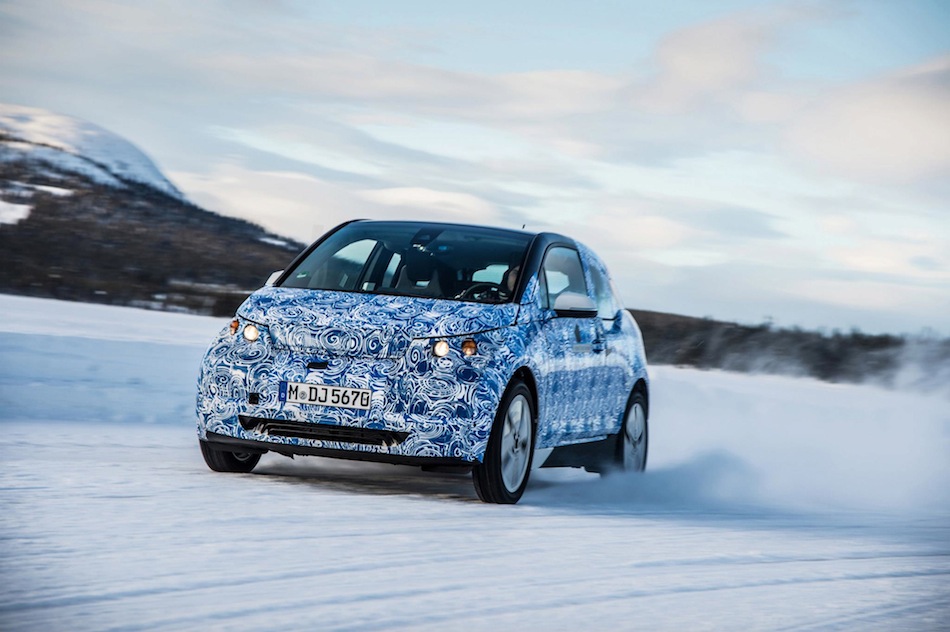 February 27, 2013 Omar Rana Comments Off on BMW releases photos of its i3 city car undergoing winter testing via Facebook