The Ferrari California is powered by a 4.3L V8 engine producing 460-hp that is mated to a 7-speed dual clutch transmission. Schumacher has taken the California from 0-62mph in under 4 seconds.

Check out a short video of Schumacher’s take on the Ferrari California after the jump.

Click through for the press release and the video .

Maranello 23rd July 2008 – Michael Schumacher is currently completing the track and road development stages of the Ferrari California, the new 8-cylinder model due to be officially unveiled at the Paris International Motor Show on October 2nd this year.

The seven times Formula 1 world champion has been involved in the development of the latest Prancing Horse road car since its inception and has worked with Ferrari’s team of engineers, technicians and test-drivers on honing the car in general, but more specifically on optimising its performance parameters.

“I have to say that, as with the 430 Scuderia, participating in the project since the very beginning has been really fascinating and great fun,” commented Schumacher at the end of a test session at the Fiorano circuit. “Although the cars are very different, they both offer absolutely unique driving pleasure because of the inherently sporty character of all of the cars that come out of Maranello. The 430 Scuderia is, of course, a more extreme model with a focus on absolutely cutting-edge performance. However, although the Ferrari California is very much a Grand Tourer in terms of its usability and high level of interior comfort, it is still surprisingly sporty and fun to drive under any kind of conditions.”

Schumacher also recently addressed the Ferrari dealer convention in Maranello and explained the differences between the two 8-cylinders: “They were designed to meet different requirements: the 430 Scuderia is aimed at drivers who want the very essence of a Ferrari and will get it out on the track as often as they can. The Ferrari California, on the other hand, is designed for everyday use and for weekends away whilst still guaranteeing all of the emotional impact that only an authentic Ferrari can deliver.”

Michael Schumacher’s contribution to the development of the Ferrari California has resulted in a car that delivers extraordinary performance: it can accelerate from 0 to 100 km/h in under 4 seconds, delivering superb driving pleasure whilst still being exceptionally comfortable and versatile.

Ferrari California to get manual option and HGTC handling package

August 27, 2008 Omar Rana Comments Off on Ferrari California to get manual option and HGTC handling package

Top 10 cars with the highest percentage of male buyers

April 9, 2012 Omar Rana Comments Off on Top 10 cars with the highest percentage of male buyers 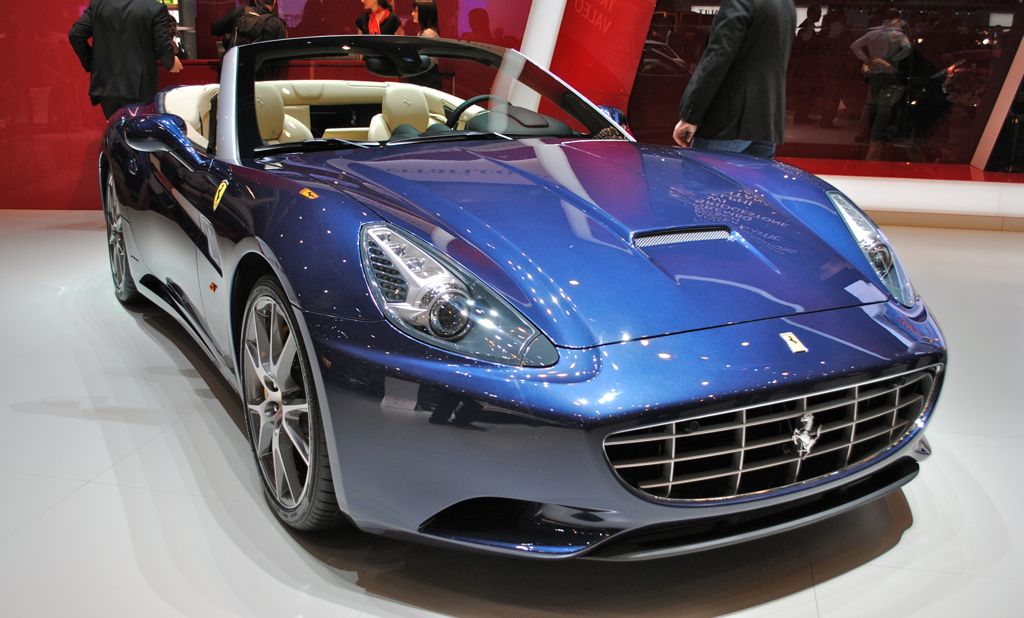