Mitsubishi announced today that it unveil the new Pajero Sport SUV at the Moscow Motor Show in August. The new Pajero Sport will be available in selected regions including Russia, Middle East, Southeast Asia, Latin America and Oceania starting later this year and will be sold under different names in each market.

Power will come from a choice of three engine including two diesel and one gasoline unit. An entry level 2.5L common rail direct injection diesel unit will be followed by a 3.2L diesel unit. Mitsubishi will also offer a 3.5L V6 gasoline unit. The new Pajero Sport SUV will use Mitsubishi’s Super Select 4WD system.

Mitsubishi says the 2008 Pajero Sport will not be sold in Central & Western Europe or North America. It will focus on the Outlander and Endeavor for such markets.

Tokyo July 17 2008  “” Mitsubishi Motors Corporation will unveil its new Pajero Sport*1 SUV model at the Moscow Auto Salon 2008 (The Moscow Motor Show) to be held at the Crocus Expo in Moscow between August 26 and September 7 (opens to the public on August 29). The new Pajero Sport will be phased in selected regions*2 such as Russia, the ASEAN area, the Middle East, Latin America and Oceania starting in the fall this year.

– The model will carry a different name in different markets: Montero Sport in South America, Nativa in Latin America and Challenger in Australia.
– The new Pajero Sport will neither be sold in Central & Western Europe nor in North America, where other types of SUVs are favored.

The new Pajero Sport features dynamic and sporty exterior lines, complemented by a stylish and vast interior space that engenders a sense of comfort, purpose and safety. This cabin, available in either a 2-row (5-passenger) or 3-row (7-passenger) seating configuration is also very practical with water-repellent seats and a waterproof luggage compartment floor, ideal for leisure use.

Mitsubishi’s latest SUV will be powered by a choice of three engines which all deliver outstanding motive performance and fuel economy: 2.5-liter and 3.2-liter common rail direct injection diesel units and a 3.5-liter V6 gasoline unit*3.

In terms of architecture, the body of the Pajero Sport is mounted on a new ladder frame to realize high levels of durability and reliability, consistent with the needs of its target markets.

Mitsubishi’s All Wheel Control philosophy, forged through its participation in the Dakar Rally and other contests, informs all of the company’s 4WD systems. The new model will use the Super Select 4WD system, also used in the Pajero*4 SUV, which transmits drive torque effectively to all four wheels on all types of surface. The body, frame and driveline not only give Pajero Sport outstanding off-road performance but allow it to deliver excellent drive dynamics over all surfaces.

The choice of the Moscow Motor Show to unveil the new Pajero Sport is a clear indication of Russia’s eminent position within Mitsubishi Motors. In fiscal 2007 Mitsubishi Motors sold some 100,000 vehicles on the Russian market, boosted by the ever successful Lancer line-up and a popular range of SUVs.

MMC is confident that the new Pajero Sport SUV will make a strong addition to its SUV range, which also includes the Pajero and Outlander. Coming on the heels of the introduction of the Lancer*5 sports sedan last year, this will allow MMC to expand SUV sales and hit a total sales volume of 140,000 units on the Russian market in fiscal 2008.

Volkswagen planning to bring Phaeton back to the U.S., new SUV and entry-level Polo being considered as well

August 18, 2009 Omar Rana Comments Off on Volkswagen planning to bring Phaeton back to the U.S., new SUV and entry-level Polo being considered as well 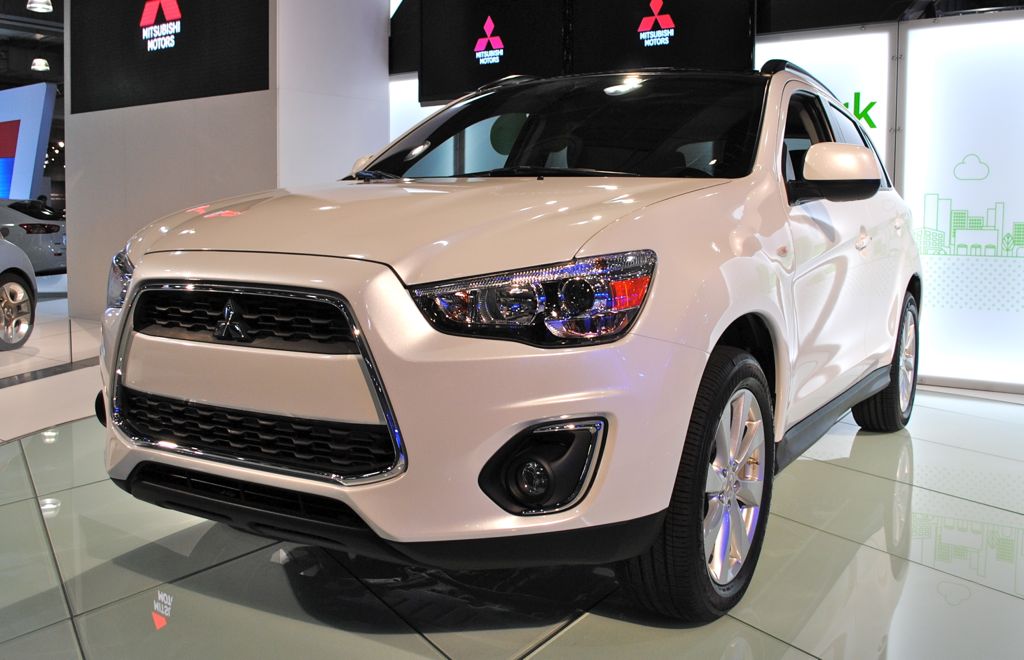