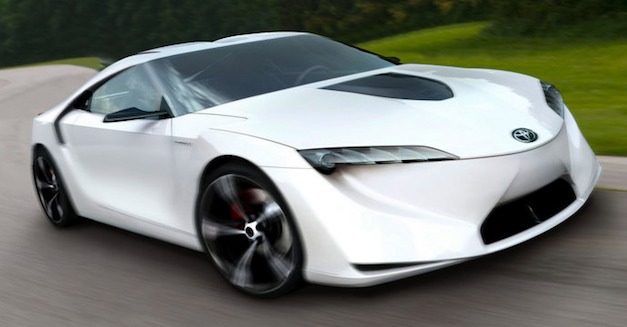 When Toyota unveiled the FT-HS (which stands for Future Toyota Hybrid Sports) at the 2007 North American International Auto Show, they never told us about the future of the car. We were left thinking whether this is just another concept car that will never see the light of production or is this the next Celica or the next Supra.

Today Toyota showed the FT-HS to the mates in Australia, giving them their peak at the 3.5 liter V6 hybrid and Australia’s corporate manager of product planning Peter Evans gave a little insight at what the FT-HS could be.

“To really appreciate FT-HS, think of it as a ‘Prius on steroids,'” said Evan. “Alternatively, it could be a vision for a Toyota Supra of the future.”

Could be? Come on Toyota, something more firm than that! Make the move already!

The FT-HS – which stands for Future Toyota Hybrid Sports – is a futuristic sports-car concept with a sleek, aerodynamic profile and a potent petrol-electric hybrid engine.

Its front-engine, rear-drive layout provides revolutionary hybrid acceleration and optimal performance with a projected 0-100km/h dash in the four-second range.

It also features the fuel-saving benefits and ultra-low emissions of Toyota’s hybrid technology.

“To really appreciate FT-HS, think of it as a ‘Prius on steroids’.

“Alternatively, it could be a vision for a Toyota Supra of the future,” Mr Evans said.

“FT-HS shows what Toyota can achieve by combining its 50 years in motorsport with more than a decade of hybrid experience and development.

“The ability to enjoy the ultimate driving pleasure with a clear conscience makes FT-HS the ideal sports car for the 21st century.

“It will appeal to an emerging group of buyers who are environmentally aware and regard technology as a necessity, not a luxury.”

Toyota is the global leader in hybrid technology, having sold more than one million units of the world’s first mass-produced hybrid, Prius.

The new concept car mates an electric motor to a 3.5-litre V6 petrol engine, which is similar to that used in several production models.

Its combined power output target is about 300kW – or almost 50 per cent more than the V6 petrol-only engine in the Aurion family car, Kluger mid-size SUV, Tarago people mover and RAV4 compact SUV.

The centre set out to develop a mid-priced sports car that integrates ecology and emotion in a concept that addresses the question: “What is a suitable sports car for the 21st century?”

Australians can view the FT-HS concept on Toyota’s stand at the Melbourne International Motor Show (29 February to 10 March).