BMW will be adding three new 4x4s to its lineup within the next three years. Of course the first addition will be the much anticipated X6 crossover. That will be followed by the already confirmed BMW X1 and the long rumored Mini’s 4×4 Colorado.

Speaking at BMW’s annual press dinner last night, UK managing director Jim O’Donnell confirmed that all 4x4s will hit the markets by 2010. As you already know the X6 will be in dealerships next year. O’Donnell says that the Mini SUV will be ready sometime in 2009. He said that the BMW X1 was still in development phase and may be ready by 2010.

O’Donnell also confirmed that BMW will be building the Concept CS as a GT car within the next five years. The production version of the Concept CS will become a new flagship for the BMW brand. The car is expected to fit above the 7-Series in BMW’s lineup powered by V8 and V12 engines. Pricing is expected to come in around £80,000.

Besides the BMW will also be adding a PAV, Progressive Activity Sedan, that will arrive in 2012. The car is expected to fit under the 7 and 6-Series and is expected to be built on the 5-Series platform. 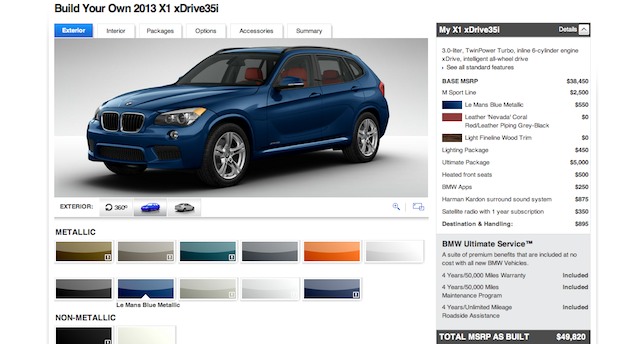