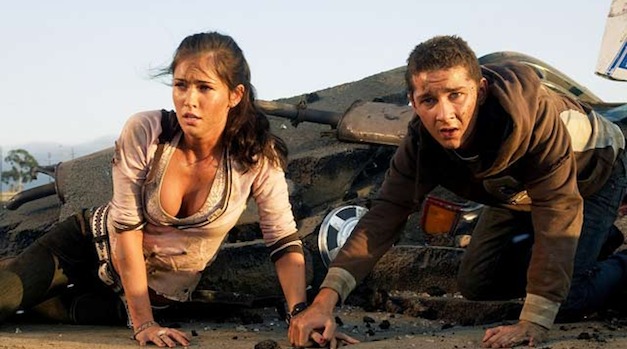 Finally we can stop spending $9.50 to go see Transformers in the theaters. The movie we’ve seen in the theaters over 5 times this summer is finally coming to DVD and HD-DVD on October 16th, 2007. Director Michael Bay’s movie earned over $650 million at the global box office to date.

The Transformers Special Edition two-disc sets comes with loads of bonus material including commentary by Michael Bay and two multi-part in-depth documentaries exploring the human elements of the film as well as the phenomenal robot stars. The two discs, which are labeled “Our World” and “Their War,” includes segments with Steven Spielberg discussing his love for the franchise and the early concept for the movie.

Oh, and of course, it includes more of Megan Fox. Click through to see what the 2-Disc set will include.

– The Story Sparks – Steven Spielberg discusses his love for the franchise and early concept art for the film. Explores how the writers adapted the cartoon into a live-action movie and why Michael Bay is the perfect director for the film.
– Human Allies – A look at how the actors were selected and their experiences on the set.
– I Fight Giant Robots – An exploration of the military training that
Josh Duhamel and Tyrese Gibson underwent for their roles and the various stunts that the actors were asked to perform.
– Battleground – A piece on the senior officials from the Department of Defense and Air Force who consulted on the film to give it authenticity and the key locations that the U.S. government provided access to.
– Rise of the Robots – Explores the interaction between Hasbro designers and Michael Bay to bring the toy line roaring to life.
– AUTOBOTS Roll Out – Michael Bay discusses working with Chevy and its designers and the modifications that were made to the cars seen in the film.
– DECEPTICONS Strike – The film’s military advisors discuss the “toys” they allowed the production to borrow: F-22 Raptors, Ospreys and A-10 Warthogs.
– Inside the AllSpark – ILM’s digital artists discuss the challenges of bringing the TRANSFORMERS to life.
– From Script to Sand: The SKORPONOK Desert Attack – An in-depth look at the making of this particularly epic and challenging scene from initial storyboarding through production and visual effects.
– Concepts – Early sketch concepts of the robots.
– Trailers.