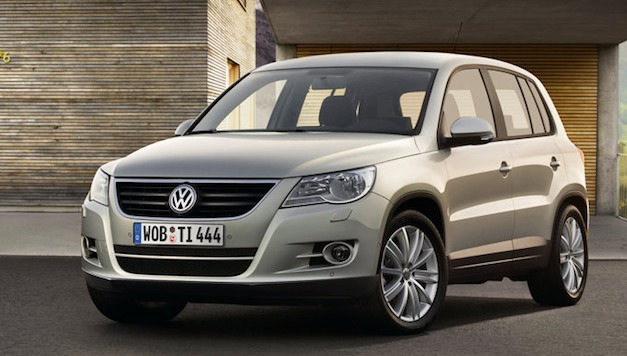 There are just eight months left before Volkswagen launches the new compact Tiguan SUV, but you can experience the SUV virtually at Volkswagen’s new Tiguan website that features real driving scenes and allows the visitor to move around it interactively. Check out the site at www.volkswagen.de/tiguan.

EIGHT MONTHS BEFORE ITS LAUNCH, THE VOLKSWAGEN TIGUAN CAN ALREADY BE EXPERIENCED VIRTUALLY

At www.volkswagen.de/tiguan, potential customers can follow the development of the Tiguan in five layers from show car to production vehicle at the so-called Tiguan Base ““ a virtual building. Users can get to know the Tiguan world and move around it interactively. As the launch of the Touareg”s little brother approaches, more and more information about the real production vehicle will be revealed and the website content will become increasingly spectacular.

One special highlight will come in June, three months before the official world premiere of the Tiguan at the Frankfurt Motor Show, when the production model is revealed exclusively to Tiguan Base users. Then you will be able to go on a virtual test drive with your own configuration of the sports utility vehicle (SUV).

Layer one has already been added: In a 3D animation, you get a 360-degree view of the show car from the L.A. Motor Show and can take a close look at the vehicle details. One special feature in this phase is the interactive e-card: The show car can be placed against your own background allowing, for example, you to add it to a picture of your house.

An information service will keep you updated via e-mail and inform you about the most important content. Also, when you are out, you won”t lose touch with the Tiguan. You can download information on the car using your mobile phone via a WAP portal.

This extensive Tiguan website can be used in almost 50 countries in the local language. You can reach the Tiguan Base via your country”s Volkswagen website. Users in each participating country will be entered in a draw to win an exclusive trip to the world premiere of the Tiguan at the Frankfurt Motor Show. 65,000 people have already registered on the Tiguan Base.

From the very start, Volkswagen wanted to get potential customers involved with the Tiguan. Readers of AutoBild magazine were asked to think up a name and came up with the invented name that is formed from tiger and iguana. Over 350,000 readers from all over Europe took part in this campaign alone.