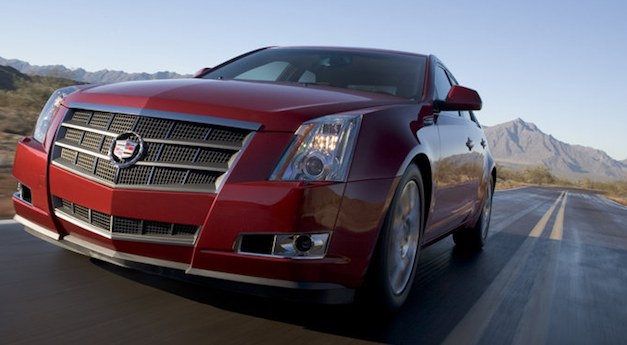 Trying hard to get more European market share, GM today unveiled the new 2.9 liter V6 turbo-diesel engine at the Geneva Motor Show. The engine produces 250 horsepower and will be first released with the 2008 Cadillac CTS. “We expect the V-6 diesel to be highly competitive in the European luxury segment,” said Jim Taylor, Cadillac General Manager. “With its excellent low-end torque and its high power output, it is a great fit with Cadillac’s performance-oriented brand character.”

The new engine (184 kW/250 hp) will be mainly sold in Europe and makes its debut at the Geneva Motor Show (March 8-18). Its first production application is scheduled for 2009 in the new Cadillac CTS.

“We expect the V-6 diesel to be highly competitive in the European luxury segment,” said Jim Taylor, Cadillac General Manager. “With its excellent low-end torque and its high power output, it is a great fit with Cadillac’s performance-oriented brand character.”

The compact dual overhead cam, four-valve V-6 engine belongs to a new GM family of diesel engines, featuring an innovative closed-loop combustion control system designed to meet future emissions standards. The engine can be installed in a longitudinal or transverse layout and can be adapted to a wide range of two- or four-wheel drive vehicles.

GM’s development of the new engine is being coordinated under the leadership of GM Powertrain’s European operations in Turin, Italy, in cooperation with VM Motori based in Cento, Italy. GM Powertrain will focus on the development of the clean combustion process, electronic engine control and exhaust-gas after treatment, as well as calibration and integration into GM vehicles. VM Motori will build the new unit at its plant in Cento, Italy, and is responsible for the mechanical aspects of the engine’s design, development and bench testing.

The V-6 engine management system enables optimal fuel economy as well as reduced emissions and noise by using a recently developed combustion control technology. Key enablers for the system are high speed piezo-resistive cylinder pressure sensors that are integrated within the engine glow-plugs. These specialized sensors acquire real-time data from the combustion process, enabling instantaneous fine-tuning of the fuel injection process. In the future, this clean combustion control technology will be introduced in other GM Powertrain diesel engines.

The high-pressure, common-rail system provides up to 2000 bar (29,000 psi) injection pressure. The injectors are quick-firing piezo-electrically actuated, allowing up to eight injections per engine cycle. The after-treatment system includes an oxidation catalyst and a particulate filter that are close coupled to the engine to achieve future emissions standards.