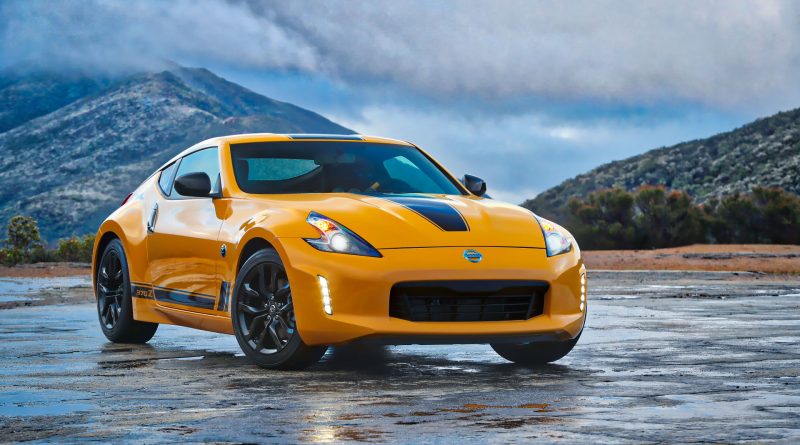 Yes, they’re still making the 370Z. Yes, it seems old….because it is, at 10 years old. Does a “Heritage Edition” help to mask that?

With the 50th Anniversary of Nissan’s perennial Z-Car looming in 2019, Nissan released details on the 2018 370Z Heritage Edition ahead of the New York International Auto Show.

The Heritage Edition Z separates itself from a base-spec Z with the inclusion of two all-new colors, “Chicane Yellow” and “Magnetic Black”, with black and silver exterior graphics applied respectively, and yellow interior trim.

If you squint hard enough, you’ll find the Heritage Z also carries forward updates applied to all Z models for 2018. This includes a factory installed Exedy clutch, and a mild facelift on the headlights, taillights, rear fascia, and door handles.

The 370Z still sends power to the rear wheels from Nissan’s venerable VQ37 power plant. The naturally-aspirated 3.7L V6 still produces 332hp and 270 lb-ft of torque by way of either six speed manual transmission with or optional seven speed automatic.

Available for purchase in 2008, the 370Z was an incremental update to the widely popular 350Z, released in 2004. Fourteen years after the 350Z’s release, fans are left scratching their heads over what’s in store for Nissan’s next Z-car, if one is under development at all. In an age where manufacturers are focusing their efforts on producing “models that sell” (Read: crossovers), dropping the axe on models catered to the enthusiast with shallower pockets (RIP Nissan IDx), and rebranding sports cars as crossovers (I’m looking at you Mitsubishi), the future for enthusiasts cars is looking a little grim.