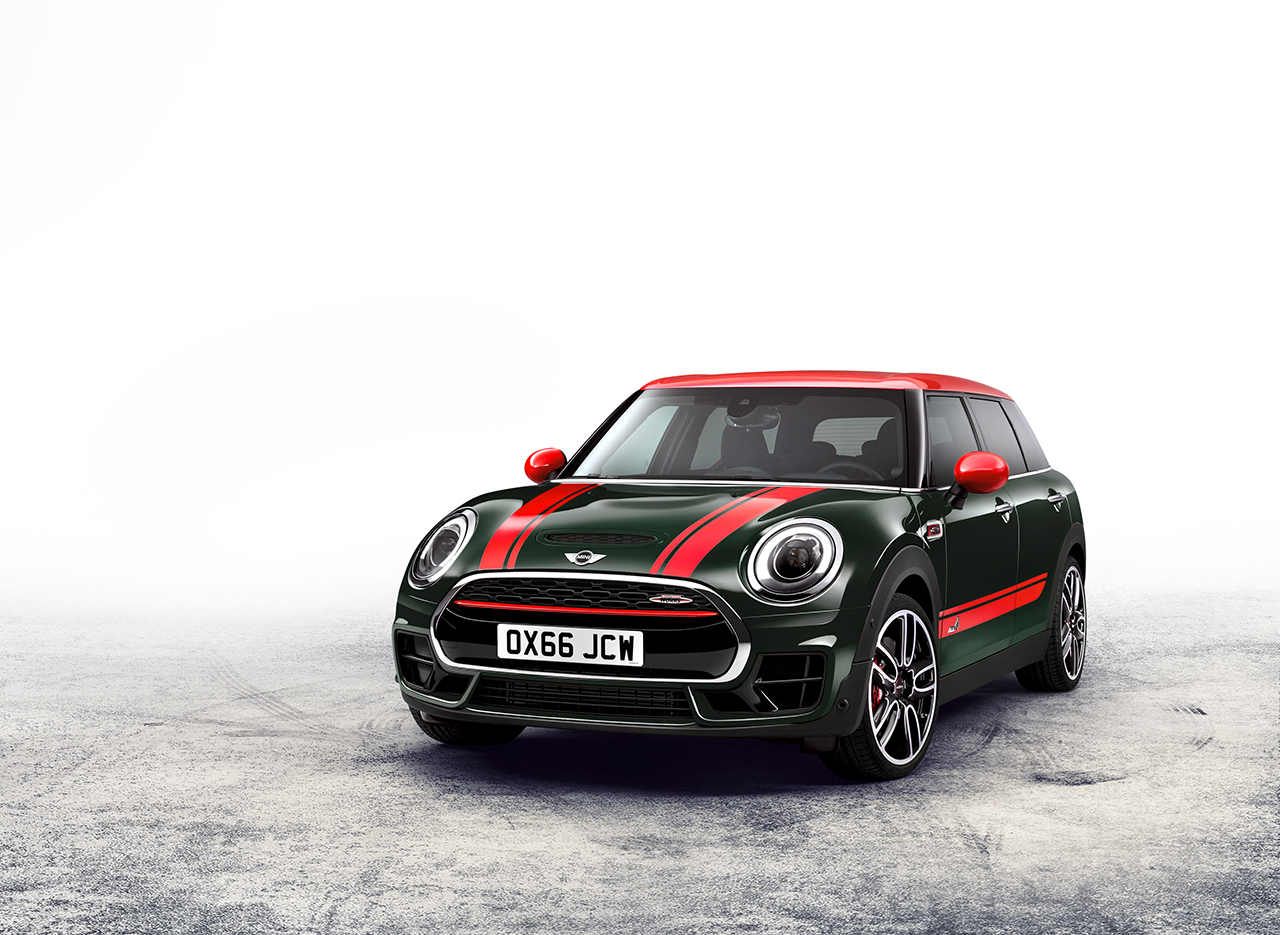 The first is the addition of MINI’s latest ALL4 all-wheel drive system, making it the first John Cooper Works model to sport all-paw traction. This of course means some more power can be squeezed out.

Horsepower remains at 228, utilizing the same 2.0L TwinPower Turbo four-banger as the regular JCW Cooper. But the torque gets a hefty bump from 236 pound-feet to 258 lb-ft, making it the torquiest MINI ever made.

The sprint to 60 miles per hour only takes six seconds now with the standard six-speed manual. Optionally available is a ZF-sourced eight-speed Steptronic automatic.

With a host of suspension upgrades, the new JCW Clubman gets a nice drop in stance by almost a half an inch. This lowers the center of gravity for improved body control and handling.

Helping to separate the JCW Clubman from the standard Clubman S besides the extra 39hp and lead in torque, is an aggressive lowering body kit. A sport-tuned exhaust is added to accentuate the new TwinPower four, and other enhancements remind you that you’re not in a standard Clubman S.