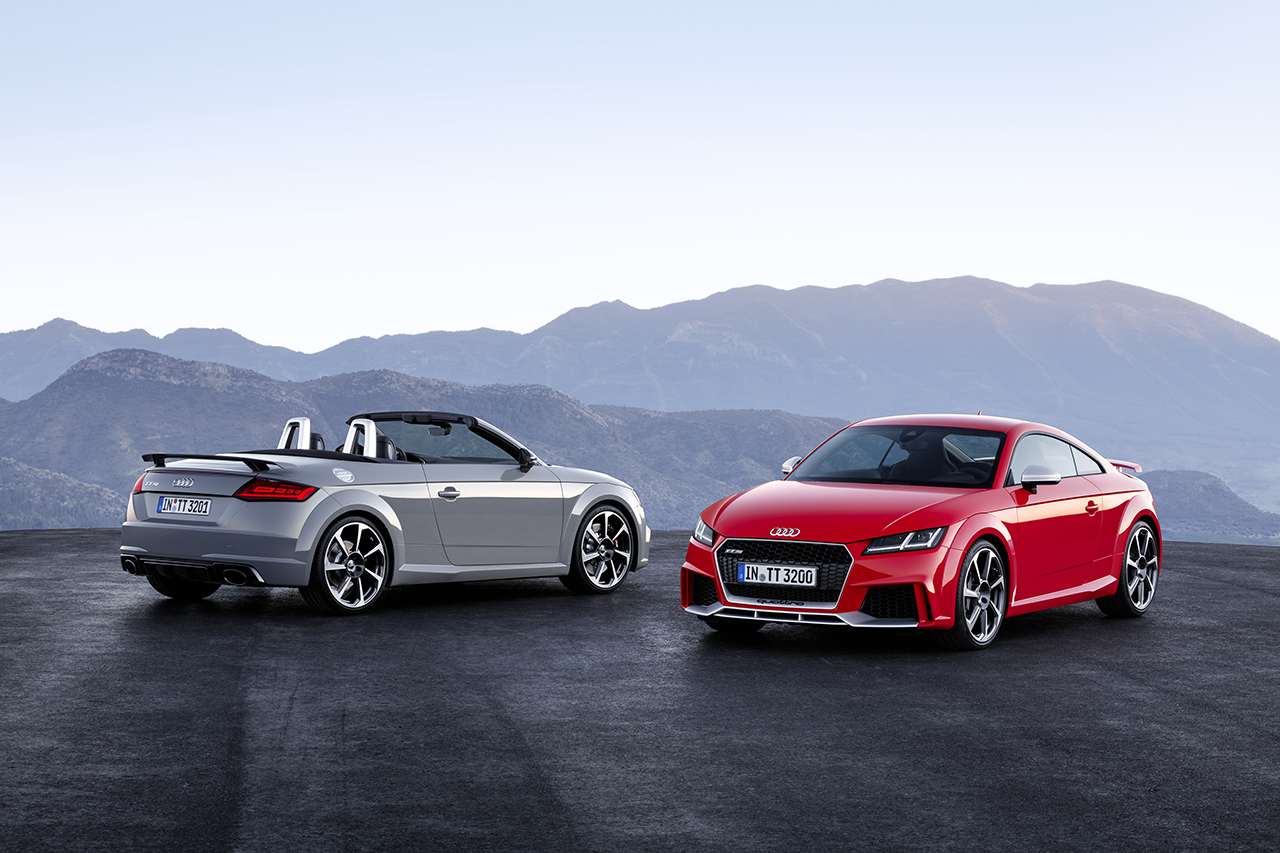 With the latest generation of Audi TT going into its third age, it was only a matter of time before Audi unveiled their new TT RS successor following last generation’s model. Actually, speak of the devil, because it’s here, and ready to be revealed for the world to see at this year’s 2016 Beijing Auto Show.

Like the last TT RS, this one starts life as, well, a TT. Then it gets the latest version of the same 2.5L turbocharged inline-five that powered the previous model. Now though, it’s bee massaged and coddled to make 400hp and 354 lb-ft of twist. That’s a helluva lot more than the previous TT RS’s 355hp and 342 lb-ft, even in top-spec Plus form.

Add to the fact that the coupe weighs 22lbs lighter as well, with the convertible being almost unchanged, and 62 MPH will occur in just 3.7 seconds for the fixed head and 3.9 seconds for the drop top. Both are limited to the gentleman’s agreement of 155 MPH and both can have their restrictions bumped to 174 MPH. 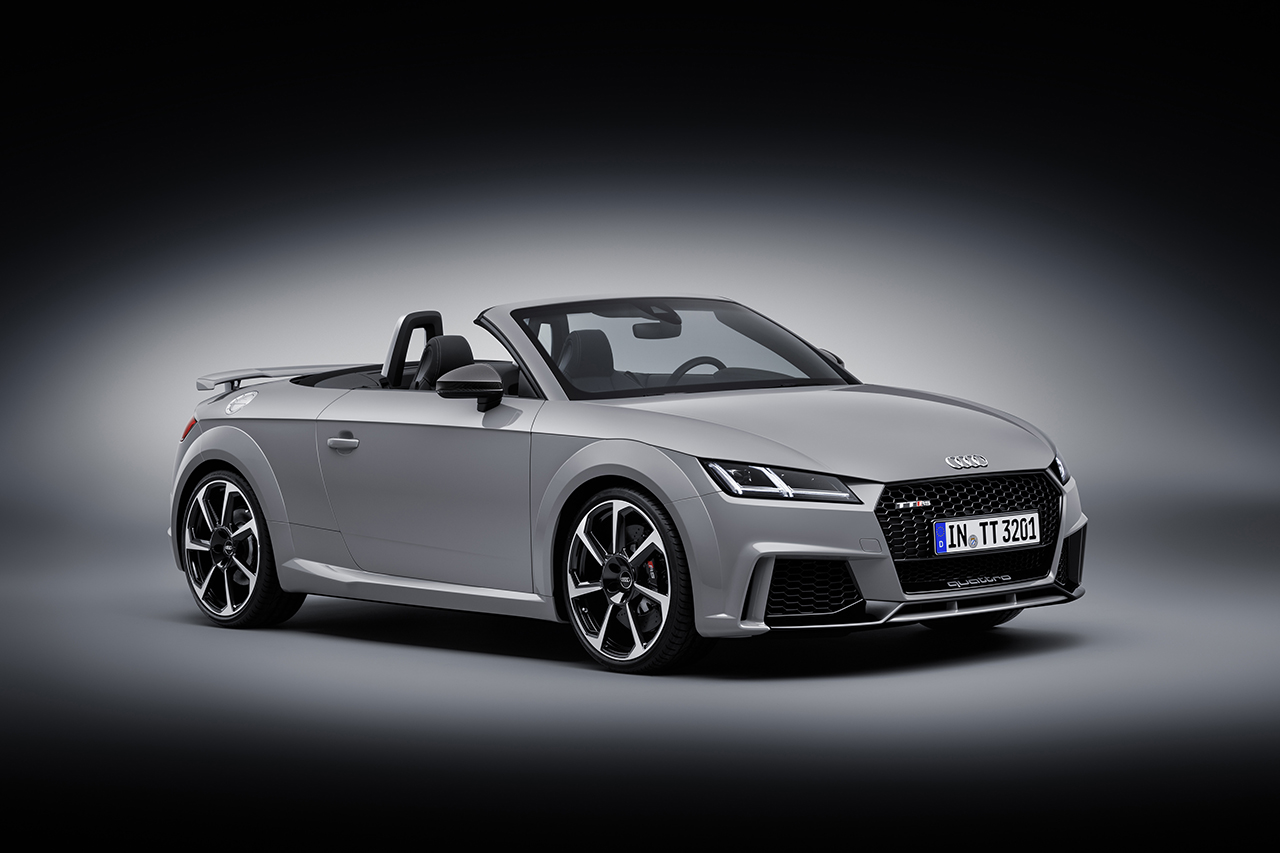 The final curb weight figures for the coupe are 3,174lbs and 3,373lbs. With the convertible, the roof can also be operated in 10 seconds at speeds of up to 31 MPH. 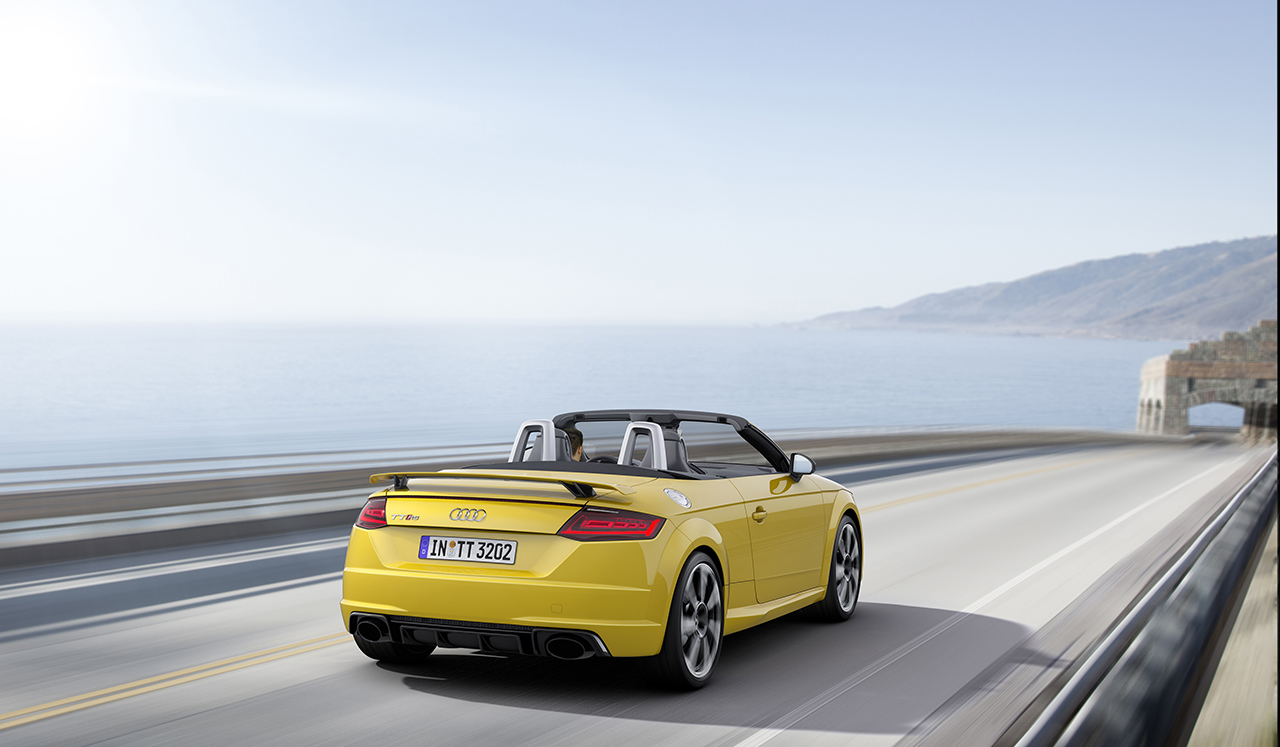 European customers will have to dolly up 66,400 euros for the hardtop and 69,200 euros for the soft top. US pricing will be announced later on and yes, Audi’s not holding back–we’re getting the TT RS. too. 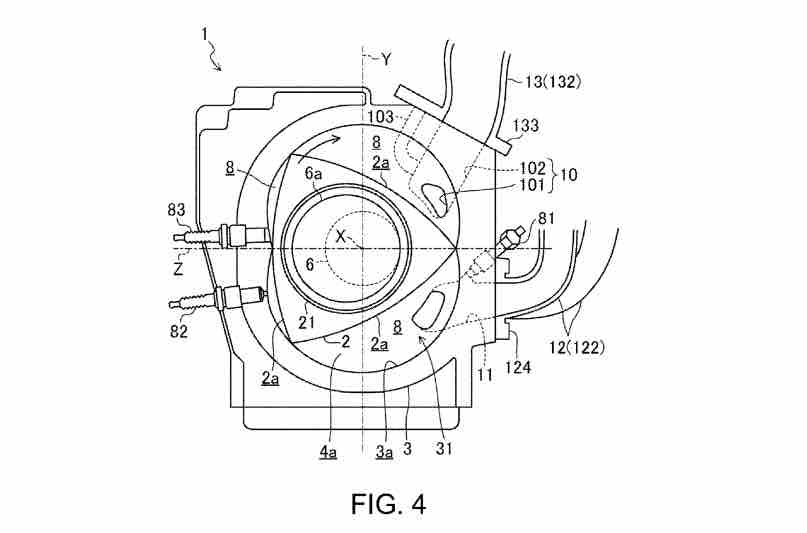 Next Nissan GT-R could get up to 530-hp, electric Nissan sports cars a possibility