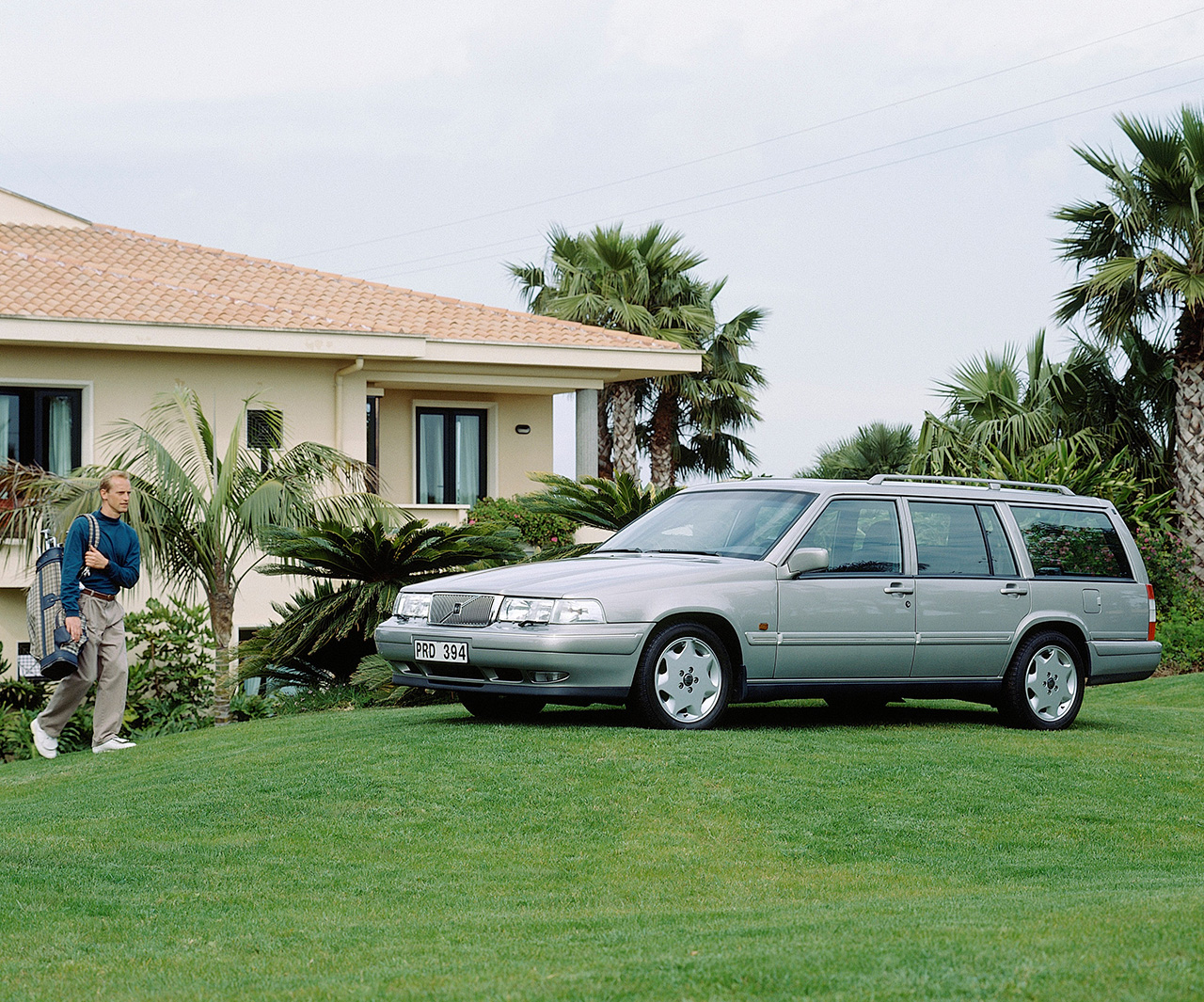 We all know a Volvo V90 luxury wagon based on the new S90 luxury sedan is on its way. Volvo knows this as well and as a result, they’ve decided to tease us officially since the V90 is about to be revealed on February 19th.

Volvo is once again continuing its tradition of building wagons dating as far back as 1953. Since then, the automaker has managed to sell more than six million wagons, about a third of the company’s total sales since being founded in 1927.

That’s pretty darn impressive, if you ask us. And that’s a lot of freakin’ wagons.

The new V90 is expected to sport the same power and drivetrain options as the handsome new S90, including the hybrid 2.0L turbocharged and supercharged four-banger with 410hp in the top-spec T8.

Yes, you read that correctly. Volvo’s next wagon in top-spec will have 410hp. A 410hp Volvo wagon.

Hey, Volvo Cars North America, can you make sure we get this?

The V90 is scheduled to bow at the Geneva Motor Show in early March.

Few car companies can claim the same pedigree as Volvo Cars when it comes to the design and manufacture of family estates. That is why the news that Volvo will reveal its new V90 estate on February 18 in Stockholm is so widely-anticipated and significant.

The V90 is a car that benefits from over 60 years of estate building heritage that started with the Volvo Duett which was launched in 1953 – the first car to meet the combined needs of drivers’ active leisure time and practical professional lives.

Since that day, Volvo has sold more than 6 million estates worldwide, representing around a third of the total number of Volvos sold since the company’s foundation in 1927, giving it a well-deserved reputation for designing and building the ultimate family estates.

“We have provenance in the estate segment,” said Håkan Samuelsson, chief executive at Volvo Cars. “In many people’s minds we are known as the definitive estate brand. While the Volvo brand stands for much more than just estates, we will proudly carry forward this rich heritage with the V90.

The launch of the new Volvo V90 on February 18 is the latest chapter in this proud history.

Based on the same Scalable Product Architecture (SPA) as its XC90 and S90 siblings, the V90 is the estate version of the widely acclaimed S90 sedan which was launched at the North American International Auto Show in January.

February 3, 2016 Chris Chin Comments Off on Report: The Cadillac ELR is being axed for good after it ends production