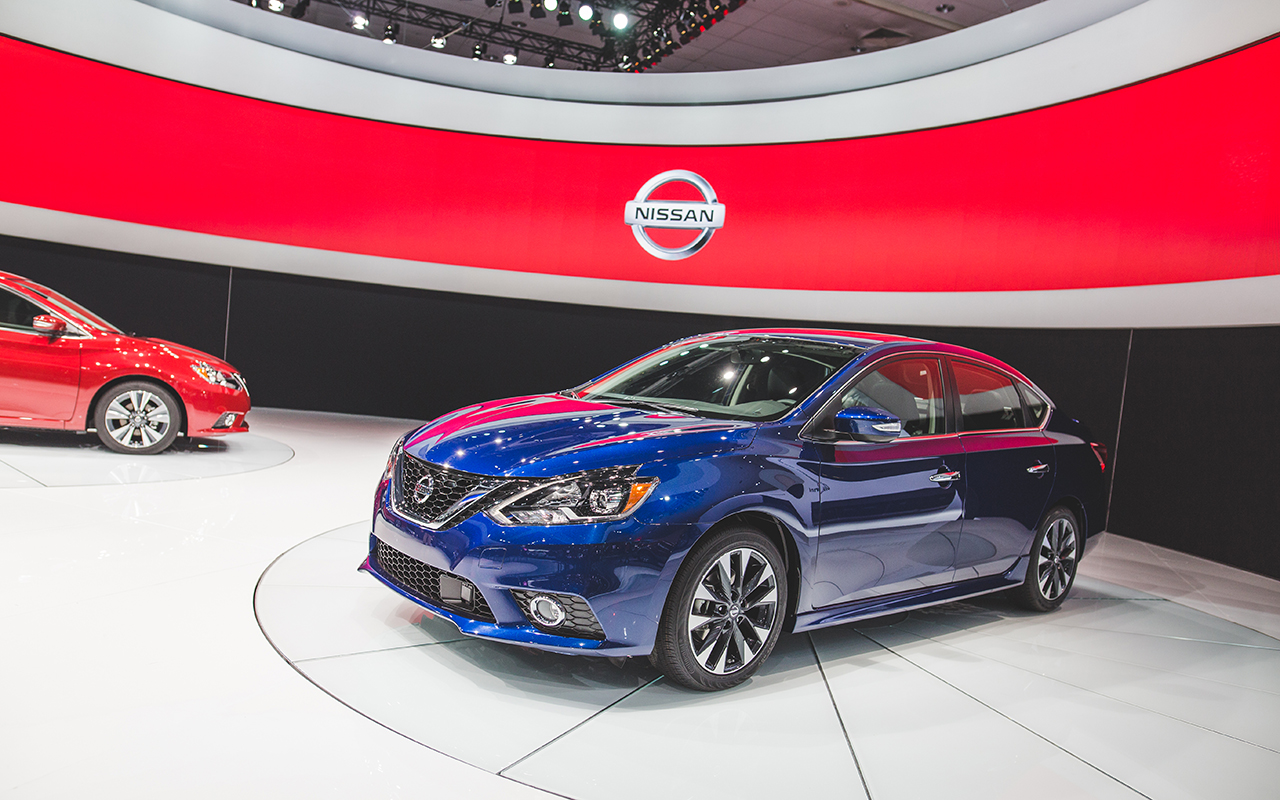 Nissan’s currently in the process of overhauling their lineup, specifically with its sedans, which started with the all-new 2016 Nissan Maxima and recently, with the updated 2016 Nissan Altima. Now, the next sibling in Nissan’s sedan line also got updated, but instead of being replaced outright like the Maxima, it instead received a heavy facelift like the Altima. Meet the 2016 Nissan Sentra sedan.

As mentioned before, similarly to the Altima, the 2016 Nissan Sentra gets a Maxima-like face since Nissan is in the process of unifying their models aesthetically with the same corporate schnoz. And that’s quite obvious with the new Sentra and Altima.

In addition to the revisions to the outside, the updated 2016 Nissan Sentra also gets some tweaks to the interior, as well as the packaging and options lists in typical and usual effort to keep things fresh.

Like the original version of the Sentra, but 2016 model year continues to be offered with a long list of technology as optional, such as NissanConnect infotainment apps by way of SiriusXM, Intelligent Cruise Control, Forward Emergency Braking, Blind Sport Warning, and Rear Cross Traffic Alert.

Nissan didn’t share full details regarding the 2016 Sentra’s pricing or any changes under the skin, but they did say prices start at $16,780. Also, chances are the sole engine option remains unchanged, a naturally-aspirated 1.8L four-banger mated to a choice of a six-speed manual for the base model only, while any upgrade standardizes Nissan’s signature Xtronic CVT automatic.

Sentra has been on a record pace in 2015, with sales up 9.7 percent through October. Sentra is Nissan’s third best-selling vehicle, behind Altima and Rogue. Sentra market share has also nearly doubled in the last three years. More than 93 percent of Sentras sold in the past 10 years are still on the road today.**

“The new Sentra launches from a position of real strength in the marketplace, especially with a starting price of $16,780,” added Diaz. “And for less than $20,000, customers can purchase a Sentra SV with Driver Assist Package, which includes the innovative active safety features customers highly desire and utilize on a daily basis – such as Blind Spot Warning and Rear Cross Traffic Alert.”

Full pricing on all grade levels and packages will be announced later.

Also announced at the Los Angeles Auto Show was the new Nissan Versa Note Color Studio program, which allows owners to “make it yours” through an a la carte selection of 13 exterior and interior accent accessories, each available in a choice of six vibrant colors.

The 2016 Sentra also delivers enhanced performance and handling through a retuned suspension design featuring a 10 percent increase in spring and damper rates, as well as enhanced body stiffness for improved roll and body control. Drivability is enhanced through use of the next generation D-Step Logic Control for Xtronic transmission-equipped models.

The D-Step Logic Control helps provide a more stable, natural and crisper shift feel (versus the previous execution). Steering feel and response has also been improved through use of optimized Electric Power Steering (EPS) mapping in conjunction with the revised suspension and new tire design.

All 2016 Sentra models utilize a fuel-efficient 1.8-liter 4-cylinder engine mated to an advanced Xtronic transmission with sub-planetary gear. A 6-speed manual transmission is also available with the Sentra S grade.

Lexus CT 200h compact hybrid not planned for the U.S. for now

February 16, 2010 Omar Rana Comments Off on Lexus CT 200h compact hybrid not planned for the U.S. for now